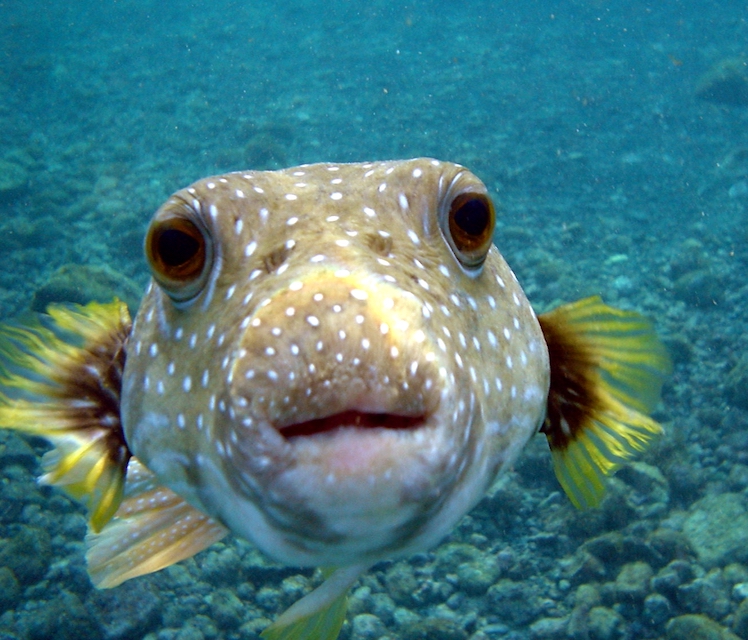 May 16, 2017 (Phys.org) -- Human teeth evolved from the same genes that make the bizarre beaked teeth of the pufferfish, according to new research by an international team of scientists.

The study, led by Dr Gareth Fraser from the University of Sheffield's Department of Animal and Plant Sciences, has revealed that the pufferfish has a remarkably similar tooth-making programme to other vertebrates, including humans.

Published in the journal PNAS, the research has found that all vertebrates have some form of dental regeneration potential. However the pufferfish use the same stem cells for tooth regeneration as humans do but only replace some teeth with elongated bands that form their characteristic beak.

The study's authors, which include researchers from the Natural History Museum London and the University of Tokyo, believe the research can now be used to address questions of tooth loss in humans.