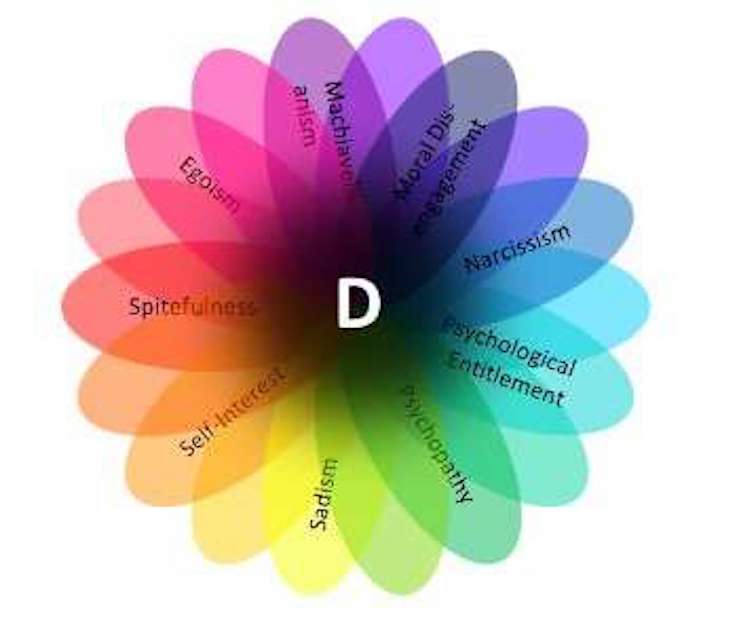 Sept. 27, 2018 (MedicalXpress) -- New research reveals a common denominator of all dark personality traits that can be defined as the general tendency to maximize one's individual utility -- disregarding, accepting or malevolently provoking disutility for others -- accompanied by beliefs that serve as justifications.

Egoism, Machiavellianism, narcissism, psychopathy, sadism, and spitefulness are among the traits of the malevolent side of human personality. As results from a recently published German-Danish research project show, these traits share a common "dark core." People with one of these tendencies are also likely to have one or more of the others.

Both world history and everyday life are full of examples of people acting ruthlessly, maliciously or selfishly. In psychology and in everyday language, such dark tendencies are termed psychopathy (lack of empathy), narcissism (excessive self-absorption), and Machiavellianism (the belief that the ends justify the means), the so-called dark triad, along with many others such as egoism, sadism, or spitefulness.

Although at first glance, there appear to be noteworthy differences between these traits -- and it may seem more "acceptable" to be an egoist than a psychopath -- new research shows that all dark aspects of human personality are very closely linked and are based on the same tendency. That is, most dark traits can be understood as flavored manifestations of a single common underlying disposition: The dark core of personality. In practice, this implies that if you have a tendency to show one of these dark personality traits, you are also more likely to have a strong tendency to display one or more of the others.