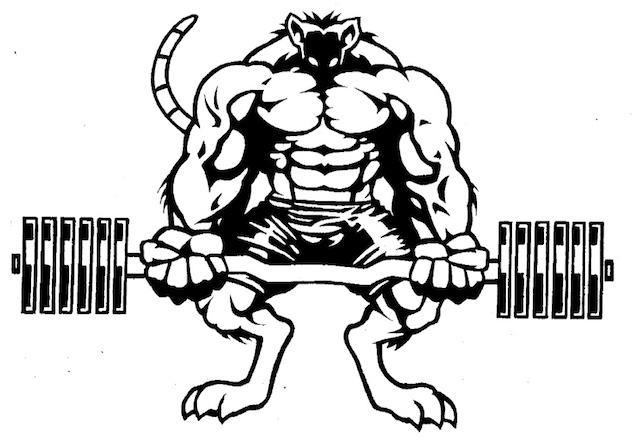 Thanks to the COVID-19 (over)response, March 10, 2021, marked one full year since I had worked in-person as a fitness trainer. It was one full year since I had even been inside a gym, for that matter. This is a sea change in my life. I’m fine training myself at home (although I do miss some of the equipment) but the anniversary got me thinking about a cross-section of my gym and dojo experiences. Lucky for you, I’m gonna share a few anecdotes here. 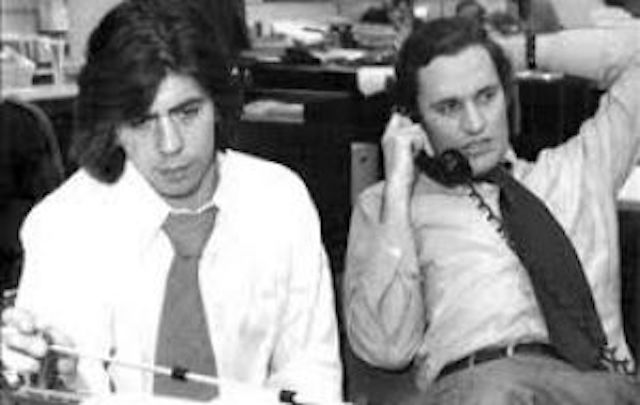 At my first-ever gym job in the Vertical Club (VC), former Washington Post reporter Carl Bernstein regularly worked out with any trainer he could coerce into taking him. He supposedly never paid the club for this service — a habit that reportedly got him into trouble at a downtown gym some years later (talk about "following the money"). None of the VC trainers ever wanted to work with him because he would rarely talk during the entire session… unless it was to inquire about female gym members. He’d spend the full session pretending to exercise as he gawked at women.

Whenever Carl would walk up to the gym floor desk and ask me if I had time to train him, I’d reply: “Only if you tell me who Deep Throat is.” It never failed to elicit a fake laugh. Many years later, Deep Throat’s identity became known, and here’s an excerpt from an article (“Deep Throat as Sideshow”) I wrote about it:

Remember, Nixon was brought down for his role in the Watergate cover-up… not for, say, war crimes in Southeast Asia or Vietnam. The adversarial (sic) press is ever at the ready to topple leaders over misdemeanors but the felony offenses remain taboo. In fact, that same lapdog press willingly plays its part in resurrecting disgraced leaders like Nixon (and turning "I am not a crook" into an enduring punch line). If Nixon had resigned after being charged with mass murder, well, perhaps his public rehabilitation might not have gone as smoothly. Watergate, Deep Throat, Woodward, Bernstein, etc. — these are all smokescreens effectively obscuring the catalog of crime we call American History.

I like to imagine that good ol’ Carl eventually came across this little essay while surfing the web.

Bonus VC anecdote: During my tenure, I had a regular client named Liz. She and I worked together so often that folks often associated us as a team. Anyway, she eventually went to law school and missed some time in the gym. A curious friend asked me: “Where’s Liz been?” I instantly replied: “Portugal.” Felt pretty damn good about myself, too. 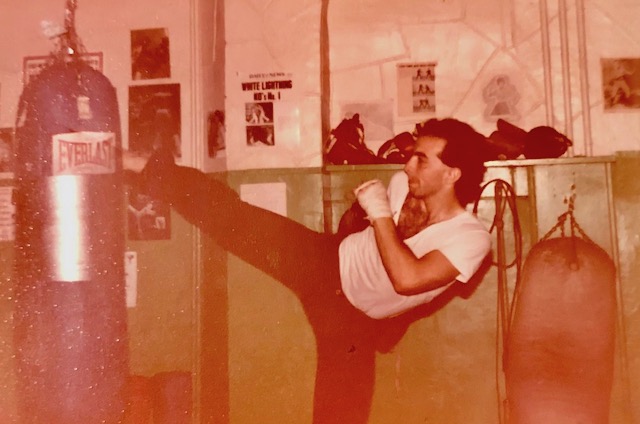 Me working out at City Star Kickboxing Gym

Well before cable TV and the internet turned kickboxing into a bloody spectacle called MMA, I trained at Astoria’s City Star Kickboxing Gym with some contenders and some champions. I helped Enrique, the owner, put out a pretty good kickboxing competition newsletter, too. But, like everyone else, I had to prove myself in the ring.

Early on, I got matched to spar with a guy who was well-liked but not much of a fighter: a dude named Phil. Insulted to be regarded in Phil’s class, within 30 seconds, I put him down with a left hook that bloodied his nose. I took a second to gaze at my gloved left hand in wonder while Phil tried to struggle to his feet (he failed). Good moment… in that macho sort of way. In the future, they matched me with much better and more experienced fighters. City Star eventually closed when Enrique went off to fight in El Salvador — but I’m not sure for which side.

One day, I was standing before the urinal at Gold's Gym in Astoria, faced with a sign that once read:

An odd but enterprising soul scraped off the U and L in urinals, along with removing the bottom of the R to make it look like a P. The edited sign read: 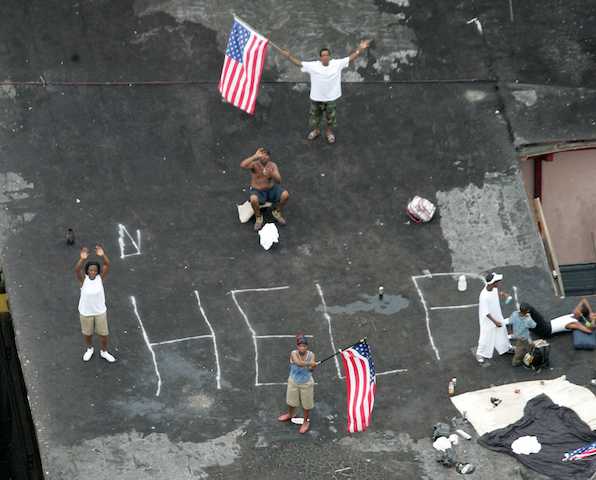 “Why didn’t they just leave?”

An excellent example of the gap between this particular trainer and some of his clients occurred during the early days of the Hurricane Katrina aftermath. At that time, I trained three female lawyers — one early mornings session after the other — in the private gym of a major Manhattan law firm.

On this particular day, I had one of these clients on the elliptical machine. The TV was blaring and all eyes were transfixed on the horrendous but predictable images of official indifference.  Staring at a poor black family as they waded through chest-deep water, my client blurted out: “I don’t understand. Why didn’t they just leave?”

There was just enough smugness in her voice to irritate me but I stayed calm, replying: “Most of them couldn’t leave.” Unconvinced, she declared: “I would’ve gotten in my car and gone to stay in a hotel or something.” I swallowed deeply. “Many of those in New Orleans are very poor. They may not be in a position to own a car or pay for a hotel room.” My client was unconvinced. “I know, but I just don’t get why you would stay there if you know a hurricane is coming.” Before I could respond, someone new walked into the gym and broke the tension by starting a different conversation. My client and I went on with our workout. The people in New Orleans went on with trying not to die. 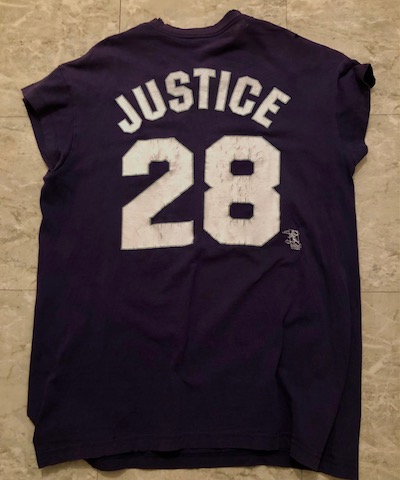 For a while, I was in the employ of a corporate gym (cue the shame and self-loathing) in midtown Manhattan. One night, I was wearing a Yankees t-shirt with the name "Justice" emblazoned on the back — for former Yank, David Justice. (I still have the shirt; see above photo.) An older woman named Mary stopped by the desk. She was in her early seventies and retired but, as a former employee, still had gym privileges.

Mary asked me if I was a Yankee fan. I told her yes, I was. I also explained that my real reason for wearing the shirt was all about the word "justice." She smiled and declared that justice was a "noble idea." This was early 2002 so I braced myself for something like: “We need to show those towel heads some justice.” Instead, Mary told me — albeit in a whisper — she was going to Washington the following week for an anti-war march. After this confession, Mary looked genuinely nervous. Had she gone too far? I leaned closer and said: "Don't worry, I'm with you."

Mary and I proceeded to talk each time she'd come to the gym, but it was always off to the side — out of listening range like we were the French resistance or something. Principles are great, but this was shortly after 9/11 and if we were overheard, I might have been fired… and, well, I have yet to find a principle that pays the Con Ed bill.

The company eventually phased out the gym but just before my last day there, I saw Mary and complimented her on how hard she’d been training. She leaned close to me and whispered: “When the revolution comes, I'll be ready.”