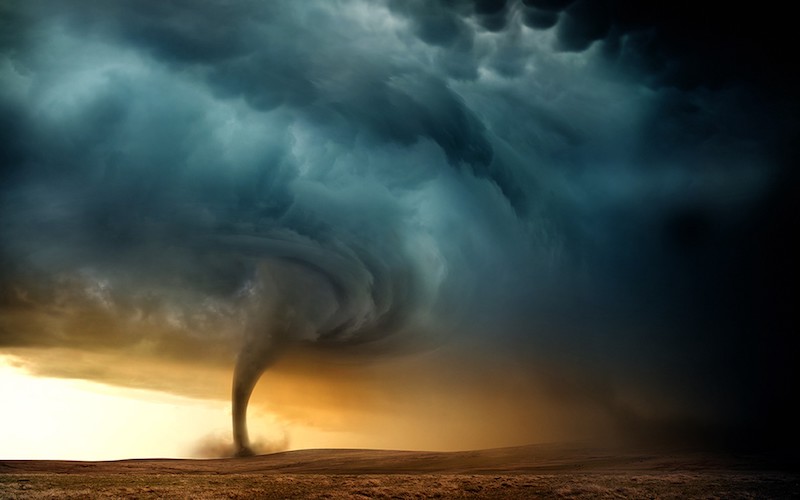 We Need Three Decades of Revolutions. But Are We Capable of It?

July 25, 2020 (Eudaimonia & Co) -- Any thoughtful person should understand that, at this juncture in human history, civilization is in trouble.

We face three to five decades of mounting catastrophe, three apocalyptic waves of it -- of which the Coronavirus pandemic is a mere foreshadowing. Climate change goes nuclear in the 30s, by the 2040s mass extinction begins to kill off life as we know it on planet earth, and by the 2050s, the planet’s great ecosystems -- on which our civilization depends for food, water, air, medicine, and energy -- all begin to irreversibly and finally implode.

Bang! The depressions, panics, upheavals, migrations, lockdowns, and fascisms unleashed by the waves of catastrophe heading our way are going to make the last six months look like a pleasant memory.

The stakes have never been higher. We aren’t Rome collapsing. We’re more like the dinosaurs. We face existential threats so vast they challenge our ability to really comprehend them. By the middle of the century, on the path it’s on, our civilization will simply not be able to survive. And if you doubt me, take a hard look at America -- a nation that denies all the above. How’s life working out there?

How big? I’ve estimated the cost at $20 trillion. That’s massive -- it’s like adding the size of the world’s largest economy, America, to the global economy. But without investment on that scale, by the middle of the century our civilization will end up like America -- unable to provide the basics to people anymore, from food to water to air to medicine.

Our civilization will not survive without a Great Transformation, a series of revolutions that reshape everything -- and I mean everything. You might think all that’s a long way of saying: we need to fix the world. True. Yet as I’ve thought about it, I’ve come to understand that there are five worlds, really, that we need to fix.

Let me begin with the abstract, and we’ll quickly get real.