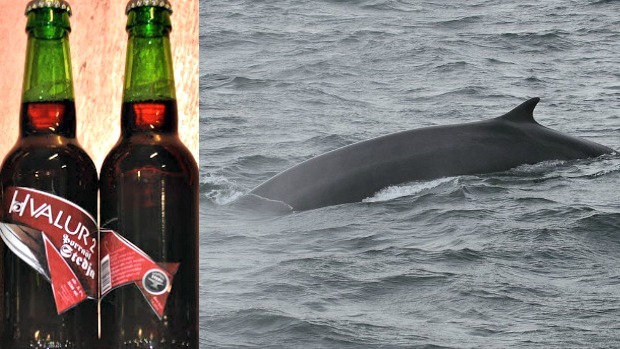 The testicles come from the endangered fin whale, which is legal to hunt in small quantities under Icelandic law. Dagbjartur Arilusson is co-owner of the Stedji brewery. He tells As It Happens host Carol Off, "It's really a normal beer but we add the whale testicle during the boiling procedure. It's the extra ingredient of the beer."