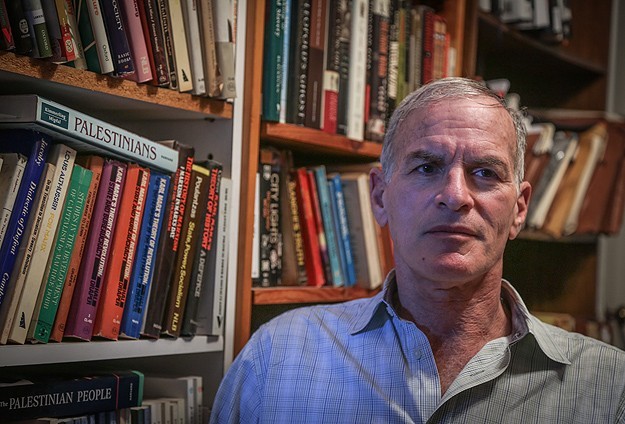 Run by Julius Streicher, it was notorious for being one of the most virulent advocates of the persecution of Jews during the 1930s.

What everybody remembers about Der Stürmer was its morbid caricatures of Jews, the people who were facing widespread discrimination and persecution during the era.

Its depictions endorsed all of the common stereotypes about Jews – a hook nose, lustful, greedy.

"Let's say, ... amidst all of this death and destruction, two young Jews barged into the headquarters of the editorial offices of Der Stürmer, and they killed the staff for having humiliated them, degraded them, demeaned them, insulted them," queried Norman Finkelstein, a professor of political science and author of numerous books including “The Holocaust Industry” and “Method and Madness.”

"How would I react to that?," said Finkelstein, who is the son of Holocaust survivors.

Finkelstein was drawing an analogy between a hypothetical attack on the German newspaper and the deadly Jan. 7 attack at the Paris headquarters of the satirical magazine Charlie Hebdo, that left 12 people dead, including its editor and prominent cartoonists. The weekly is known for printing controversial material, including derogatory cartoons about the Prophet Muhammad in 2006 and 2012.

The attack sparked a global massive outcry, with millions in France and across the world taking to the streets to support freedom of the press behind the rallying cry of "Je suis Charlie,” or “I am Charlie.”

What the Charlie Hebdo caricatures of the Prophet Muhammad achieved was "not satire," and what they provoked was not "ideas," Finkelstein said.

Satire is when one directs it either at oneself, causes his or her people to think twice about what they are doing and saying, or directs it at people who have power and privilege, he said.

"But when somebody is down and out, desperate, destitute, when you mock them, when you mock a homeless person, that is not satire," Finkelstein said.

"That is, I give you the word, sadism. There’s a very big difference between satire and sadism. Charlie Hebdo is sadism. It’s not satire"

The "desperate and despised people" of today are Muslims, he said, considering the number of Muslim countries racked by death and destruction as in the case of Syria, Iraq, Gaza, Pakistan, Afghanistan and Yemen.

The Anadolu Agency is the official press agency of Turkey