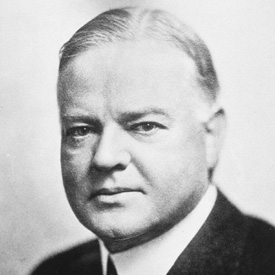 “Necessitous men are not free men. People who are hungry and out of a job are the stuff of which dictatorships are made.” --Franklin Delano Roosevelt

I am a child of history; I was a kid who sat in the corner listening to the stories of the garrulous old men reflecting on life, after having too much to drink. My parents both grew up poor during the last Great Depression and, occasionally, something will occur that strikes one of those old memory chords. This morning as I walked out into the sunlight, at the bottom of the stairs there sat parked a shiny new automobile and instantly my brain shouted “Rock!” at me.

My mother had told me about this game that she and the other children played growing up in inner city Chicago. The girls would be jumping rope or playing hopscotch and the boys would be doing what boys do when someone would shout, “Rock!” The children would drop their toys and cease their play and hunt up a nice, good sized rock. Because the cry “Rock!” carried with it a special meaning, it meant that there was a new car coming down the street. Was this class envy perhaps or poor parenting skills, what could make these children all behave so wantonly?

To these young children the appearance of a new car meant someone with money was coming down the street. The only people who came into their neighborhood in new cars were landlords, rent or bill collectors. These children at 10 or 12 years of age well understood the distinction between rich and poor and what they saw wasn’t envy, but oppression. Mr. Hoover had told them prosperity was just around the corner, the newspapers, all staunchly Republican, had repeated and encouraged Mr. Hoover’s message,

“Economic depression cannot be cured by legislative action or executive pronouncement. Economic wounds must be healed by the action of the cells of the economic body -- the producers and consumers themselves.” --Herbert Hoover

A very high and grand philosophical pronouncement, but these children saw it a bit differently. To these children with bright eyes and eager faces, it meant they would go without enough to eat. It meant their families would disintegrate before their eyes because their fathers and mothers could find no work. My own mother held life-long enmity for her own father who had abandoned the family during the depression. It wasn’t until many years later -- after I had studied the times and finally had the message jack-hammered into my own brain like a pounding -- before I could begin to understand myself.

“Freedom is the open window through which pours the sunlight of the human spirit and human dignity.” – Herbert Hoover

I guess it’s all a matter of perspective isn’t it? How a big fat man living in a big white house eating sumptuous meals can speak about freedom and sunlight so, as children starved and ate from garbage cans.

“The people of this country want relief, and they do not have to eat a whole side of beef to tell when it is tainted. They have bitten off the hoof of this situation in the United States. They know. We have given them no place to go.” --Huey Long

As you travel through your life today you must see what is unseen and hear what is unspoken. That man at the convenience store or the waitress who brings you your coffee, they are poor people. They work for less than subsistence wages, they don’t save for retirement and they don’t have health care. One in three Americans can’t make their rent or mortgage payments. Of 50 million mortgages in America, 12 million are currently under water. More than 10 million homes have been foreclosed upon already, affecting at least 40 million Americans, including 20 million children, and we have given them no place to go.

Why does the Washington Post think another one million more families thrown out into the road to live as vagrants is a good idea?

“Economic depression cannot be cured by legislative action or executive pronouncement. Economic wounds must be healed by the action of the cells of the economic body -- the producers and consumers themselves.” --Herbert Hoover

It is repetitions of the fat man speak, it is sugar coated and dressed up in fine clothes but, when you strip it bare and look honestly at the message of the naked words, they are those of your government saying, Fuck you!

Since April of 2006, wage growth in this country has reached 0.1 percent in only two months while in seven months there has been no wage growth at all. Over the same time, the cost of living has averaged a rise of 0.6 percent each month. If you are very, very lucky you are working the same number of hours you worked 12 months ago. In all private non-farm payrolls the average number of hours worked per week is 34.5 meaning that, even at $10 per hour, well above the minimum wage, a worker must try to survive on $345.00 a week before taxes. The average rent in 2012 has risen to $1,091 per month; meaning that an American worker earning $10 an hour -- which would be nearly 40 percent above the federal minimum wage --  cannot afford the very basics of life. The average pay for those in the leisure and hospitality industry is $349.00, that’s bars, restaurants, hotel workers, theaters and amusement parks. For retail workers the average wage for all workers is $16.31 per hour or $500 per week, that is, if they get the average 34 hours.

After paying rent they are left with $900 for the month to buy food, pay utilities, laundry, gas or car insurance. As I walked past a pay phone in front of the grocery store yesterday, I heard a young woman on the phone, “A car? I haven’t had a car in six months. It broke down and I couldn’t afford to get it fixed.” And I thought to myself, “I bet that’s right.” More than 8 million American workers laboring part time for economic reasons and they dream about $500 a week. In May, the Bureau of Labor statistics proudly announced, 79.1 percent of American households have at least one member employed. Think about that, think about what that really means. It means more than 20 percent of American households don’t have anyone employed in them.

It is a crime and a travesty, it is the thing that revolutions are made of. More than 16 million children live in poverty and half of all Americans will live in poverty before the age of 65. One in six Americans currently lives in poverty and one in two is either in poverty or is low income. From the CIA world Fact Book: “The wars in Iraq and Afghanistan required major shifts in national resources from civilian to military purposes and contributed to the growth of the U.S. budget deficit and public debt -- through 2011, the direct costs of the wars totaled nearly $900 billion, according to U.S. government figures.” But for you my fellow Americans you get the fat man talk,

“And to all those who have wondered if Americas beacon still burns as bright -- tonight we proved once more that the true strength of our nation comes not from our the might of our arms or the scale of our wealth, but from the enduring power of our ideals: democracy, liberty, opportunity, and unyielding hope. --Barack Obama

Somehow, blowing smoke and up my rear end got left out of that equation, what about the sunshine and the open windows? Fat man speak says, ignore the needs of the people, speak in lofty platitudes, tell the hungry, the poor and the dispossessed just how wonderful they have it. Then tell them why we need to make even more cuts.

“A mob is coming here in six months to hang the other 95 of you damned scoundrels, and I'm undecided whether to stick here with you or go out and lead them.” --Huey Long to the United States Senate