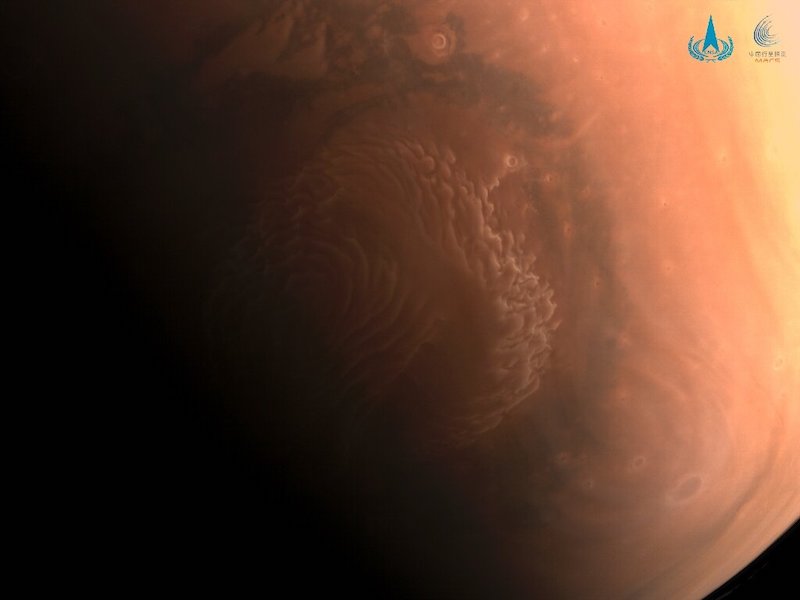 Mars (seen in an image released on March 3, 2021 taken by China's Tianwen-1 probe which carried the rover) is the the most prestigious of all prizes in the competition for dominion of space.

May 15, 2021 (AFP) -- China's probe to Mars touched down on the Red Planet early Saturday to deploy its Zhurong rover, state media reported, a triumph for Beijing's increasingly bold space ambitions and a history-making feat for a nation on its first-ever Martian mission.

The lander carrying Zhurong completed the treacherous descent through the Martian atmosphere using a parachute to navigate the "seven minutes of terror" as it is known, aiming for a vast northern lava plain known as the Utopia Planitia.