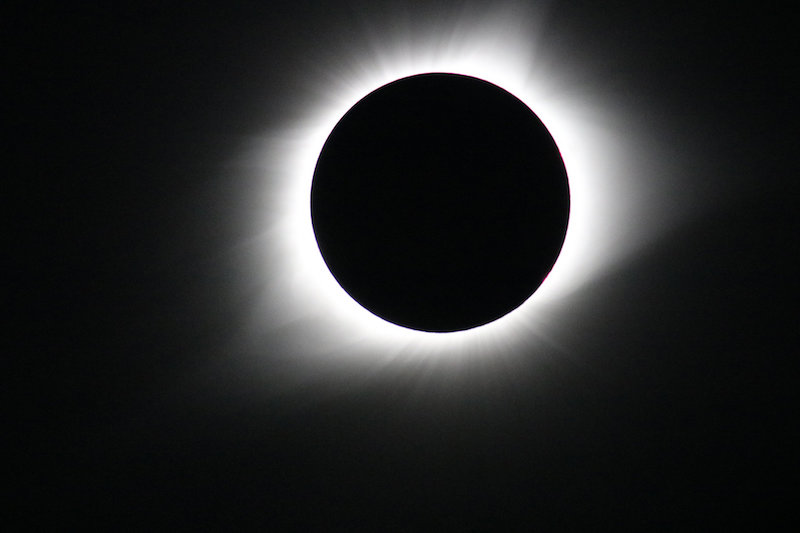 Parker Solar Probe will explore the corona, a region of the Sun only seen from Earth when the Moon blocks out the Sun's bright face during total solar eclipses. The corona holds the answers to many of scientists' outstanding questions about the Sun's activity and processes. This photo was taken during the total solar eclipse on Aug. 21, 2017. Credit: NASA/Gopalswamy

Early on an August morning, the sky near Cape Canaveral, Florida, will light up with the launch of Parker Solar Probe.

No earlier than Aug. 6, 2018, a United Launch Alliance Delta IV Heavy will thunder to space carrying the car-sized spacecraft, which will study the Sun closer than any human-made object ever has.

"We've been studying the Sun for decades, and now we're finally going to go where the action is," said Young.

Our Sun is far more complex than meets the eye. Rather than the steady, unchanging disk it seems to human eyes, the Sun is a dynamic and magnetically active star. The Sun's atmosphere constantly sends magnetized material outward, enveloping our solar system far beyond the orbit of Pluto and influencing every world along the way.

Coils of magnetic energy can burst out with light and particle radiation that travel through space and create temporary disruptions in our atmosphere, sometimes garbling radio and communications signals near Earth. The influence of solar activity on Earth and other worlds are collectively known as space weather, and the key to understanding its origins lies in understanding the Sun itself.

"The Sun's energy is always flowing past our world," said Fox. "And even though the solar wind is invisible, we can see it encircling the poles as the aurora, which are beautiful -- but reveal the enormous amount of energy and particles that cascade into our atmosphere. We don't have a strong understanding of the mechanisms that drive that wind toward us, and that's what we're heading out to discover."