More than half of Amazonian armadillos carry leprosy | John Spencer 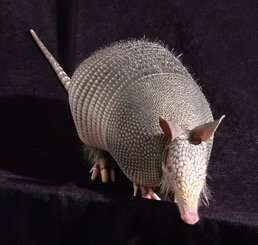 Nine-banded armadillo (Dasypus novemcinctus). Credit: Richard Truman, USPHS Public Domain (2014).June 28, 2018 (MedicalXpress) -- The bacteria that causes leprosy, a chronic disease that can lead to disfigurement and nerve damage, is known to be transmitted to humans from nine-banded armadillos. A new study in PLOS Neglected Tropical Diseases reports that 62 percent of the armadillos in the western part of Pará state in the Brazilian Amazon are positive for the leprosy bacteria.

Transmission of Mycobacterium leprae from armadillos to humans has been shown to occur in the southern United States. However, these animals also live in the Brazilian Amazon, where some residents hunt and kill armadillos as a dietary source of protein. It has not previously been proved whether these animals act as a natural reservoir for leprosy transmission in Brazil.