Me and Bruce Springsteen | Mickey Z. 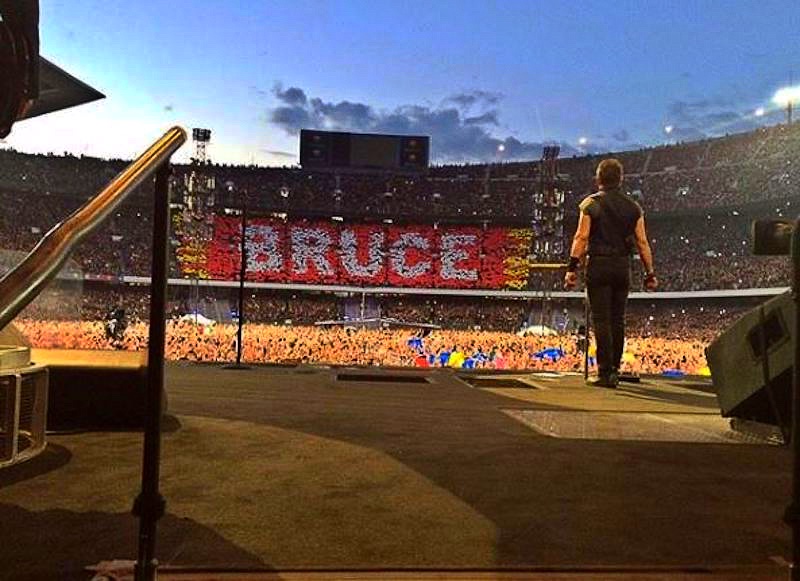 You could say I started writing this story a long, long time ago, but… the actual genesis of it reaching its current pixelated form is contained within this short video:

Watching that young man’s joyful first listen to Bruce Springsteen’s “Thunder Road” had me harking back to my own introduction to the iconic song. Back in the day, my friend Ralph and I would sneak on the subway and go to J&R Music World one or two Saturdays a month. Those of you who remember that once-legendary store may be recalling its much larger CD/stereo/electronics incarnation. I’m going back even further to its humble beginning as a legit record store on the second floor of a building near City Hall. Like this: 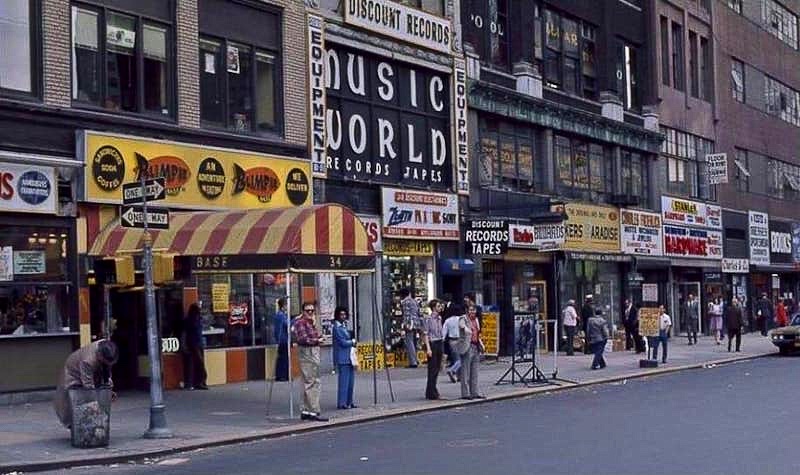 Me and Ralph were flipping through the albums when a white male proto-hipster employee put on a new record. In a flash, everyone was nodding, smiling, and singing along — customers and staff alike. Not used to being unfamiliar with a music trend, I whispered to Ralph: “Who is this?”

“It’s that Springsteen guy everyone’s talking about,” he whispered back.

As side one, song one (“Thunder Road”) of Born to Run blared from the old school speakers, my face was looking like the kid's expression in the video above at around the 4:15 mark. Needless to say, I left the store as the proud owner of the album that launched both a Time and Newsweek cover -- in the same week!

I became a fan, first seeing one of Bruce’s legendary live performance marathons on (I believe) The River tour. By the time he went global with Born in the U.S.A., it got harder and harder to procure tickets for his shows. This led me to do something I'd always wanted to try: sleep overnight on an outdoor line to secure seats to a concert (how 20th century of me).

All of my friends (wisely) declined my invitation to join in on the experience but I was not deterred. I drove into Manhattan on a hot summer night, managed to find a legal parking spot in midtown, and walked over to the location (perhaps a TicketMaster?) — carrying a beach lounge chair, some food, and a couple of bottles of water.

In a flash, friendly and excited Bruce fans were chatting me up and sharing concert stories. It didn’t hurt that I was a single young guy with a car parked nearby. At least one female fan suggested we walk to where I was parked for an air conditioning break. I did not say no.

I caught a little shuteye but come 9 a.m., I was holding four concert tickets in my hand. Full disclosure: I sold one to a close friend so we could go together and made a sweet profit on the other two by reaching out to a guy I knew with ticket-scalping connections.

The show was great. The seats were not. And, to be honest, all these years later, I look back more fondly on the whole sleeping-on-line-for-concert-tickets thing than the actual event.

Fast-forward a few more years and I’m working as the manager of Manhattan’s ritziest, most high-end gym: the now-defunct Vertical Club (VC) on East 61st Street. Celebrities were the norm there — including rock stars like Alice Cooper, Paul Stanley, and an appearance or two from Jagger himself. But one day, a guy on staff tells me he heard Bruce bought a townhouse nearby and was now parking his blue Corvette in the underground garage below the VC.

I did some snooping and found out it was true. Knowing Springsteen’s affinity for exercise, we each imagined he’d soon be our personal training client. Time passed. I’d see the Corvette but never its owner. 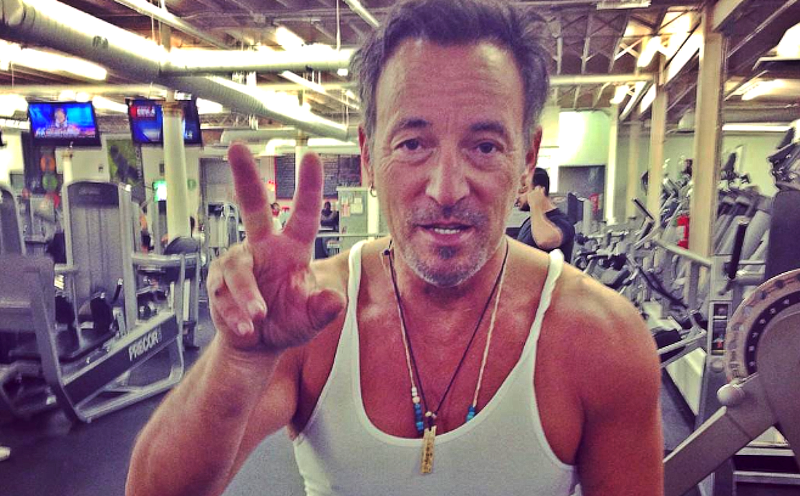 Bruce Springsteen at the gym, photo via @jordanrawlins

One evening, around 8 p.m., the gym floor was slowing down so I stepped outside for some air. Who do I see walking out of the garage? The Boss, of course. He smiled and nodded politely as he passed me and I decided, why not? So, I caught up to him, introduced myself, and asked if he’d mind if I walked with him a little. He looked at my VC uniform and probably figured I was not some rando so, in that scratchy Bruce voice, he said, “Sure, okay.”

I shared a little of my J&R epiphany story and some of the sleeping-on-line episode but mostly, I told him how I appreciated his style and hoped he’d stop by the VC for a complimentary workout. Bruce responded with at least a feigned interest in all I said, making what sounded like sincere small talk with me as we walked. Then he shook my hand, and said: “Well, Mickey, if I decide to try out the gym, I’ll be sure to ask for you.”

I was smiling when I turned away from him. What I saw next kept me smiling. You see, East 61st Street is always packed because it leads directly to the 59th Street Bridge. So, when I released my handshake with Bruce, I turned to see a bunch of drivers stuck in bumper-to-bumper traffic — staring slack-jawed at us.

Thinking they may be wondering if they just saw who they thought they just saw, I gave the drivers a collective thumb’s up and said: “Yeah, that was him.”

I reentered the VC and Frankie, one of the trainers on my staff, was sitting at the reception desk waiting for a call (no cell phones back then). “Hey Mick,” he said, “what’s up? You look dazed.”

“Well,” I casually replied, “I was just out there talking to [pause for effect} Bruce Springsteen.” The powerlifter-sized trainer barreled past me to get outside and see for himself… but it was too late. Frankie was a good guy, though, and he reveled in the fact that at least one of us finally encountered The Boss.

Springsteen never joined the VC. Over time, I eventually found myself listening less to his music. But, to this day, whenever I hear “Thunder Road,” it’s proof to me that time travel exists. I’m transported back into contact with another version of me — and I like what I feel.

P.S. Something tells me that every single person reading this has a song (or three) that can provoke the same kind of temporal glitch for them. Feel free to post your time travel songs in the comments below.