May 2020 Tied For Hottest On Record For The Globe | NOAA 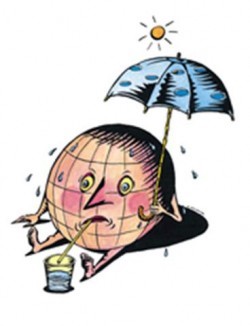 June 12, 2020 (NOAA) -- After registering unusually high temperatures across the globe, May 2020 tied with 2016 as the world’s warmest May on record, say scientists at NOAA’s National Centers for Environmental Information.

The heat wasn’t just limited to May. The three-month season (March through May) and the year to date (January through May) ranked second-warmest in the 141-year global record.

Climate by the numbers

Year to date | January through May

South America, Europe, Asia and the Gulf of Mexico region had their warmest YTD on record. 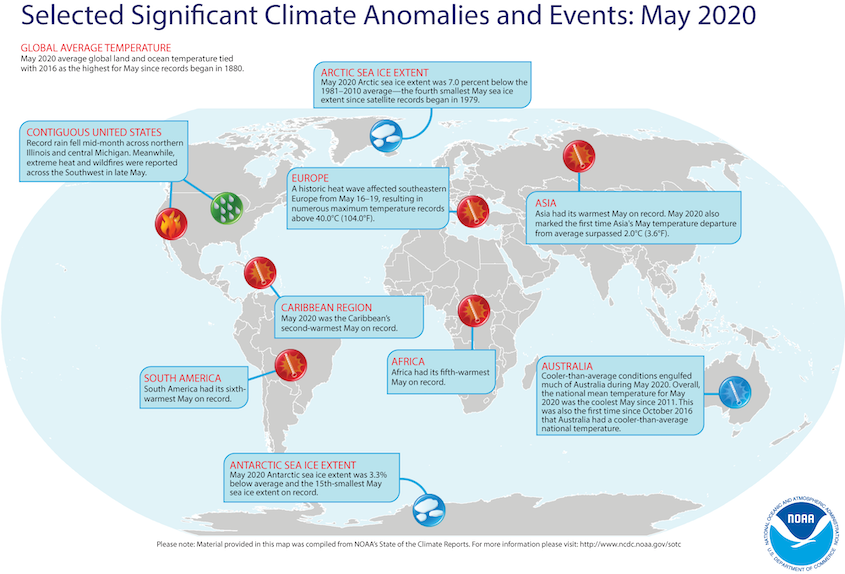 A map of the world noting some of the most significant weather and climate events that occurred during May 2020. For more details, see the bullets below in this story and at http://bit.ly/Global202005.