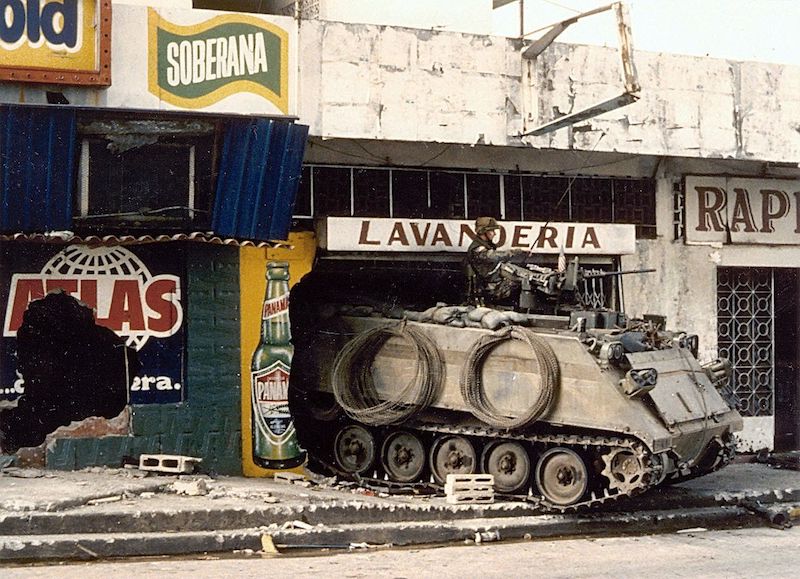 (It’s been a while since I indulged my political history snark and this timely topic seemed like a useful re-entry point.)

Since it seems we may never be done with the “make America great again” refrain, I find it educational to ponder exactly which version of America the MAGA crowd is pining for. Might it be, perhaps, the treasure trove of “greatness” displayed 31 years ago this week when Operation Just Cause just caused a U.S. invasion of the sovereign nation of Panama?

On December 20, 1989 — just two weeks after the fall of the Berlin Wall — President George H.W. Bush ushered in the post-Cold War era with a foray that would’ve been deemed a “sneak attack” if an official enemy nation had initiated it. 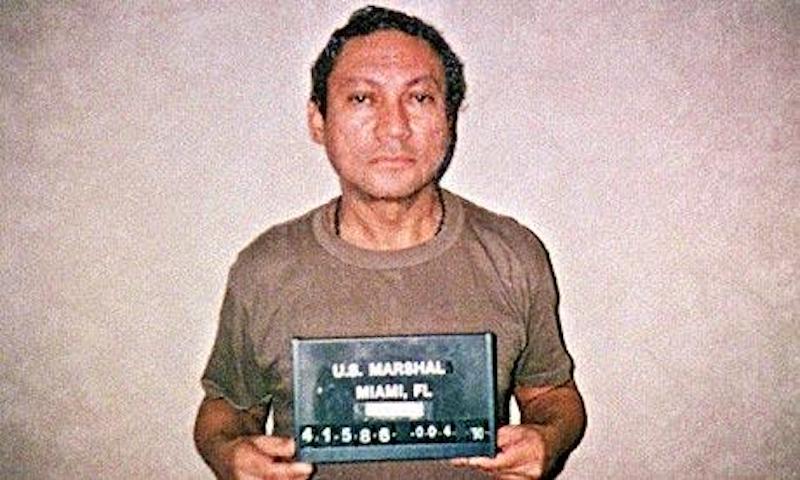 Manuel Noriega was the military dictator of Panama from 1983 to 1989. An ally of the U.S. since the 1950s, he was literally on the CIA payroll — possibly as far back as the 1960s. Like so many other dictator pals of the U.S. (Hussein, Suharto, Marcos, etc.), Noriega eventually outlived his usefulness. He was indicted in a U.S. federal court on drug-trafficking charges and later accused of rigging elections. By late 1989, all the Land of the Free™ needed was one of those classic “pretexts” to launch an invasion.

Bush got his wish on December 16, 1989. Panamanian troops shot and killed a U.S. soldier in Panama City (most likely, in response to U.S. provocation). A second soldier was wounded and a third beaten and arrested. All of that was pushing peace-loving America to the boiling point, but then Noriega’s henchmen really crossed the line. They threatened a U.S. soldier’s wife with sexual assault. “That was enough,” declared an outraged Poppy Bush. (Before you start assuming the U.S. takes sexual assault seriously and cares deeply about the treatment of women across the globe, click here.)

The next thing you know, an invasion of more than 27,000 U.S. troops was in the works. “That invasion, less than eight months before Iraq invaded Kuwait, was condemned by the UN General Assembly,” explains former U.S. Attorney General Ramsey Clark. “No action was taken, although the United States violated all the international laws later violated by Iraq when it invaded Kuwait, plus a number of Western Hemisphere conventions and the Panama Canal Treaties.” The United Nations, on December 29, 1989, overwhelmingly voted to condemn the invasion as a "flagrant violation of international law."

Utilizing a classic spin technique, U.S. Ambassador to the UN Thomas Pickering defended the invasion by claiming that Article 51 of the UN Charter “provides for the use of armed force to defend a country, to defend our interests and our people.” Pickering argued that Bush was compelled to invade because Panama was “being used as a base for smuggling drugs into the United States.” Since such durable disinformation tactics never seem to fail, the long reliable CIA asset General Manuel Noriega fell from grace in record time.

He went into hiding at the Vatican Embassy in Panama City where members of the U.S. military proceeded to blast “heavy metal” music to “torment” America’s former comrade. Yes, in case you’re wondering, their onslaught included this:

Noriega surrendered on January 3, 1990, and was promptly flown to a jail in Florida. Meanwhile, a new Panamanian president was sworn in on an American military base. In the ensuing two years:

We interrupt this article for a brief Henry Kissinger break: “America has no permanent friends or enemies, only interests.” 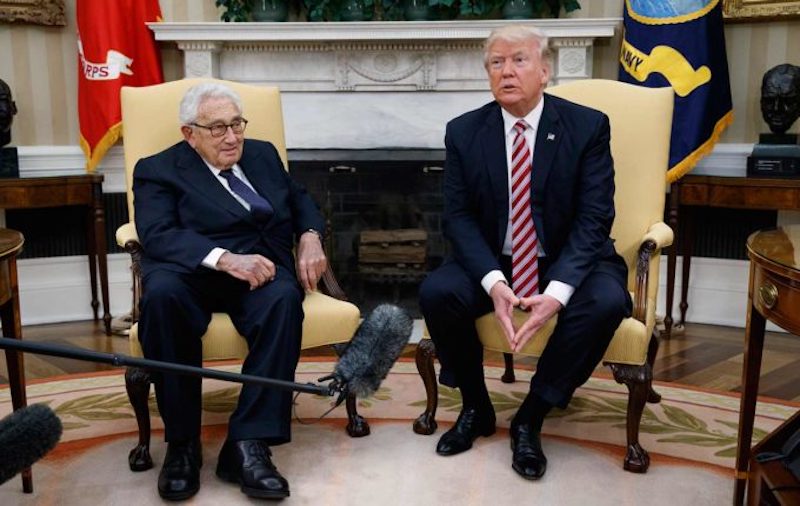 Poppy Bush’s feminist-inspired invasion was, of course, not bloodless. Twenty-three American service members were killed and more than 300 wounded. Estimates range as high as 7,000 Panamanian civilians killed during the invasion. Fifteen mass graves were discovered after the American troops had left and there many reports of unprovoked executions. Some 18,000 civilians were rounded up and sent to U.S.-run detention camps. This included journalists, trade union leaders, university professors, and others who might oppose the invasion. Since more than 20,000 locals also lost their jobs, livelihoods, homes, and businesses, longer-term collateral damage surely increased a death count that will never be fully known.

Bush the Elder was later asked if getting Noriega was worth the loss of life — on the American side, of course. His weepy reply: “Every human life is precious, and yet I have to answer, yes, it has been worth it.”

By the time Manuel Noriega's precious human life came to an end on May 29, 2017, he had long since taken up residency in the proverbial dustbin of history. He hadn’t been useful or “trending” for decades and was thus relegated to virtual invisibility. Even those who vaguely remembered him may have already presumed Noriega to be dead. He’d become a pre-Internet relic without a hashtag — with no one left to tip a red baseball cap in memory of his long and once “great” service to the “interests” of the Home of the Brave™.

For a lot more context, I highly recommend watching this free, 90-minute documentary: