Like Tyson in Tokyo (a street story) — Mickey Z. 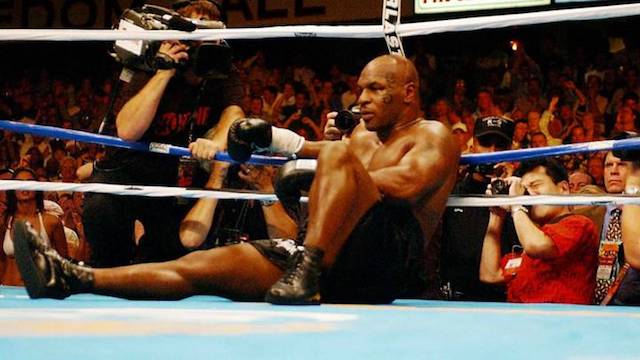 Mike Tyson after being knocked out by James “Buster” Douglas on February 11, 1990, in Tokyo (credit unknown)

It was a crisp evening in 2002, with a taste of spring in the air. I de-boarded a train on the elevated N line — having just finished my shift as a trainer at a corporate gym in midtown. I walked down the subway steps and onto 31st street, under what we call “the el.” It was probably about 7:45 P.M.

The area was quiet enough that the barking sounds of a heated male argument could carry for a block or more. When men fight, their voices and their weapons and their energy colonize their surroundings. I reached the combatants and gazed at them from across the two-way street.

Having witnessed (and participated in) a fair amount of heated male arguments, I knew to initially keep my distance. Through my life experience, the likely origin of this encounter unfolded easily for me: The white guy in a beat-up delivery van was about to pull out of a parking spot when the black guy in a well-kept old Lincoln Continental blocked him in by double-parking. Those old Lincolns really took up space.

Nothing particularly interesting here except the black guy was big, tall, and maybe 25. The more aggressive white guy was short, paunchy, and maybe 45. He was really in the black guy’s face. I suppose that takes some guts — definitely not brains. I was walking slowly as I watched. From out of the corner of my eye, I noticed a livery driver (long before Uber) cruising in my direction. I turned my head millisecond to make sure I was not in the line of fire of the turning car when I heard it: flesh and bone hitting flesh and bone. It was Rocky Balboa left-hooking in the meat freezer — the familiar sound of impact with lethal intent. 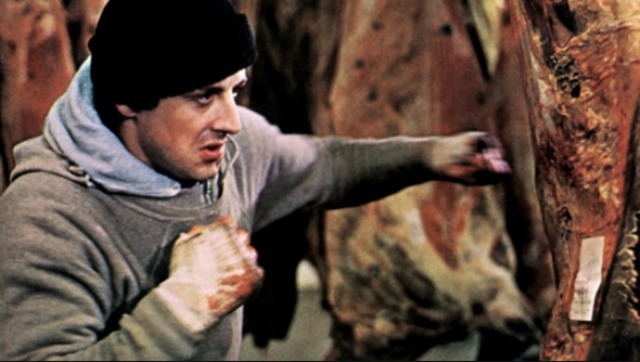 When I quickly looked back, the white guy was already flat on his back. He looked dead and I’ve seen enough dead bodies in the street to know. Full disclosure: The martial artist/boxer/street kid in me really wished I had seen the punch. Anyway, the black guy’s got that one-punch-KO swagger as he re-enters his car and backs up to make room to drive away. I cringe and yell out — anticipating the Lincoln’s tires rolling over the white guy’s head but somehow, he avoided further contact.

The Lincoln screeched off and the white guy wasn’t moving. This was several years before I got my first cellphone so I’m looking around for help. Across the street was a hair salon. I could see three young female employees nervously looking out the window at what just transpired. They were just a few feet away from where the white guy was lying in the gutter, under the el.

I crossed the street to get a better look at the dude. My streetwise senses had me super-cautious. I knew that guy could suddenly awaken, think it was me who hit him, and perhaps go for a gun in the van. I wanted to help but I’m not big on being a martyr.

He was bleeding, still not moving. When I got to about five feet away, he surprised me with a shake of his head. This led me to move towards the salon and try the door. It was locked. I guess it was past closing time and well, a felony assault/possible murder just took place right outside the premises. Locking the door was a prudent move. The three women had moved away from the window and were eying me warily. I was wearing a black jacket and a black ski cap. It was dark and the street was empty except for me and the unfortunate guy who foolishly pushed his luck. Why in the world would or should those women trust me?

So, I pantomimed the situation — trying to explain that:

The women shrugged me off so I escalated things a bit. I yelled through the glass that this guy looked like he really needed help. The woman who appeared to be in charge made the executive decision to send me away. I wish I could have seen my own face at that moment.

Yeah, the men should never have resorted to violence over something as insignificant as a parking spot. But what was done was done. A human being was bleeding on the asphalt and those hairdressers had failed to take any action other than ordering me to leave them alone. They were understandably nervous but they never even tried.

I looked around for help as the flattened white guy stirred a bit more. I failed here, too. I did not check on him… still thinking he might come to, wig out, and display some of his counterproductive bravado on the first Good Samaritan who approached. Just as I was about to run back to the train station to find someone with a phone, I saw him stagger to his feet — shaking his head like Tyson in Tokyo all those years ago.

Amazingly, he got himself back into the van and with another shake of his head, he drove off. I glanced back at the salon but the women were no longer watching the proceedings. I stood there for about a minute before I went home to tell my then-wife the story — still wishing I’d seen the punch.