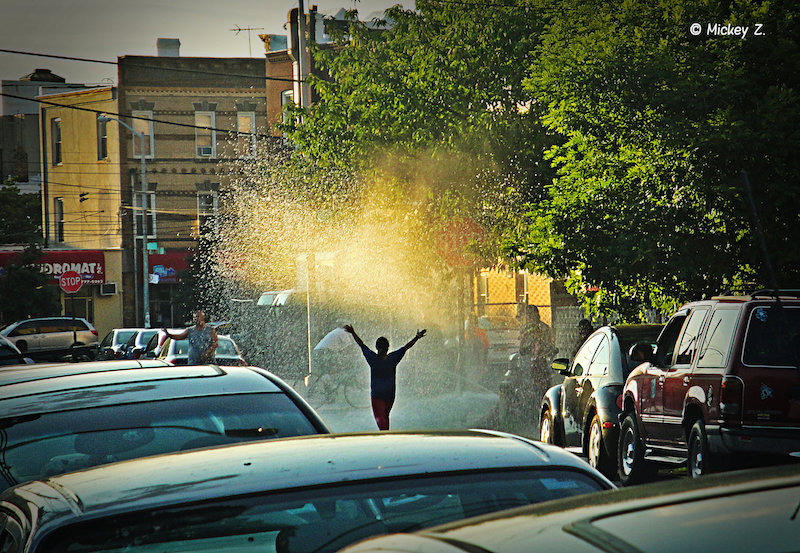 Back in the pre-mask era, I'd regularly venture into Manhattan to train fitness clients. On those early morning trips, it was not uncommon to find myself dodging the watery spray kicked up by dozens of hose-wielding doormen. They would be cleansing the pavement in front of luxury buildings for the daily parade of designer shoes and custom running sneakers. "Sixty-three hundred people in the world die every day from lack of water," says Regina Birchem. She's president of the Women's International League of Peace and Freedom Congress… but I don't know if her building has a doorman.

Your typical human being is about 60 percent water and could survive roughly 3 weeks without food — but only 3 days without water. Meanwhile, according to UNICEF, one in seven of the world's children had no access to safe water. It's not a shortage, mind you, there is the same amount of water on Earth today as there was 2 billion years ago.

"Not only is there the same amount of water on the Earth today as there was at the creation of the planet, it's the same water," wrote Canadian activists Tony Clarke and Maude Barlow in Yes Magazine. "The next time you're walking in the rain, stop and think that some of the water falling on you ran through the blood of dinosaurs or swelled the tears of children who lived thousands of years ago.” 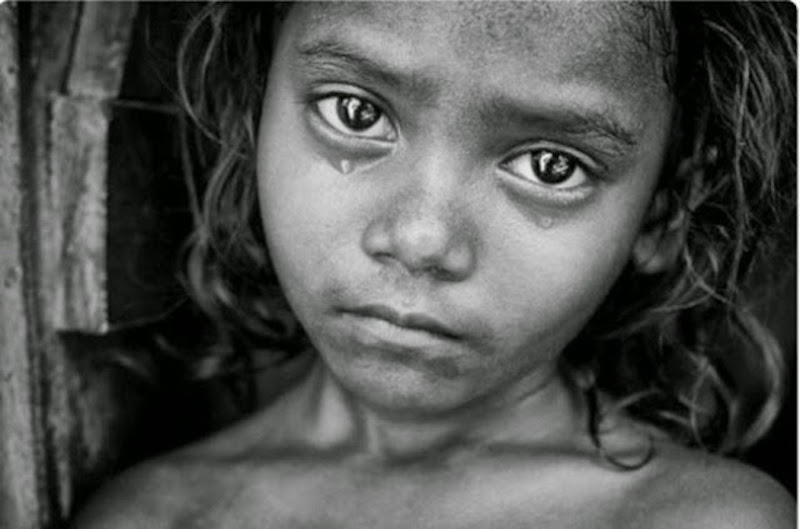 Only 2.5 percent of the Earth's total water is freshwater. Of that, only 1 percent is available for human consumption (the rest of it is stuck in glaciers or snowfields). Therefore, only about 0.01 percent of the Earth's total water is safe for human use. Even so, this seemingly minuscule amount could be enough to support the world's population three times over, if used with care. Care…?

We in the industrialized world have undergone some hardship in light of the COVID-19 pandemic and the myriad responses to it. For context, here’s just a tiny sampling of what the rest of the planet endures — before, during, and after the global crisis:

"The growing scarcity of potable water stems from a variety of causes," added Clarke and Barlow. "Per capita water consumption is doubling every 20 years, more than twice the rate of human population growth, which itself is exploding. Technology and sanitation systems, particularly those in the wealthy industrialized nations, have encouraged people to use far more water than they need.”

Such "personal water use" accounts for 10 percent of water use. Another 20 to 25 percent of the world's freshwater supplies is used by industry. But, the real water hog is irrigation — claiming 65 to 70 percent of all water used by humans, mostly for industrial and factory farming.

"In an age when man has forgotten his origins and is blind even to his most essential needs for survival," Rachel Carson wrote almost six decades ago, "water along with other resources has become the victim of his indifference.” 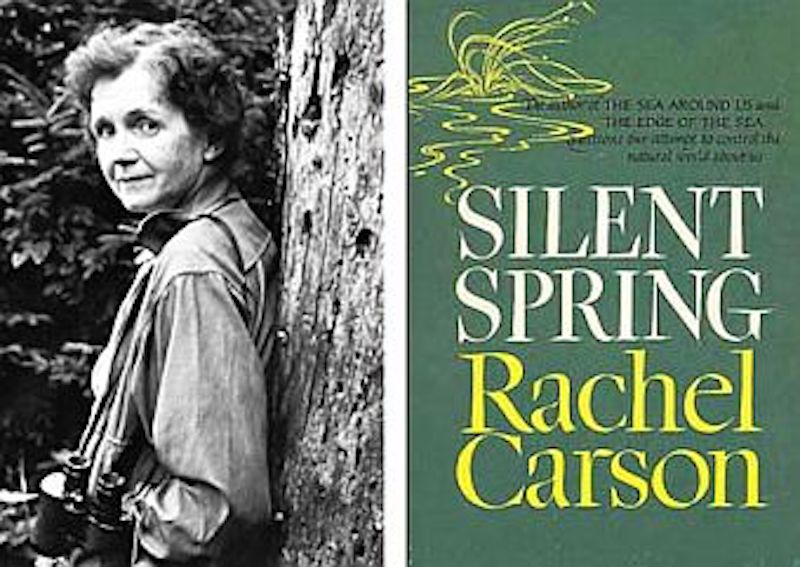 Rachel Carson in a 1950s photograph alongside the cover of her landmark 1962 book, “Silent Spring,” Houghton Mifflin hardback.

Here in the Home of the Brave™, men hired for the primary purpose of holding doors open for the affluent spend each morning dousing the sidewalks with gallons and gallons and gallons of the wet stuff to clear cigarette butts from prime real estate. The disconnect is as profound as it is deliberate.

You can do more than fume. There are some steps you can take — locally and/or globally and beyond personal changes — to play a small role in addressing this crisis. For example, the Thirst Project uses 100 percent of its donations to fund clean water projects. Also, you can discover more about the concept of Effective Altruism here. Educate yourself, share what you learn, and engage in whatever realistic action you can. Discover how to best aim your particular set of gifts and skills. The goal is to be effective... and that requires time, effort, and focus.

In the meantime, I ask you now to just take a few minutes to think about how blessed you are. Even as we try to process the events of the past 10 months or so, we should never forget how much we have to be grateful for. Please ponder this reality. Meditate upon it. Focus the full power of your mind on what lies beyond your newsfeed or outside the realm of the latest headlines. Use your brain wisely — after all, it’s 73 percent water.