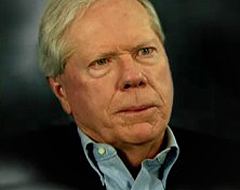 April 2, 2014 (PaulCraigRoberts.org) -- Disinformation succeeds because so many people and interest groups across the political spectrum find that it serves their agendas as well as the agenda of the government.

Consider for example the explanation of 9/11 that blamed Muslim terrorists for the attack. This served the interests of the neoconservatives, the private armaments companies, the U.S. military, the private security companies, government security agencies such as the CIA, the left-wing, the right-wing, the Israel Lobby, and the print and TV media.

The official explanation gave the neoconservatives the “new Pearl Harbor” that they needed for their program of invasions of Middle Eastern countries. The private armaments companies could look forward to decades of high profits. Wars always bring the military rapid promotions and higher retirement benefits. Private manufacturers of security equipment and spyware enjoy a rising demand for their products and have grown fat from the products sold to the TSA and NSA. Homeland Security has vastly expanded the federal workforce and administrative positions. The left-wing has proof of “blowback” caused by U.S. interference in the internal affairs of other countries. The right-wing has proof that America has enemies against whom defense at all costs is necessary. The Israel Lobby has the United Statse to overthrow the regimes in the way of Israel’s territorial expansion. The media has the story of the century with which to boost ratings and curry the favor of government.

These are formidable interests arrayed against the mere obvious truth, obvious, that is, to any educated person. The 2,100 Architects and Engineers for 9/11 Truth have no vested interest in any explanation of 9/11. Indeed, they are harmed by disproving, as they have done, the government’s explanation. None of them will ever again get a government contract, and many of their former clients have turned their backs on “those damn anti-Americans who don’t believe their own government!” Cass Sunstein, a Chicago and Harvard law professor who sold out his integrity, if any, to the Obama regime by accepting an appointment and arguing that the federal government should infiltrate the 9/11 truth movement with agents and set-up truth-tellers so that they could be discredited, possibly even prodding them into actions for which they could be arrested.

In other words, the government’s story cannot stand the light cast by the facts and independent experts, and the government’s false story must be protected by shutting down the truth-telling experts. The government, Sunstein argued, needs to either gain control over these experts or to shut them down.

Just as many different collections of interest groups and people have stakes in the Obama regime’s story of the killing of Osama bin Laden by U.S. Navy SEALS in Abbottabad, Pakistan. This story and its selling by an enthusiastic media guaranteed Obama’s reelection. It served the emotions of super patriots desperate for revenge who wear their gullibility on their sleeves. It served the myth of CIA and NSA prowess. It served the reputation of the killing power of U.S. Special Forces teams. It proved that America won even though it lost the wars in Iraq and Afghanistan. All the trillions of dollars spent were worth it. We got revenge on the guy who did 9/11.

No one remembered that the U.S. government, unable to find bin Laden for 10 years, had settled on a different “9/11 mastermind,” Khalid Sheikh Mohammed, and had him water-boarded 183 times until he confessed to being responsible for 9/11.

If Khalid Sheikh Mohammed “was responsible for the 9/11 operation from A to Z,” why were SEALS sent, illegally, into Pakistan to murder bin Laden? As the FBI says, there is no evidence that bin Laden is responsible for 9/11. That is why bin Laden was not wanted on that charge by the FBI, as the FBI publicly stated.

How was bin Laden, who was known in 2001 to be suffering from terminal illnesses, including renal failure, and whose death was widely reported in 2001 still alive ten years later to be murdered by SEALs?

What sense does it make that the greatest terrorist leader of our time only had two unarmed women to protect him. What sense does it make that the United Statse would murder the terrorist mastermind with all the plots in his head instead of capturing and questioning him? How can anyone be so gullible as to believe such a nonsense tale as told to them by Obama and the presstitute media? Is America really a nation of utter fools?

Like the 9/11 story, the story of bin Laden’s murder is losing credibility with the U.S. population. Pakistani National TV shot Obama’s story down with an eyewitness interview that reported that not one single person, dead body, or any piece of evidence left Abbottadad, because the only helicopter that landed blew up when it attempted to leave and there were no survivors. No other helicopters landed. So there was no dead bin Laden to be buried at sea (there are no known witnesses to the alleged burial) and no photographs of a dead bin Laden.

Yet the nonexistent photos of a dead bin Laden have now emerged in controversy. Allegedly, the U.S. government had photos of bin Laden’s corpse after he was blown away by trigger-happy SEALs who didn’t have enough sense to keep the “mastermind” alive for questioning. The tough macho SEALs were so threatened by two unarmed women that they just opened fire.

Judicial Watch has been trying to pry the (nonexistent) photos of a dead bin Laden from the government’s hands. For “national security reasons” the U.S. government does not want anyone to see evidence that supports its far-fetched tale of bin Laden’s murder. The photographic evidence of a successful raid are off limits. They are like the alleged videos of the airliner hitting the Pentagon that we are not permitted to see for “national security reasons.”

In other words, the photos and videos do not exist and never did. No government, not even the American one, would be so totally stupid as to withhold the evidence for its claims.

The government, seeing its unbelievable stories lose believability at home and abroad used Judicial Watch’s lawsuit to boost the credibility of its story. Judicial Watch filed a Freedom of Information Act lawsuit for the photos that the Obama regime alleged to have of the murdered bin Laden but refused to release. Obviously, the government has no such photos and never had any such photos. But the government does not need evidence when it can rely on the gullibility of the American people.

As the government had no photos to release, the U.S. government decided to use the opportunity presented by Judicial Watch to bolster its story that photos of bin Laden murdered and dead were once in its possession. The government released to Judicial Watch a document under the Freedom of Information Act that is an order from Special Operations Commander Admiral William McRaven to “destroy immediately” the photos of the dead bin Laden.

Judicial Watch took the bait. Instead of realizing that there was no reason whatsoever for the government to destroy the only evidence that might support its claim to have murdered bin Laden, Judicial Watch focused on the illegality of destroying the evidence.
Judicial Watch says that “Federal law contains broad prohibitions against the ‘concealment, removal, or mutilation generally’ of government records.” http://www.globalresearch.ca/top-pentagon-leader-ordered-destruction-of-bin-laden-death-photos/5368389

By damning the government for destroying evidence, Judicial Watch has given credibility to the government’s claim that SEALs murdered Osama bin Laden.

The SEAL team credited with bin Laden’s murder was quickly eliminated when the team was loaded onto a 1960s vintage helicopter in Afghanistan. Apparently the team members were asking one another, “Were you on that mission that killed bin Laden?” Of course, no one was, and this information was too dangerous for the Obama regime.

Paul Craig Roberts was Assistant Secretary of the Treasury for Economic Policy and associate editor of the Wall Street Journal. He was columnist for Business Week, Scripps Howard News Service, and Creators Syndicate. He has had many university appointments. His internet columns have attracted a worldwide following. Roberts' latest books are The Failure of Laissez Faire Capitalism and The Failure of Laissez Faire Capitalism and Economic Dissolution of the West and How America Was Lost.