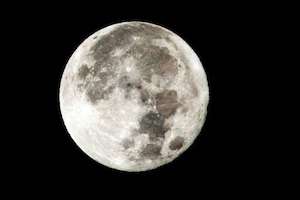 June 30, 2017 (AFP) -- Japan has revealed ambitious plans to put an astronaut on the Moon around 2030 in new proposals from the country's space agency.

This is the first time the Japan Aerospace Exploration Agency (JAXA) has said it aims to send an astronaut beyond the International Space Station, an agency spokeswoman told AFP on Friday.

The idea is to first join a NASA-led mission in 2025 to build a space station in the moon's orbit, as part of a longer-term effort by NASA to reach Mars.

Tokyo hopes that contributing to the multinational mission and sharing Japanese technology will land it a coveted spot at the station, from which it could eventually send an astronaut to the Moon, the spokeswoman said.