Is There a New Variant Targeting the Unvaccinated? — Mickey Z. 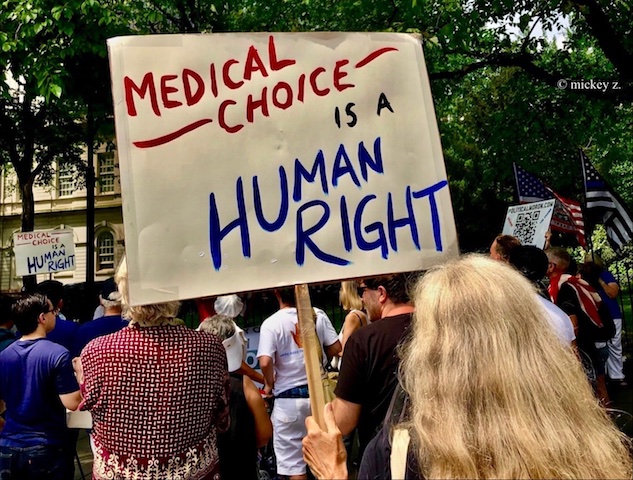 For more about the gaping holes in the mainstream narrative, I invite you to also read (and share) my very recent article, “Real Science: Covid-19 Vaccine FAQ.”

As Dr. Joseph Mercola writes in The Defender, “According to the Centers for Disease Control and Prevention, the White House, and most mainstream media, what we have now is a ‘pandemic of the unvaccinated’.” Click here for just one example of hundreds (if not thousands) of instances where the lapdog media dutifully repeated this false assertion.

In a July 16 White House press briefing, CDC director Dr. Rochelle Walensky claimed: “over 97% of people who are entering the hospital right now are unvaccinated.” If you’re as big a science fan as you claim to be, you might wanna know how they arrived at that number. Please allow Dr. Mercola to walk you through it:

“As it turns out, to achieve those statistics, the CDC included hospitalization and mortality data from January through June 2021. It does not include more recent data or data related to the Delta variant, which is now the most prevalent strain in circulation. The problem is, the vast majority of the U.S.population was unvaccinated during that timeframe. By Jan. 1, only 0.5% of the U.S. population had received a COVID shot. By mid-April, an estimated 31% had received one or more shots, and as of June 15, 48.7% were fully ‘vaccinated.’ Keep in mind that you’re not ‘fully vaccinated’ until two weeks after your second dose (in the case of Pfizer or Moderna), which is given up to six weeks after your first shot. This is according to the CDC. So, those receiving an initial dose in June, for example, won’t be ‘fully vaccinated’ until eight weeks later, sometime in July or August. By using statistics from a time period when the U.S. as a whole was largely unvaccinated, the CDC is now claiming we’re in a ‘pandemic of the unvaccinated,’ in an effort to demonize those who still have not agreed to receive this experimental gene modification injection.”

Translation: The only new variant actually targeting the unvaccinated is corporate propaganda.

This so-called report from the CDC was set up to prove [sic] that the unvaccinated are paying mightily for their foolishness and may also be prolonging the pandemic. Anyone with even a modicum of scientific literacy can see that the numbers are a charade. As for the “prolonging the pandemic” deception, once again, you don’t need a fancy title to recognize what’s going on.

All coronaviruses are prone to mutation. The Covid "vaccines" only target a single (spike) protein of the virus. This is called “selective pressure” and the negative result of such an approach is seen elsewhere in the widespread resistance to specific antibiotics. Another translation: The emergence of more contagious variants is more likely due to the “vaccines,” not the unvaccinated. 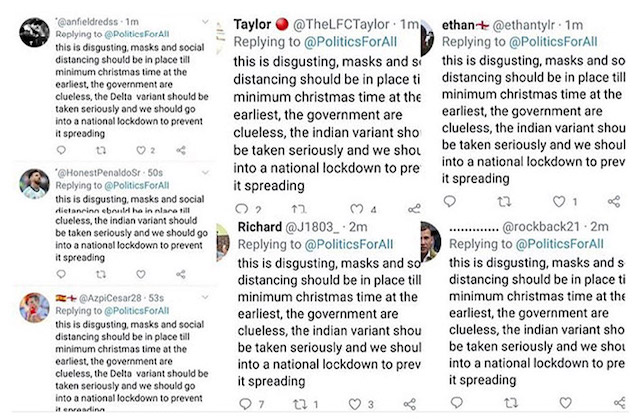 Why is this information not being discussed? I invite you to peruse the images above. These are just two of hundreds (if not thousands) of memes created on bot farms. (Click here to learn more about bot farms.) The memes stir up emotions, spread disinformation, and create opinions. I have literally seen friends and loved ones sharing the exact, fake memes pictured above.

We are being willfully manipulated to think that the Delta variant is more dangerous — especially to the unvaccinated. In reality, it’s probably more of a threat to those who have gotten very limited immunity via the jab. Corporate propaganda and heavy-handed, unscientific measures are the only strains specifically targeting the unvaccinated.

If you think I'm being hyperbolic, I also invite you to take one minute to watch corporate propaganda in action:

Coda: The photo at the top of this article was one I took at an NYC rally. If anyone rolled their eyes at the sentiment, I suggest you read this about medical procedures: “Certain basic principles must be observed in order to satisfy moral, ethical and legal concepts: The voluntary consent of the human subject is absolutely essential. This means that the person involved should have legal capacity to give consent; should be so situated as to be able to exercise free power of choice, without the intervention of any element of force, fraud, deceit, duress, overreaching, or other ulterior form of constraint or coercion; and should have sufficient knowledge and comprehension of the elements of the subject matter involved as to enable him to make an understanding and enlightened decision.” In case you’re wondering, it’s an excerpt from a little something called “The Nuremberg Code” (1947).