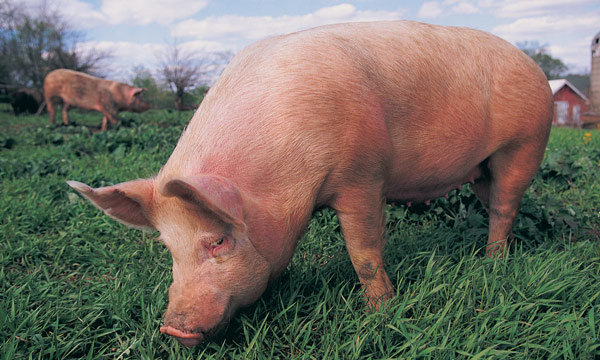 Interview with Jane Burgermeister, a science journalist who has filed criminal charges against the World Health Organization, U.S. officials and business executives. She alleges that the H1N1 “swine flu” pandemic is a hoax designed to sell vaccines.

June 29, 2009 -- Jane Burgermeister, an Austrian science journalist and investigative reporter has filed criminal charges with the FBI against the World Health Organization, the United Nations, and high ranking U.S. officials and business executives. She alleges that officials conspired to use a virus – the H1N1 “swine flu” – that was engineered in a lab to create a flu pandemic in order to sell vaccines.

She calls it an act of bioterrorism.

Her accusations are extremely bold, yet carefully researched and documented and rely on evidence from published scientific research, legal actions, and interviews with prominent scientists. What Burgermeister has done is connect the dots, but has she come to the right conclusion?

The U.S. government has classified the bird flu and swine flu vaccines as bioweapons which would appear to some as incriminating, given the circumstances and the long strange tale of how vaccines become weapons.

One of the key points of Burgermeister’s suit is that the new strain of flu is a synthetic structural recombinant containing genes from birds, humans, and pigs from different continents. Burgermeister said it’s reasonable to assume it came out of a laboratory, specifically a bioweapons laboratory. “Mother Nature does not naturally recombine bird, swine and three human influenza viruses,” asserts Burgermeister. Further, some respected scientists who examined H1N1 say the virus contains strains of the 1918 Spanish Pandemic flu. That flu strain was reassembled by molecular pathologists at the Armed Forces Institute of Pathology in Washington, D.C. and distributed to other agencies, the WHO and pharmaceutical companies around the world.

Another point is that Baxter released contaminated vaccines onto the general public in Austria which resulted in death and sickness. She also warns of plans to make the vaccines compulsory in several countries in reaction to the manufactured pandemic.

On the surface the charge appears outrageous, and yet the evidence Burgermeister has gathered is compelling.

It’s also a lot to digest so I contacted Burgermeister to summarize her allegations.

Kathlyn Stone: You've gathered a mountain of evidence. Is the FBI conducting its own investigation? Are you confident that they will pursue these allegations?

Jane Burgermeister: I have no confirmation the FBI are investigating but I was assured they have to by law investigate if there is credible evidence of a threat or else they expose themselves to the charge of being corrupted.

Stone: Are any other government entities pursuing an investigation into any of the allegations?

Burgermeister: The police here are investigating Baxter but Baxter is very powerful and the health minister and key politicians are all covering up and it will be difficult for any police to convict half the government!

I have evidence to this and will file fresh charges next week hence not much time right now.

Stone: How did you gain access to information that led you to conclude this was a mass conspiracy?

Burgermeister: I have no inside information. I am in Austria where the evidence of a deliberate contamination of 72 kilos by the very company that will supply the vaccines and I built up step by step from the verifiable evidence, examining Baxter and WHO's activities in different countries and seeing parallels in the legal framework.

Stone: There have been suggestions by scientists that the H1N1 could only have been manufactured in a lab. Are any government or scientific authorities supporting your claims?

Burgermeister: My claims are based on evidence.

Also, I am not a scientist and leave these matters to those who are experts and supply me with the genome analysis, etc.,  but even Adrian Gibbs, respected Australian virologist, said on record the swine flu was lab made. He said it was released by accident but I believe he was choosing his words carefully.

Also, a respected Paris organization has said the swine flu is a never before seen virus and has nothing to do with pigs, whereupon even WHO was forced to officially rename the virus.

My argument is these are not vaccines but bioweapons. The disease was genetically engineered and the virus deliberately released to trigger mass compulsory injections with a substance that is classified as a bioweapon according to the U.S. government.

Stone: Is there any chance that the H1N1, or H5N1 for that matter, came about due to negligence or incompetence? Why would Baxter, WHO and others named go to such lengths to deceive?

Burgermeister: There is always a motive for any well planned crime - and that is usually greed. What do Baxter and WHO gain by starting a pandemic and killing millions if not billions?

A great deal. Turns out legislation is in place to allow WHO and the UN to take over the USA and WHO and the EU will take over Europe if millions or billions die from the forced vaccination sparked by a so called "pandemic." So we have a motive for the crime too, a clear benefit.

Stone: Finally, you are challenging some very powerful people. Are you worried for your safety?

Burgermeister: I do not fear for my safety as I have no secret contacts, channels of information, am not an agent of any kind and have no real power. I am just a person who researches this kind of thing as part of their job and who found out from their neighbor about the Baxter incident when she handed me a report in the local newspaper.

Burgermeister has published articles on biotechnology and climate change for international research journals and publications including the British Medical Journal, Nature, and The Scientist.

Documents pertaining to her charges are posted online at Scribd.

Kathlyn Stone is a Twin Cities, Minnesota-based writer covering science, health policy, the economy and international relations for general and professional audiences. She writes for neurology publications and independent media including World News Trust, Twin Cities Daily Planet, OpEdNews, Electronic Iraq, and The Pulse.  She is founder of the website Flesh and Stone, a public interest news site delivering independent reporting on health care and science news, trends, and commentary.