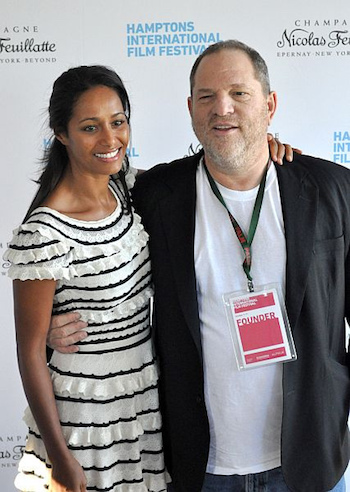 The Greeks and Romans had one up on us: their gods and goddesses were not so easy to impersonate.

Their gods and goddesses acted at a remove from everyday life, out of reach, except in the popular imagination. Two thousand years later, along comes Hollywood with an industry designed to manufacture gods and goddesses, and churns them out in its “dream factories” like so many floor lamps.

Movies, it turned out, with their close-up shots on the giant silver screen, were a much better vehicle for depicting human mythology than the creaky old stagecraft of the Christian church, with its limp and tedious liturgical hocus-pocus. America went cuckoo for movies in our insatiable drive to comprehend the human condition -- or at least to see it represented artistically.

The stereotype of the Hollywood Producer has been vividly established for nearly 100 years now: a vulgarian alpha male in an expensive suit working the casting couch in his office on the lot. The studios made not a few movies about this entitled, predatory stock character, even back in the day when their rule was absolute. He was as well known as Porky Pig. Harvey Weinstein was the apotheosis of this type.

Harvey Weinstein was in the goddess business, the way his ancestors were in the pants business or the pickle business. Women of a certain goddessy type came to him out of the cornfields, the cities, the slums, the backwaters of distant lands, and he transformed them into goddesses for the movie audiences. He was good at it.

For decades, it was as well-known in the movie business, as night follows day, that Harvey often behaved badly among the goddesses he created and trafficked in. His reputation among the ladies must have been something like a walking-talking roach motel, Hell-in-a-bathrobe, with rat poison on top. Had he the good looks of Errol Flynn, the decorum of James Mason, and the melancholy charm of Humphrey Bogart, he might have gotten away with it forever.

But he had the look of some wild Teutonic forest swine, a monster out of the Maurice Sendak Wild Things gallery, with his oversized head and that unfortunate six-day scruff of beard bristling over his hoggish jowls. He was a physical specimen of a villain that only his pet director, Quentin Tarantino, might have dreamed up. In body, he was the very essence of a slob. With all that money, you’d think he could have engaged the services of a personal trainer, a cosmetician, perhaps even a plastic surgeon to buff off the rough edges. But, perhaps, unlike everybody else in show business, he was comfortable being himself.

His antics were legend well before the recent official documentation of his evil deeds in The New York Times. It’s something of a wonder and a mystery that, over the years, more manufactured goddesses didn’t run shrieking from his clutches, or lodge a complaint with the proper authorities -- but such were the blandishments of stardom, I guess, that they didn’t dare. You’d think a certain code would have been shared generously among the ladies around their pantheon: don’t ever let yourself be alone in a room, or even an elevator, with Harvey. If there was such a meme, it didn’t stick.

Paradoxically, this repulsive character, with his outrageously brutish temper to go along with his boorish approach to seduction, produced many of the truly excellent movies of the last quarter-century: The English Patient, Shakespeare in Love, Pulp Fiction, Il Postino, Flirting With Disaster, Emma, Good Will Hunting, The Cider House Rules, Chocolat, Confessions of a Dangerous Mind, Chicago, Cold Mountain, Bad Santa, The King’s Speech, The Artist, The Human Stain, Silver Linings Playbook, Finding Neverland, Fruitvale Station, August: Osage County, The Fighter, Lion, and some not yet released. Many of these won awards, including Best Picture, from the film academy that tossed him under the bus last week.

Harvey’s story is an old one: hubris. He was too intoxicated with his own role as goddess-maker to recognize the dangers of fooling around in his own workshop. Especially in these times of all-out gender warfare. The other gnomes, elves, manufactured gods and goddesses in the Hollywood workshop only piled onto him when they thought it was safe (for their careers) to do so, so shame on them and boo-hoo. They’re as gutless as the grifters in Congress.

But remember, there’s nothing that Hollywood, and perhaps America itself (if that entity still exists as a stock character), loves better than a redemption tale and a comeback. Harvey might do some jail time. When he comes out, I doubt it will be as a born-again evangelical pastor. But, heck, these days you can make movies on your phone. Don’t be surprised if the old reprobate turns up again in showbiz, like the demonic “Michael Myers” in that sturdy old chestnut Halloween.