In a pornified culture, even 'smashing patriarchy' is a fetish | Mickey Z. 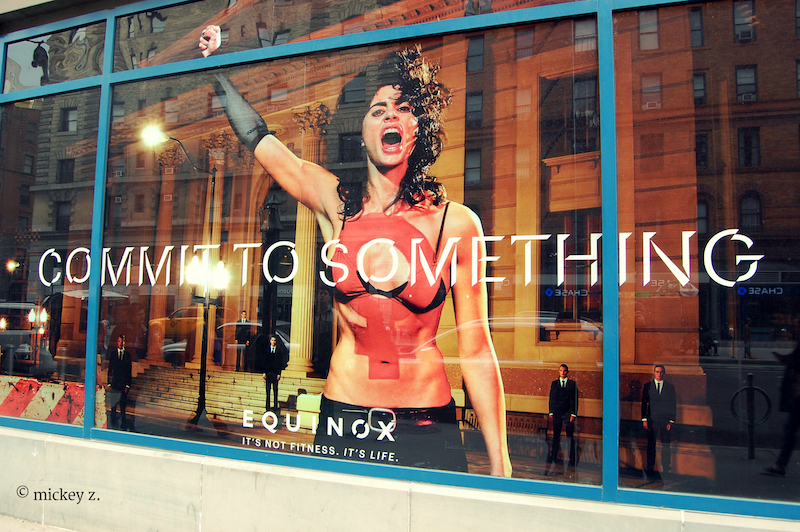 “Nobody in the world, nobody in history, has ever gotten their freedom by appealing to the moral sense of the people who were oppressing them.”

I’ve always appreciated this quote from Assata Shakur and felt it to be ironclad radical truth. Then I woke up to the insidious reality of patriarchy. After too many years dick-footing around, I finally recognized male pattern violence for what it is: the worst problem in the world.

Let’s say a woman decides to subvert imposed gender norms by not shaving her body hair. Well, legions of men dig that “fetish,” too. Google a certain mix of related words and you’ll get about 27,500,000 results (in 0.59 seconds). After all, in a porncentric patriarchy, the only logical reason a woman would ever grow her underarm, leg, and pubic hair would be to seduce, arouse, and please every single man she encounters.

I could go on but since I’m already concerned this article will be considered “hot” by some creeps, please allow me to introduce perhaps the cruelest patriarchal reversal of all: Feminism has been fetishized, as pornographers offer their predatory audiences the big prize of getting the revenge they're all taught to dream of. Scan Tumblr, if you can stomach it, and you’ll find endless mock feminist “re-education” or “reclamation” posts, designed to give the impression that the men in these particularly extreme and violent clips are “freeing” or “curing” women from their feminist tendencies. Cue the dude-bro voice: “She’s a feminist? That’s hot.”

Question: Unless women were to unexpectedly seize control of all military and economic power in the world, how can feminism (as currently defined) lead to systemic liberation?

Which brings me back to Assata and her infamous quotation.

If males as a class oppressing females as a class is the foundational cause of all violence, oppression, and hierarchy -- and EVERYTHING females do has been weaponized and used against them, how can women address this situation if not by “appealing to the moral sense” of “the people who were oppressing them”? If all forms of rebellion are rapidly corrupted into masturbatory fodder for each new generation of porn-addicted boys and men, what chance does this culture have for drastic and sustainable social change if men themselves don’t step up?

Come to think of it, perhaps this is the cruelest irony of all: Must the frontline soldiers in the struggle for women’s liberation be men?

Abolish Gender
In 99.9 percent of activist realms, personal choices do nothing to provoke institutional change. But male supremacy -- the big problem, the one at the root of it all -- can and will be challenged every single time an individual male rejects his patriarchal programming. With that in mind, I’d like to re-visit my list of 10 radically simple ways men can appeal to their own moral sense and get started right now:

Bonus entry: Don’t be too proud of yourself for adhering to these basic guidelines, because they are the very least any man can do to challenge prescribed gender roles.

Since we now have some don’ts to follow, here are a few things we can do:

Most of all, we must openly and relentlessly name the problem: US. We are the problem. Men are the problem. Patriarchy, male supremacy, male pattern violence, misogyny -- and all the institutional structures created to maintain and obscure this necrophilic system.

If we men want to live up to self-anointed labels like activist, revolutionary, radical, ally, and comrade, the path is clear. We are required to do almost all of the initial work and make (by far) the biggest changes and commitments. If we care about justice and liberation as much as we claim we do, now is the time to look in the mirror, to call ourselves out, to check our egos and our masculinity programming at the door, and to make what appear to be major sacrifices (pro tip: they’re not).

One more time: We men must name the problem, over and over again, until we stop being the problem and stop passing on the problem to the next generation.

Contrary to Assata’s otherwise inspiring quote, the first step towards challenging patriarchy (without it becoming yet another profitable avenue for male gratification) just may be for the oppressors to make a moral choice and smash it from within.

In a pornified culture, even “smashing patriarchy” is a fetish by Mickey Z. is licensed under a Creative Commons Attribution-ShareAlike 4.0 International License.
Based on a work at http://worldnewstrust.com/in-a-pornified-culture-even-smashing-patriarchy-is-a-fetish-mickey-z.