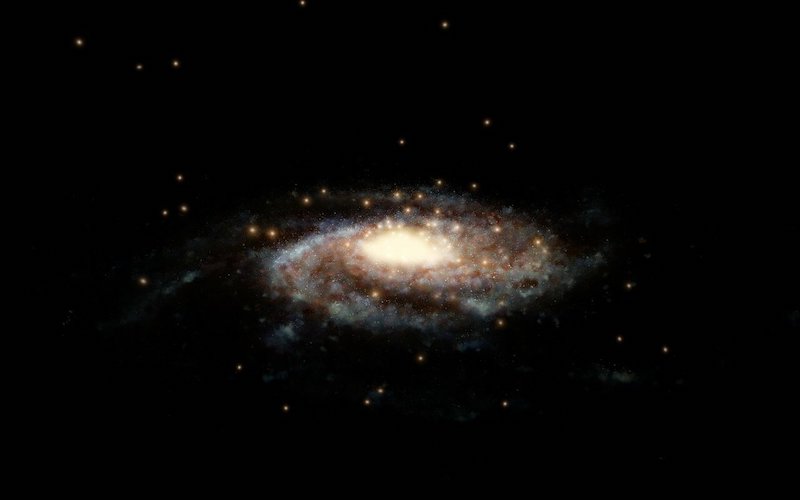 This artist's impression shows a computer-generated model of the Milky Way and the accurate positions of the globular clusters used in this study surrounding it. Credit: ESA/Hubble, NASA, L. Calçada

March 7, 2019 (Phys.org) -- In a striking example of multi-mission astronomy, measurements from the NASA/ESA Hubble Space Telescope and the ESA Gaia mission have been combined to improve the estimate of the mass of our home galaxy the Milky Way: 1.5 trillion solar masses.

The mass of the Milky Way is one of the most fundamental measurements astronomers can make about our galactic home. However, despite decades of intense effort, even the best available estimates of the Milky Way's mass disagree wildly. Now, by combining new data from the European Space Agency (ESA) Gaia mission with observations made with the NASA/ESA Hubble Space Telescope, astronomers have found that the Milky Way weighs in at about 1.5 trillion solar masses within a radius of 129,000 light-years from the galactic center.