How to Be an Infamous Underground Writer | Mickey Z. 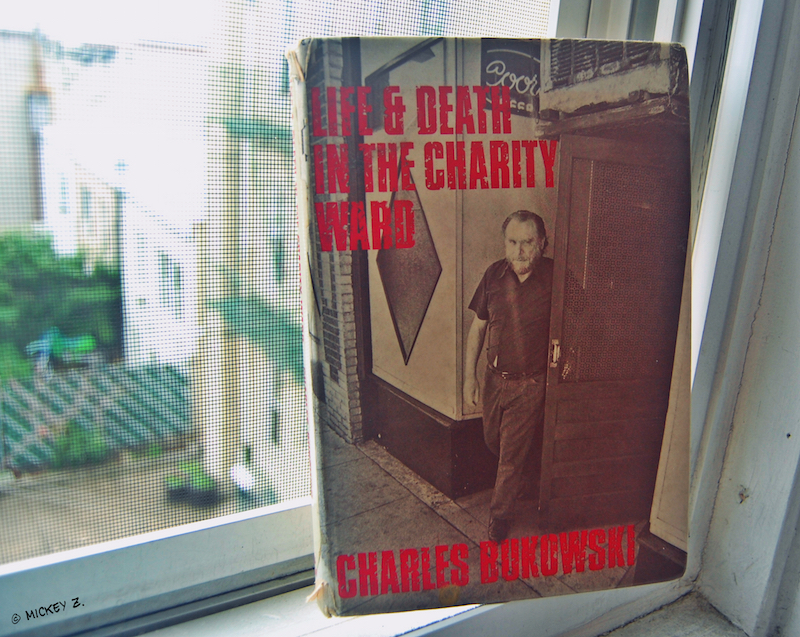 “Sometimes you just have to pee in the sink.” (Bukowski)

You know those despicable and “agreed-upon” societal standards of “beauty”? Yeah, those. Well, imagine a woman who embodies what’s widely and sadly accepted as the “ugly” range of that specious spectrum. “Ugly as sin,” as the hateful saying goes.

Now imagine this woman came of age in 1950s America and during that time she wore her love of liquor like a badge; couldn’t hold a job; barely, if ever, paid the rent on any of her filthy flophouse apartments; regularly engaged in drunken brawls that ended with her either in an ambulance or handcuffed in the backseat of an LAPD cruiser; and unashamedly neglected her only child.

Let’s also imagine this woman fancied herself a writer -- a street poet, if you will. Her work was sometimes profound but just as often, was rife with images -- sometimes violent images -- of homophobia, anti-semitism, racism, misogyny, and a general vibe of misanthropy.

Do any of you believe a woman such as this could’ve ever attained underground credibility as a poet by the 1960s, credibility which would ultimately -- after she’d passed the age of 50 -- result in a literary press offering her a monthly stipend so she could concentrate solely on her craft?

Do any of you think her words would end up being published across the globe, translated into dozens of languages, and inspire a handful of films?

For Charles Bukowski, the description above not only added to his "mystique" but was virtually indistinguishable from his art. More than two decades after his death, he remains a revered and widely-read literary legend -- known as much for his lifestyle choices as his poetry.

So, to those who wonder: How does one become one of those cool, edgy, infamous, underground writers like Buk?

A. While talent and luck and good networking skills and being based in the U.S. all have something to do with it, of course, here’s the first and most important step: do not be a woman.

In our next episode of The Power of Privilege: How to be a cool, edgy, infamous underground writer like Hunter S. Thompson (hint: be white).

How to Be an Infamous Underground Writer by Mickey Z. is licensed under a Creative Commons Attribution-ShareAlike 4.0 International License.
Based on a work at https://worldnewstrust.com/how-to-be-an-infamous-underground-writer-mickey-z.