How the Richest Man in the World Made Us Trust the COVID Vaccine — Mickey Z. 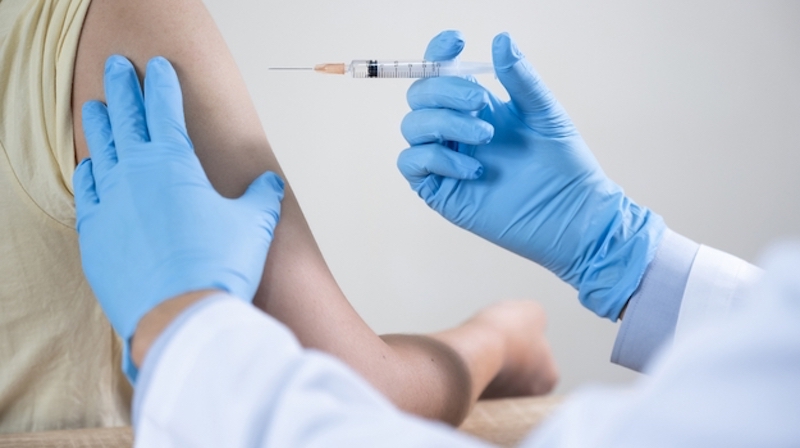 Preface: In August 2020, I wrote an article entitled, “Can a 'Warp Speed' COVID-19 Vaccine Be Safe?” It covers a lot of ground and if you haven’t already done so, I suggest you check it out here now.

There’s an awful lot we don’t know about the widely-celebrated COVID-19 vaccines. Right off the bat, we simply cannot be certain if any of the vaccines will work against a disease about which we know precious little. So, if you get a shot, it’s possible you’ll still get infected. It’s also possible that you'll get an asymptomatic case but infect others. You may get some version of immunity but, perhaps, only for a couple of months. Even if you already had COVID-19 and the vaccine, you may be re-infected at a later date. Can COVID-19 mutate and render the vaccine impotent? Possibly, just like what happens with the annual flu shot. Will the upper-class attempt to skip the line and buy access to the vaccine? They're already trying. The vaccines were not tested on pregnant women or children under 16. The trials included a disproportionately low number of people of color and of people over 65. The trials did not take into account whether or not the participants were practicing any mitigation tactics. No one — from scientists to pundits to meme-makers — knows how all this will go.

Spoiler alert: Whether you get the shot or not, you will be asked to continue wearing a mask and practicing social distancing for the foreseeable future.

Then you have the inevitability of some side effects. Like all pharmaceuticals, there will be a risk (think of the small print on your prescription bottles or the speed-talking disclaimer on every televised drug commercial). It is literally impossible to predict the negative outcomes for the COVID-19 vaccines due to a) such an abbreviated trial period and b) how little is known about the disease itself and c) the fact that this is the first-ever mRNA vaccine to ever be approved by any global governing body. "It’s like Star Trek technology,” explains Dr. Benjamin Linas, an epidemiologist at Boston University. “We never made vaccines in this way."

William A. Haseltine is an American scientist known for his groundbreaking work on HIV/AIDS and the human genome. He was a professor at Harvard Medical School where he founded two research departments on cancer and HIV/AIDS. “Aside from questions of safety that attend any vaccine, there are good reasons to be especially cautious for COVID-19,” Haseltine wrote in Scientific American in June 2020. “Some vaccines worsen the consequences of infection rather than protect, a phenomenon called antibody-dependent enhancement (ADE). ADE has been observed in previous attempts to develop coronavirus vaccines. To add to the concern, antibodies typical of ADE are present in the blood of some COVID-19 patients. Such concerns are real. As recently as 2016, Dengavxia, intended to protect children from the dengue virus, increased hospitalizations for children who received the vaccine.”

What about the companies entrusted with our health and safety? Has Moderna (one of the Big Pharma members that received huge government subsidies) ever brought a vaccine to market before? No. Does Pfizer have a history of bribing doctors to use their products? Yes, it does.

Despite all that ^ (and so much more), I watched with interest the response when the vaccines received emergency use authorization earlier this month. The breathless media onslaught was predictable. However, I also saw everyday people on my social media news feeds publicly confess to weeping tears of joy when watching video footage of 18-wheelers carrying the initial doses of the COVID-19 vaccine.

For the record, I am not judging anyone. This year has been a non-stop challenge and it's created fertile ground for such a reaction. However, I do grieve for a society so heavily conditioned as to celebrate the arrival of an unproven drug as if it were V-E Day. How did we get to this point? To answer this crucial question, we need to examine the machinations of one John D. Rockefeller — more than a century ago. 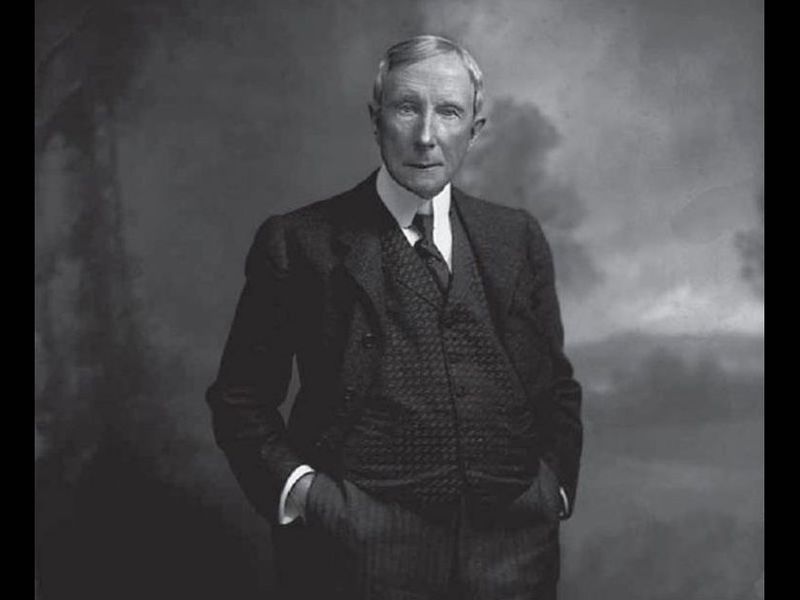 A portrait of the richest human who has ever lived, John D. Rockefeller circa 1900. (Oscar White/Wikimedia Commons)

Rockefeller earned (sic) that fortune by pioneering the concept of a monopoly. The Standard Oil company — of which he was a founder, chairman, and major shareholder — controlled more than 90 percent of the petroleum market. “Competition is a sin,” Rockefeller once said.

At the turn of the twentieth century, Rockefeller also turned his attention to the creation of new compounds from oil. Called “petrochemicals,” they first manifested in a wide range of plastic items. Let’s stop the medical history lesson for a moment to appreciate a small sampling of the legacy of this venture:

But John D. was focused on far more than plastic bags. He closely monitored scientific breakthroughs within the realm of medicine. For example, as vitamins were first being discovered, he saw the opportunity to artificially synthesize them by using (you guessed it) petroleum. Suddenly, organically occurring compounds could be patented and owned. Life itself could be copyrighted. This sparked Rockefeller’s interest in amassing even more billions by a) influencing how medical training was carried out in the U.S. and b) expanding and dominating the pharmaceutical industry.

In the early 1900s, holistic treatments were equally as popular as what would later become known as “Western medicine.” Licensed doctors were plying their trade by using more than a little natural and herbal medicine. This approach was fused with knowledge gleaned from traditions ranging from European to Native American. The “problem,” as Rockefeller saw it, was that such natural elements were mostly available to anyone. Where’s the profit in that?

Heeding his own credo of the competition being a sin, John D.’s first step was to purchase part of the German pharmaceutical company I.G. Farben. (Side note: I.G. Farben was the same German chemical cartel that would soon manufacture Zyklon-B, the poison used in the Nazi gas chambers.) With a drug manufacturing company under his control, all Rockefeller had to do next was use his vast wealth and power to drum "the competition" (non-drug-based medicine) out of business. 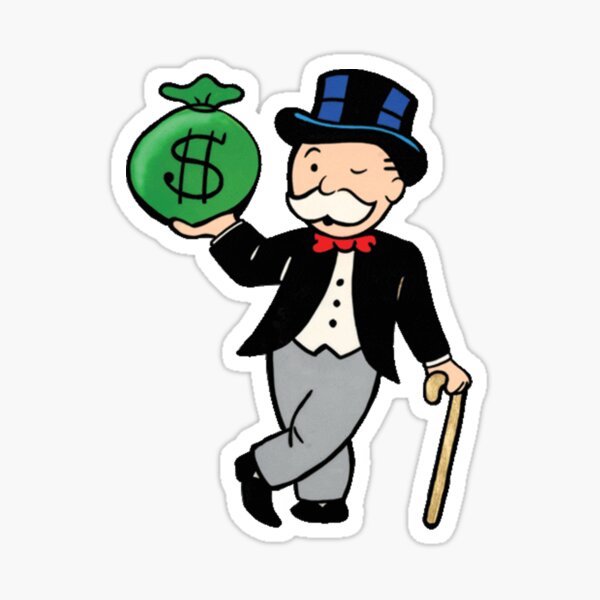 His first step was to hire Abraham Flexner, a respected educator, to compile a book-length report on the state of U.S. medical schools. Like any corporate-funded research, Flexner’s work had an agenda — and he delivered what the richest man in world history wanted.

To be clear, some of Flexner’s research was helpful. There were plenty of questionable practitioners and practices that needed to be reined in. And there’s obvious merit to the idea of standardizing medical training. But such standards are only as legitimate as the people and institutions imposing them. If John D. wanted to eliminate any “sinful” competition, it wouldn’t be so hard for him to do so. This would clear the way to:

To follow are just some of the outcomes of the Rockefeller-funded Flexner Report:

Flexner also recommended and got all but two historically black medical schools closed. His explanation: “The practice of the Negro doctor will be limited to his own race, which in its turn will be cared for better by good Negro physicians than by poor white ones. But the physical well-being of the Negro is not only of moment to the Negro himself. Ten million of them live in close contact with sixty million whites. Not only does the Negro himself suffer from hookworm and tuberculosis; he communicates them to his white neighbors, precisely as the ignorant and unfortunate white contaminates him. Self-protection not less than humanity offers weighty counsel in this matter; self-interest seconds philanthropy. The Negro must be educated not only for his sake but for ours. He is, as far as the human eye can see, a permanent factor in the nation.”

The number of all medical schools in the U.S. dropped from 160 in 1904 to 66 in 1935. With so few institutions — all-male, virtually all white, and marching in lockstep with the “pill for an ill” mentality — it became simple to maintain full control over what “healing” would mean to the industrialized world. Rockefeller and Flexner ushered in a profit-driven brand of corporate medicine called “allopathic.” To this day — more than a century later — this paradigm is accepted virtually without question by the vast majority of humans… particularly in the West. But there's a lot more grey area than conventional wisdom allows.

Modern medical interventions and some pharmaceuticals have saved many lives in the past century. Meanwhile, however, Johns Hopkins patient safety experts have calculated that more than 250,000 deaths per year are due to medical errors in the U.S. This figure (based on the analysis of medical death rate data over an eight-year period) would rank medical error to be the third leading cause of death in the U.S. Of course, I am not saying all “alternative” therapies are worthwhile or all pharmaceuticals or vaccines are questionable. I’m merely pointing out that our collective perception of health care is not an accident. It's not some preordained theology or an unstoppable force of nature. The way most of us view medicine (and the mRNA COVID-19 vaccines) is the predictable result of deliberate measures initiated by those who stand to profit the most from them. This brings us back to the events of 2020. 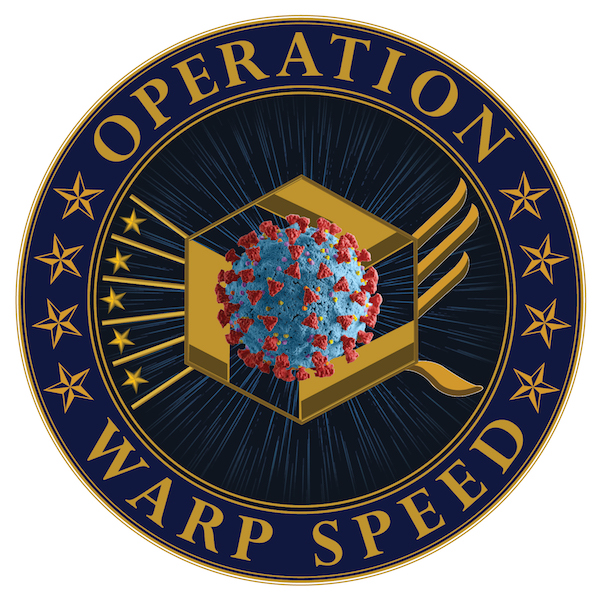 I often ask myself: Why do I think-believe-feel what I do? Are these my thoughts, beliefs, values, ideas, and opinions or have they been implanted by years/decades/centuries of propaganda and conditioning? I'm in this mode right now. I can't and therefore won't declare that the COVID-19 vaccines are safe or effective, because nobody knows yet. What I am stating is this: At this juncture, there is no rational reason to assume much about such novel technology. Yet, after 10 months of being scared out of their wits, many humans would take anything (bleach, anyone?) if they believed it would reduce the overwhelming presence of fear. The captains of industry — from John D. to today’s Robber Barons — are acutely aware of this. In fact, they actively cultivate such an environment in the name of creating a larger pool of compliant consumers. By all indications, their social experiment has been an unmitigated success.

Information is a commodity doled out in minuscule and deceptive portions. Hence, I’ll repeat something I wrote this past summer: It is naive to expect corporate-owned media or corporate-funded politicians to supply you with the ammunition you need to grow independent from them. It has also become self-sabotaging and/or self-serving to expect that any rando on the interwebs has carefully vetted every tweet, meme, or video they share. Therefore, life in a disinformation state requires us to do all the grunt work if we wish to fashion an informed, open-minded opinion.

This path not only emancipates your mind. It also helps you better understand the viewpoints of those with whom you disagree. I said it at every talk I gave back in the day. I’ll say it again now: It’s time to rediscover the subversive pleasure of thinking for yourself.