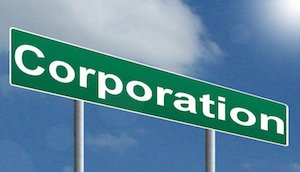 Poor old Karl Marx, tortured by boils and phantoms, was right about one thing: History repeats itself, first as tragedy, second as farce.

Thus, I give you the Roman Empire and now the United States of America. Rome surrendered to time and entropy. Our method is to drive a gigantic clown car into a ditch.

Is anyone out there interested in redemption? I have an idea for the political party out of power, the Democrats, sunk in its special Okefenokee Swamp of identity politics and Russia paranoia: make an effort to legislate the Citizens United calamity out of existence. Who knows, a handful of Republicans may be shamed into going along with it.

For those of you who have been mentally vacationing on Mars with Elon Musk, Citizens United was a Supreme Court decision -- Citizens United v. Federal Election Commission 558 U.S. 310 (2010) -- which determined that corporations had the right, as hypothetical “persons,” to give as much money as they liked to political candidates.

This “right” devolved from the First Amendment of the constitution, the 5-4 majority opinion said -- giving money to political candidates and causes amounts to “freedom of speech.” The Citizens United ruling opened the door for unlimited election spending by corporations and enormous mischief in our national life. Then-President Obama -- a constitutional law professor before his career in politics -- complained bitterly about the opinion days later in his State of the Union address, saying that the court had “reversed a century of law to open the floodgates, including foreign corporations, to spend without limit in our elections.”

And for the next seven years he did absolutely nothing about it, nor did the Democratic Party majority in Congress. Rather, they vacuumed in as much corporate campaign money as possible from every hokey political action committee (PAC) from sea to shining sea, especially in the 2016 presidential election starring Hillary “It’s My Turn” Clinton. It turned out to not be her turn in large part because the voters noticed the stench of corruption wafting off this toxic flow of corporate money, which Hillary was using to vastly outspend her billionaire opponent, troll that he was.

Of course, corporations have not always been what they are deemed to be today. They evolved with the increasingly complex activities of industrial economies. Along the way -- in Great Britain first, actually -- they were deemed to exist as the equivalent of legal persons, to establish that the liabilities of the company were separate and distinct from those of its owners. In the USA, forming a corporation usually required an act of legislation until the late 19th century. After that, they merely had to register with the states. Then Congress had to sort out the additional problems of giant “trusts” and holding companies (hence, anti-trust laws, now generally ignored).

In short, the definition of what a corporation is and what it has a right to do is in a pretty constant state of change as economies evolve. And insofar as the current economy is sinking like the RMS Titanic -- and our republic as a mode of governance with it -- surely the time has come to redefine in legislation the role and existential nature of a corporation in this polity. This homework assignment should be given to the Democratic members of Congress since they are otherwise preoccupied only with hunting for Russian gremlins and discovering new sexual abnormalities to protect and defend.

That’s your assignment Chuck Schumer, Nancy Pelosi, and the rest of the Democratic Party leadership. Get serious. Show a little initiative. Do something useful. Draw up some legislation. Get behind something real that might make a difference in this decrepitating country. Or get out of the way and let a new party do the job.