Here’s What A White Ally Looks Like (part I) | Mickey Z. 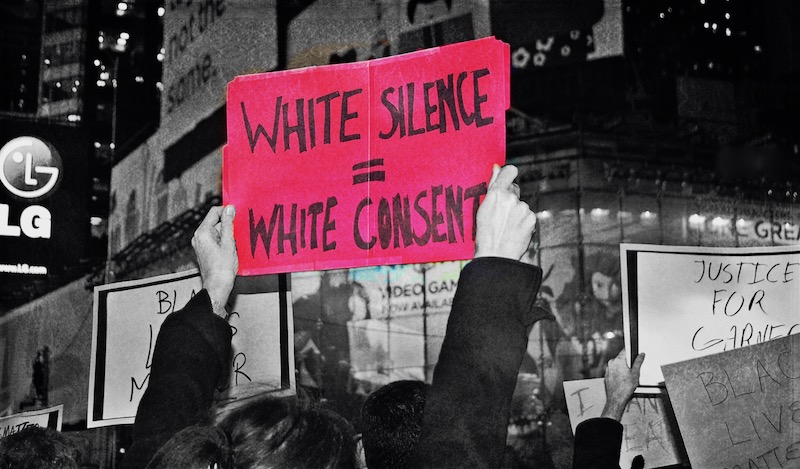 In 1937, baseball was a segregated, primarily Eastern sport… but in the off-season, major leaguers often competed against Negro League teams in California. Against that backdrop, second-year phenom Joe DiMaggio was asked to name the toughest pitcher he had ever faced.

Without hesitation, the Yankee Clipper told a group of reporters: “Satchel Paige.”

Predictably, Joe D.’s honest appraisal went unmentioned in the next day’s newspapers... with one exception. Lester Rodney not only reported DiMaggio’s comment, but he also made it a huge headline in the sports pages of the Daily Worker -- the newspaper of the U.S. Communist Party. “[DiMaggio] knew Paige was black and that blacks were banned when he said that,” Rodney explained. “We had a huge headline the next day. The other papers never reported it.”

“The baseball owners of that period couldn’t have picked a more appropriate man to represent their policies," Rodney said. "He simply kept denying that there was a color barrier. I would write stories with headlines like ‘Can You Read, Judge Landis?’ and ‘Can You Hear, Judge Landis?’ I know we got to him. The Daily Worker didn’t have a big circulation, but we got noticed, and what we wrote was read by people in baseball and by other journalists.” 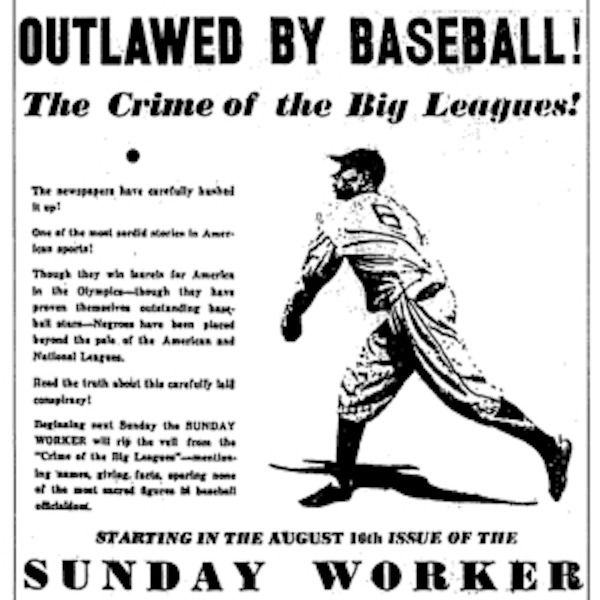 An ad from the Aug. 9, 1936, edition of the Sunday Worker, announcing Lester Rodney’s upcoming exposé on “The Crime of the Big Leagues.” The series was the opening salvo in this newspaper’s campaign against segregation in baseball. | People’s World Archives

Arnold Rampersad, Jackie Robinson’s biographer, concurred: “In the campaign to end Jim Crow in baseball, the most vigorous efforts came from the Communist Press… notably from Lester Rodney.”

Here’s how Lester Rodney explained his approach: “First was to simply raise hell about the color ban and get it into the public consciousness. Second, we set out to popularize the Black stars and document that they could compete on the Big League level. Third, shoot down the notion that the white players and managers wouldn’t stand for it by directly putting the question to them. Fourth, we immediately put the league presidents and the commissioner on the spot by challenging them to say whether there was an official ban, which they denied, of course.”

Appropriately, Rodney was in the press box when Jackie Robinson played his first game with the Brooklyn Dodgers and remained there to witness both the abuse Robinson took and his eventual acceptance as a teammate.

When Robinson joined the Dodgers in 1947, outfielder Carl Furillo announced, “I ain’t gonna play with no n*gger.” Fast-forward two years to an important game in a close race against the Braves. 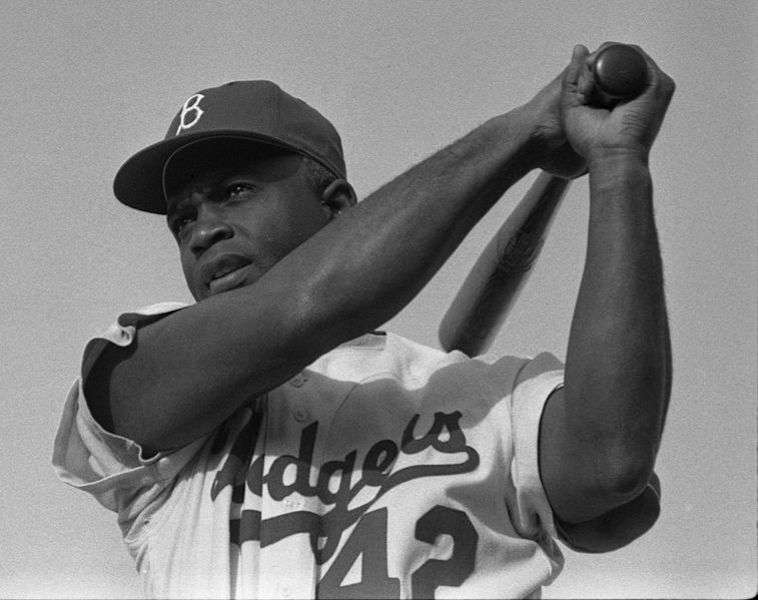 Rodney sets the scene: It’s a scoreless tie in the top of the fifth with the Braves batting… Jim Russell on first, one out. Clint Conatser drives one in the right-center gap. Furillo, owner of the best arm in baseball, catches up to the ball about 380 feet from home plate as Russell chugs around the bases.

“Freeze the action for a moment,” Rodney suggests. “The long-legged Russell is in full cry, tearing through third in a wide turn. Conatser digs towards second. Robinson eases out some 50 feet into the outfield, half-facing Furillo. Shortstop (Pee Wee) Reese moves to cover second. First baseman Gil Hodges moves into position to possibly cut off the throw to the plate. Catcher Roy Campanella, the team’s second black player, who came aboard in 1948, waits slightly up the third base line. (Pitcher Preacher) Roe ambles from the mound to back up the plate. It’s the full panorama of baseball, a team game, in a moment that no television camera can encompass.”

When we unfreeze, Furillo cuts loose with a throw “that bullets into Robinson’s glove, head high, slightly to the right, making it unnecessary for him to pivot his feet before throwing.” Robinson fires home to Campanella. Russell is out. The next batter pops up. The inning and the threat are history.

Furillo jogs in from the outfield as Robinson, Roe, and Campanella wait for him at the lip of the dugout. The four men embrace. Rodney recalls leaning out of the press box “to watch them descend into the dugout together, then turn my gaze to the people in the stands, those raucous, salty, kidding, good-natured, integrated Ebbets Fields stands.”

It took seven more years for the Brooklyn Dodgers to finally beat the hated Yankees in the World Series… but when they did, Furillo greeted Jackie and his wife Rachel at the celebratory party with an emotional cheek-to-cheek hug, crying, “We did it, we did it.”

They did it, all right… with a little help from Mr. Lester Rodney.