Hell (on Earth) is for Children | Mickey Z. 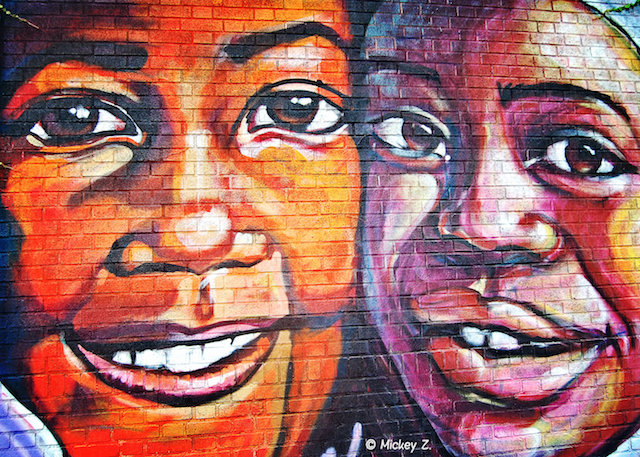 "When you own a big chunk of the bloody Third World, the babies just come with the scenery."

- Pretenders, "Middle of the Road"

"Stop killing our kids,” warns indigenous author Ward Churchill, “if you want your own to be safe." What's that? You're not killing anybody's kids? Au contraire, mon ami...

With nearly half of all U.S. tax dollars going to the military, the vast majority of Americans have contributed to enough death to make Kissinger blush.

Exhibit A: The U.S.-enforced sanctions imposed on Iraq from August 1990 and to November 2003 -- sanctions that were responsible at one point for the deaths of 300 Iraqi children a day.

Did either party flinch at such carnage?

On the May 12, 1996 edition of 60 Minutes, then U.S. Ambassador to the UN Madeleine Albright had the following exchange with Leslie Stahl:

Stahl: “We have heard that half a million children have died. I mean, that’s more children than died in Hiroshima. And -- and you know, is the price worth it?”

Albright: “I think this is a very hard choice but the price -- we think the price is worth it.”

Shortly afterwards, noted liberal savior Bill Clinton named Albright as his Secretary of State. In the world of the 1%, killing brown children by the hundreds of thousands, it seems, is a real boost for the resume.

“I wonder,” wrote Howard Zinn, “how the foreign policies of the United States would look if we wiped out the national boundaries of the world, at least in our minds, and thought of all children everywhere as our own.”

Whether the figurehead calls himself Republican or Democrat, U.S. hegemony and corporate imperialism has helped cultivate and sustain a global culture that produces hunger-related numbers like this:

Children are also suffering -- big time -- right here in the Land of Opportunity™.

Define “Poverty”
The U.S. federal poverty level is absurdly and maliciously low: $23,550 a year for a family of four. Thus, the following numbers are inherently skewed as research has shown that such a family would need twice as much money simply to cover basic expenses.

So, when I tell you that 21 percent of all U.S. children -- 15 million in all -- live in families with incomes “below the federal poverty level,” a more useful and compassionate estimate would be 42 percent, or 30 million.

With that crucial caveat in mind, here’s a small taste of the insidious and escalating poverty in god’s country:

A quick side triptomy hometown of New York City, where I turn to Doug Henwood, who offered these sobering realities in 2011:

Poverty and Health
According a Columbia University study, poverty, defined as living below 200 percent of the United Stated Federal Poverty Level (FPL), was determined to take away 8.2 years of health, meaning poor people have 8.2 fewer years in which they are healthy than someone above 200 percent of the FPL.

In addition, children who struggle with hunger are:

In 2006, researchers found: “Children in low-income families start off with higher levels of antisocial behavior than children from more advantaged households. And if the home remains poor as the children grow up, antisocial behavior becomes much worse over time compared to children living in households that are never poor or later move out of poverty.”

(Of course, volumes can be written on the how words like aggressive, anxious, and antisocial are used here and elsewhere.)

Disabilities -- whether directly linked to poverty or not -- leave American children vulnerable to a lifetime of financial difficulties. According to the U.S. Census Bureau (2006), “Persons with a disability are likely to have limited opportunities to earn income and often have increased medical expenses. Disabilities among children and adults may affect the socioeconomic standing of entire families. It is estimated that over 40 million people in America have some level of disability, and many of these individuals live in poverty.”

I could go on with the stats but let’s instead stop for some perspective: Billions of dollars are spent to bail out the rich while half of our tax dollars funds a global reign of terror known as the U.S. Department of Defense [sic]. But thanks to corporate propaganda, we’re programmed to ignore the vast and corrupt enterprise of corporate welfare and to falsely believe that the poor in America are lazy leeches, coddled by an enabling nanny state.

Contrary to such despite dishonest media imagery, 55 percent of children living in poor or low-income families have a parent who works full time, year around. In addition, this combination of poverty, stigmatization, and overworked/underpaid parents can leave children vulnerable to the global scourge of sex trafficking. In the United States alone:

Globally, about 2 million children are exploited every year in what’s commonly called the “commercial sex trade,” but should be more accurately designated as for-profit rape.

Shift Happens
How is it possible that human children are forced to endure such nightmarish conditions on a planet with enough resources to care for them? For starters, you can chalk up yet another set of atrocities to what we mindlessly accept as our beloved “way of life.”

The latest liberal savior, Barack Obama, explained this reality quite clearly on the day he was first sworn into office: “We will not apologize for our way of life, nor will we waver in its defense.”

This is what we’re up against. “Our way of life,” has created a living hell for children on every corner of the globe. Thus, we must make our position equally as clear as those in power do.

We must also refuse to apologize for our way of life, for the changes we seek, for the justice we demand, for the children we wish to save. We must also never waver in the defense of all life on earth.

EVENT: To continue conversations like this, come see Mickey Z. in person in Astoria, NY at Creating a Climate for Change: Mickey Z. on Eco-Defense.