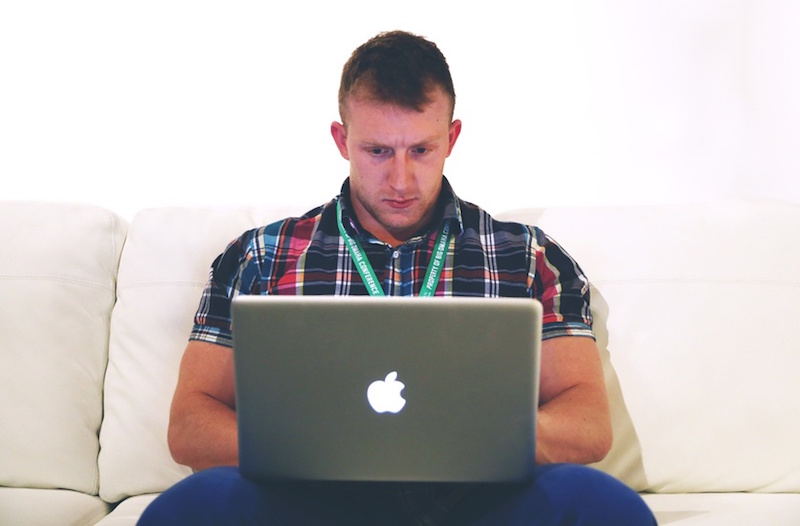 “Have you (men) ever wondered why we (women) are not just in armed combat against you? It’s not because there’s a shortage of kitchen knives in this country. It is because we believe in your humanity, against all the evidence.” (Andrea Dworkin)

I'm not particularly active on Tumblr but when I am, it ranges from radical re-blogs to cute animal vines. Since I occasionally use hashtags like #pornography, #antiporn, #antikink, #antiBDSM, this tendency apparently inspired the Tumblr algorithm to "suggest" I check out a blog called "Inferior Cumsluts."

I wasn't born yesterday. I know blogs like this exist but my initial response, under the circumstances, was to think it might be a (poorly executed) "satire" blog and that's why Tumblr matched us up. I clicked on the link.

It was not satire.

Imagine how easy it would be for, say, a 10-year-old to find such a page. Imagine the lessons he (and all men) are gleaning from such relentless sensory reinforcement. Imagine blogs like "Inferior Cumsluts" serving as Sex Ed for millions of boys. Imagine how many of the men you know (and perhaps love) have images and ideas like this imprinted on their psyche.

After all that imagining, I got the ambitious idea to scroll through the notes and provide a comprehensive list of what's out there. Hey, if Tumblr imposed this blog on me, at least I’d do something productive with it.

Best laid plans, and all that...

After cutting and pasting the names of 10 blogs dedicated to normalizing extreme sexual violence while reinforcing inevitable male supremacy, I was done. Thus, I can only hope the way-shorter-than-planned list below is enough to give the uninitiated a clear glimpse into the predatory paradigm of patriarchal propaganda, enough to motivate you to recognize the crisis and take action.

These are the Tumblr blogs I found less than two minutes of scrolling:

Think about it: A generation of tech-addicted males has opted to use a major chunk of their meager time on this planet to create and maintain web pages that will program the next generation of even more tech-addicted males to casually and reflexively view females as inherently inferior; to discredit and mock their feelings and opinions and needs; to overwrite their realities, gaslight them, abuse them, threaten them, stalk them, degrade them, exploit them, torture them… to hate them. 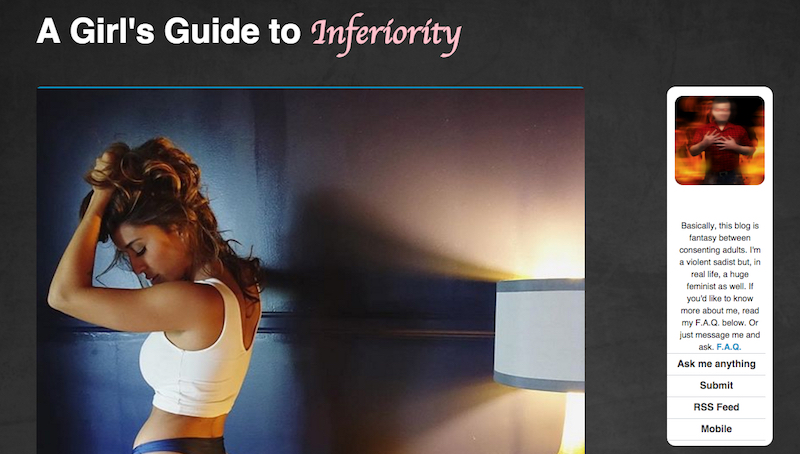 We're not only being conditioned to believe that sex and violence are indistinguishable, but also that girls and women crave both. And this "reality" should/must arouse us. If it doesn't, well... you know what that means.

I wish I could end this article by telling you I've conjured up some kind of "solution." But all I can offer, for now, are some links and resources (below) while urging readers -- especially males -- to commence the journey of reclaiming our humanity.

What suggestions and resources can you provide?