Greed Kings of 2014: How They Stole from Us | Paul Buchheit 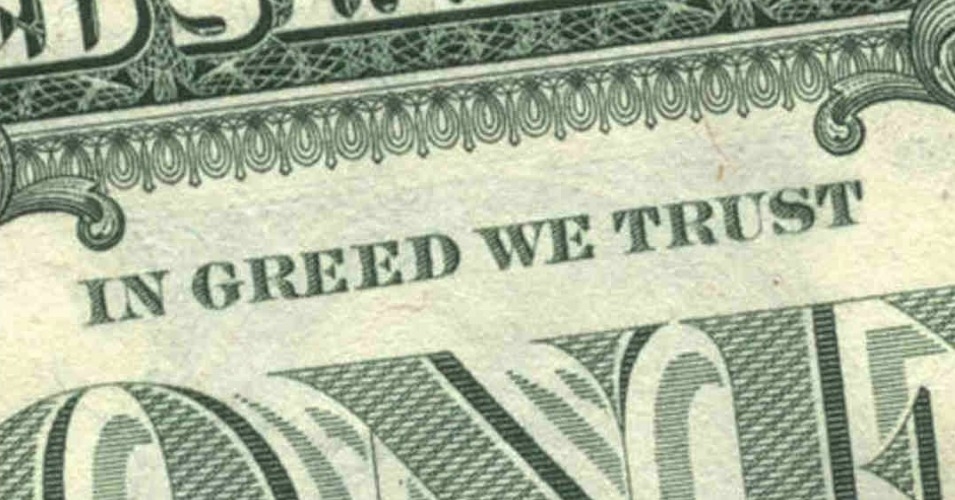 As schools and local governments are going broke around the country, companies who built their businesses with American research and education and technology and infrastructure are paying less in taxes than ever before. It's not just greed, it's theft. (Image: file)

Dec. 29, 2014 (Common Dreams) -- The Merriam-Webster definition of "steal" is to take the property of another wrongfully and especially as a habitual or regular practice. Much of our country's new wealth has been regularly taken by individuals or corporations in a wrongful manner, either through nonpayment of taxes or failure to compensate other contributors to their successes.

As schools and local governments are going broke around the country, companies who built their businesses with American research and education and technology and infrastructure are paying less in taxes than ever before. Incredibly, more than half of U.S. corporate foreign profits are now being held in tax havens, double the share of just 20 years ago. Corporations are stealing from the nation that made them rich.

There are many examples of greed among individual firms. Based largely on 2014 SEC documents submitted by the companies themselves:

Defenders of inequality argue that fortunes are deserved because of innovation and hard work. But many of the 40 Americans who own as much as the poorest half of the country have relied on less deserving means of accumulating great fortunes (details here).

The rest of the Top 40 List (details here) is speckled with instances of fraud, tax avoidance, and billionaire subsidies. The worst is probably hedge fund manager John Paulson, who has built a $13 billion fortune after conspiring with Goldman Sachs in 2007 to bundle and bet against sure-to-fail subprime mortgages that took the homes from millions of Americans.

Speaking of hedge fund managers, the carried interest loophole allowed just 25 individuals to take almost $5 billion from society last year by claiming that their income is different from the rest of ours.

After 35 years of wealth theft there are still inequality deniers -- notably the American Enterprise Institute, which claims that income inequality has been shrinking since 1989, and that we should be asking whether or not the bottom 60 percent are paying their fair share.

Another insult from The Federalist: Income Inequality Is Good For The Poor.

The Reason Foundation tops it off, advising us that the best way to defuse the situation is to teach tolerance for inequality.

All of which suggests that the theft of society's wealth may be due to ignorance as well as to greed.