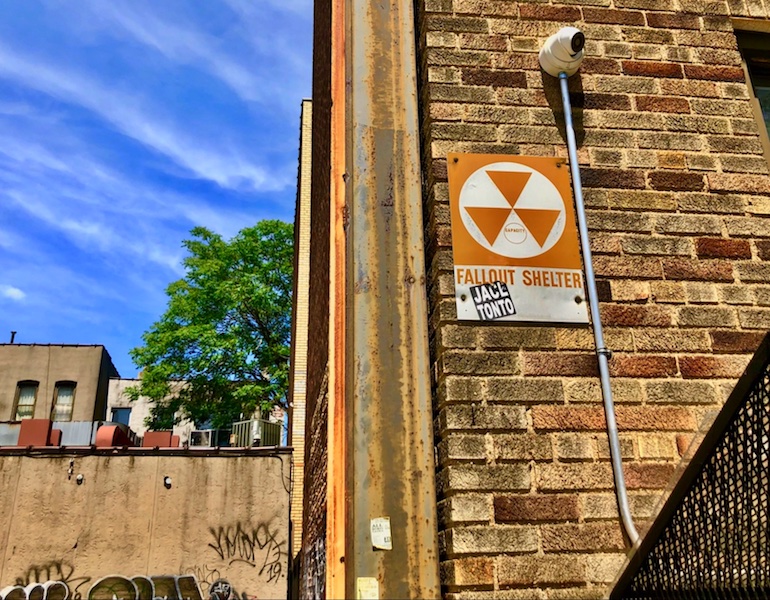 As you may already know, I’m a ghost sign aficionado. I love discovering them and photographing them. Lately, thanks to Covid-19, I’ve been limited to a much smaller geographical area. Within that range, the primary ghost signs I encounter are those denoting my neighborhood’s long-defunct fallout shelters (see my latest photo above).

President John F. Kennedy created the national fallout shelter system in 1961. Within two years, the five boroughs of New York City were home to about 18,000 officially designated shelters. This designation process was as faith-based as any religion I’ve ever encountered!

Local “civil defense agents” would survey a building to decide if it could survive (!) a nuclear explosion. Any building deemed indestructible would receive a government-issued placard to be mounted outside to guide anyone who happened to be fleeing from World War III. The ostensible belief was that the occupants of the shelter would face only minimal exposure to harmful fallout and could emerge safely once the radioactivity had decayed.

An October 1960 feature in Popular Mechanics explained fallout like this: 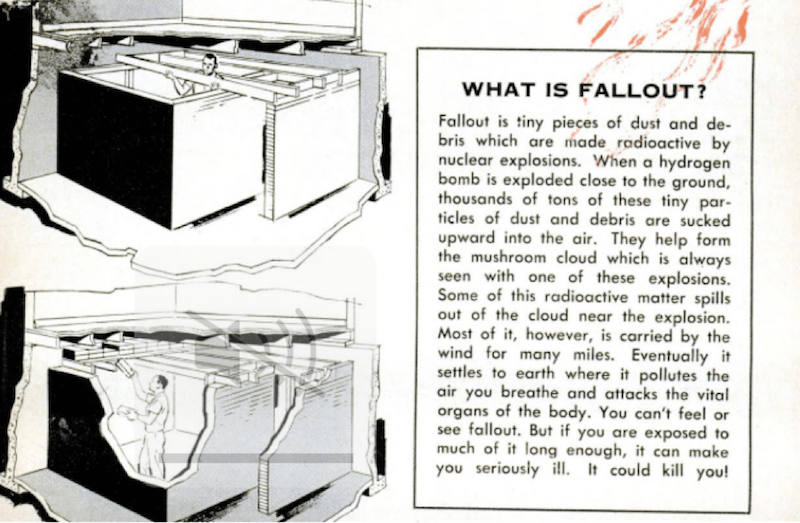 By the mid-1960s, it was estimated that some 230,000 such shelters existed in the Big Apple (Google map here) -- containing about $30 million worth of food. However, within 10 years, inspectors discovered that some of the shelters contained no supplies at all while many others had been overrun with well-fed rats and roaches. Hygiene had won out over Cold War paranoia by the late 1970s. The city’s fallout shelters were cleaned out and reclaimed as storage space. 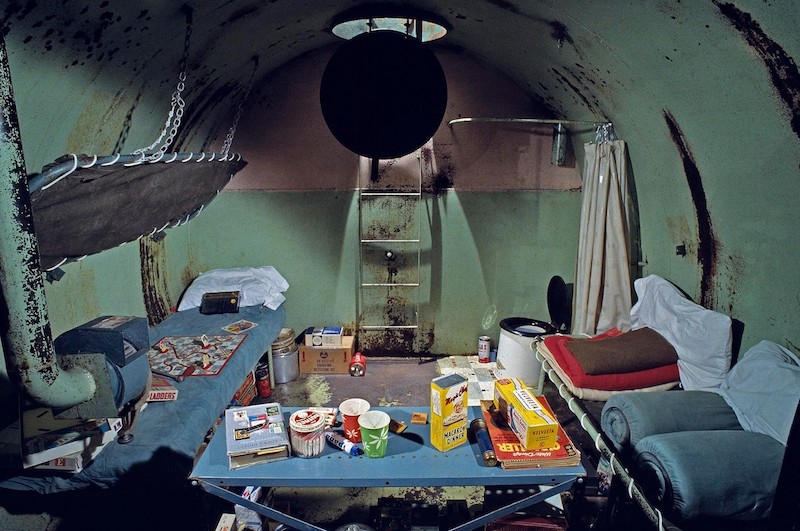 A suburban family fallout shelter in the 1950s. (Smithsonian)

Today, fallout shelters -- and the Office of Civil Defense that created them -- have both been relegated to the dustbin of history. All that’s left are some of the fading ghost signs. NYC has been aiming to remove them, claiming: “At best, they are ignored, at worst, they're misleading and are going to cost people's lives.”

With my hometown kinda busy with a just few other issues at the moment, I’m rooting for the sign removal to be as successful as the shelters themselves. Let the signs remain -- like a multi-location museum dedicated to yet another example of misinformation and mismanagement.

In the meantime, I look forward to eventually getting back on the subway into Manhattan where I can get my long overdue fix of ghost signs.