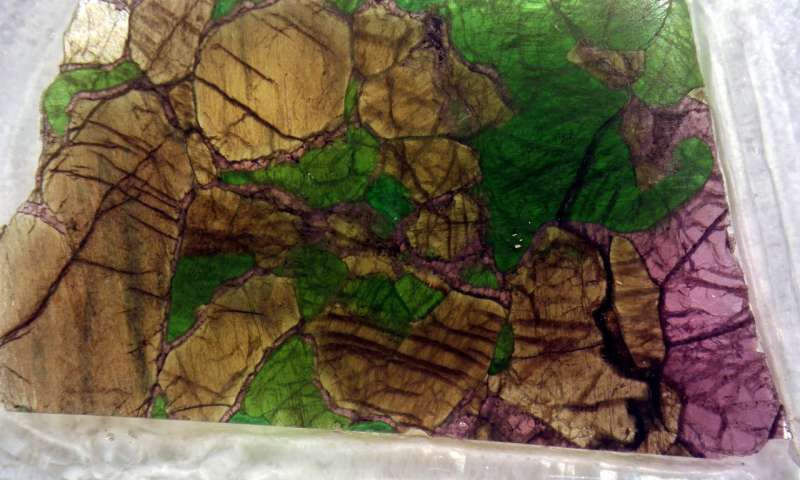 The photo depicts a sample of mantle xenolith, rock sections of the lithosphere that get captured by the passing magma and erupted to the surface during the volcanic explosion. Credit: Michael W. Broadley.

Aug. 27, 2018 (Phys.org) -- A new study could help explain the driving force behind the largest mass extinction in the history of earth, known as the End-Permian Extinction.

The event, also known as the Great Dying, occurred around 250 million years ago when a massive volcanic eruption in what is today the Russian province of Siberia sent nearly 90 percent of all life right into extinction. Geologists call this eruption the Siberian Flood Basalts, and it ran for almost a million years.

"The scale of this extinction was so incredible that scientists have often wondered what made the Siberian Flood Basalts so much more deadly than other similar eruptions," said Michael Broadley, a postdoctoral researcher at the Centre for Petrographic and Geochemical Research in Vanduvre-lès-Nancy, France, and lead author of the paper.

"We concluded that the large reservoir of halogens that was stored in the Siberian lithosphere was sent into the earth's atmosphere during the volcanic explosion, effectively destroying the ozone layer at the time and contributing to the mass extinction," Broadley said.