Future Scenarios, By David Holmgren -- A Review By Carolyn Baker

Future Scenarios offers fascinating and fertile challenges for engaging Peak Oil and climate change and confronts us with the question that will not die: Will our journey to a post-petroleum world be a transition or a trauma?

...without radical behavioral and organizational change that would threaten the foundations of our growth economy, greenhouse gas emissions along with other environmental impacts will not decline. Economic recession is the only proven mechanism for a rapid reduction of greenhouse gas emissions and may now be the only real hope for maintaining the earth in a habitable state. --David Holmgren

Taken together with the words of NASA climate scientist, Jim Hansen, who tells us that "the onset of severe impacts from climate change is now inevitable, even if there is a huge worldwide effort at mitigation," David Holmgren's words above cause me to pause and on some level stand in awe of the current global economic meltdown. I notice, first of all, that climate change now probably has a life of its own and has permanently escaped the influence of the human species. I also notice that economic collapse, while having unfolded rapidly within the past two years, has not done so in a falling-off-the-cliff scenario and may be slowing down the collapse of the ecosystem.

In Future Scenarios, (Chelsea Green, 2009) David Holmgren, the author of Permaculture: Principles and Pathways Beyond Sustainability offers four possible sketches of transition from industrial civilization to a post-petroleum world. The characteristics and likely outcomes of them compel us to view them more closely.

Physically, this paperback book is quite reader-friendly, embellished with colorful illustrations and beautiful photos and fits snugly into pocket or purse for effortless transport.

The first scenario Holmgren names the Brown Tech, Top-Down Construction in which energy descent is slow, and climate change is fast. Brown Tech is essentially the corporatist system that has dominated the United States for the past sixty years, reaching its zenith during the George W. Bush administration. It is "top-down" in the sense that "national power constricts consumption and focuses resources to maintain the nation-state in the face of deteriorating climate and reduced energy and food supply." (68) Brown Tech is characterized by centralized systems, high-density systems, national banks and currencies, a nationalist/fascist bias, male domination, and culturally speaking, a super-rationalist/fundamentalist dichotomy.

Conversely, the Green-Tech scenario is characterized by slow energy-decline rates and mild climate change symptoms. The sense of chaos and crisis "is more muted without major economic collapse or conflict." (68) This scenario is the one embraced by those well-meaning progressives who may believe that we have enough time for strategically transitioning to a post-petroleum, downscaled world. In Green Tech there is good conservation, a great deal of renewable energy use, compact towns and small cities, regional currencies, the gender status is balanced and blended, and the philosophical orientation is essentially humanist and eco-rationalist. What makes Green Tech unrealistic and somewhat utopian, in my opinion, is the speed with which climate change is actually occurring. For Green Tech to be fully implemented, climate change must be slow. "The relatively benign climate allows a resurgence of rural and regional economies on the back of sustained and growing prices for all natural commodities including feedstock for biofuels." (69)

The third scenario, and the one which Holmgren clearly prefers, is the Earth-Steward: Bottom-Up Rebuild in which energy use declines rapidly, and climate change symptoms remain mild. Shocks to the world's financial system in this scenario result in severe depressions and intense resource wars. Electronic grids become nonfunctional, and mass mobility of people and goods is curtailed. Cities become hollowed out as larger businesses collapse, and large numbers of former city-dwellers form a new underclass and provide basic labor in exchange for food and living space.

The biggest difference, according to Holmgren, between the green-and brown-tech scenarios is that "the rebuilding and stabilization is no longer based on dreams of sustainability or restoring the old system. Instead, people accept that each generation will have to face the challenges of further ongoing simplification and localization of society as the fossil-resource base continues to decline. This simplification in the material domain is seen as the opportunity for growth in the spiritual domain. (81) In other words, "while the impacts on people and local environments ... are severe, there is also a cultural and spiritual revolution as people are released from the rat race of addictive behaviors." In the Earth-Steward model, local currency and barter are the principal forms of exchange, gender-wise, females dominate, and earth spirituality prevails as the dominant cultural and spiritual force.

The last scenario is the Lifeboat Civilization Triage of rapid energy decline rates and severe climate change symptoms-in other words, a fast crash. Most forms of economic and social organization collapse, and local wars, including the use of nuclear weapons, exacerbate the collapse in some areas. Waves of famine and disease decimate social and economic capacity "on a scale larger than the Black Death in medieval Europe, leading to a halving of the global population in a few decades." (82)

In a Lifeboat Civilization, collapse has occurred so quickly that little planning can be done for a smoother transition, and the survivalist mentality generally prevails. Hence, one finds hamlets and gated communities and a quasi-feudal system which is predominantly patriarchal. The cultural and spiritual orientation is warrior-like in response to the trauma of a rapid collapse, thus the word "triage" to describe its fundamental modus operandi.

What Holmgren wants the reader to understand, however, is that the four scenarios are not linear; he imagines them as "one nested within the other." This suggests, he says, "that the four organizational levels represented by the scenarios from the household to the national level will all be transformed as global systems weaken and contract, but none will fail completely." (101) Not unlike the scenarios of collapse Dmitry Orlov relates regarding the former Soviet Union, Holmgren's four-nested schema suggests that in the Earth-Steward and Lifeboat scenarios, there could still be a government issuing edicts, but no one, outside that nation's capital, would take notice.

One unmistakable conclusion Future Scenarios draws is that the more slowly the decline unfolds, the more opportunity for planning and mobilizing for the demise; the more rapidly events occur, the more traumatic the unraveling will be because of the inability to put new systems in place which may allow it to be more navigable.

As noted above, economic collapse is impeding rampant growth and in that sense, despite the pain it is creating for millions of humans, may be allowing the earth community to breathe a bit easier for a bit longer. Or as Holmgren says, "The economic hard-liners could be right: There is no way to stop the train of global industrial capitalism (other than by crashing)."

Future Scenarios offers fascinating and fertile challenges for engaging Peak Oil and climate change and confronts us with the question that will not die: Will our journey to a post-petroleum world be a transition or a trauma? The longer we wait to make the profoundly radical choices necessary at this juncture of history, the greater the certainty that choices we would not prefer will be made for us. 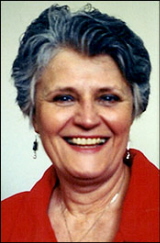 Speaking Truth To Power is a website owned and managed by Carolyn Baker. Carolyn is an adjunct professor of history, a former psychotherapist, an author, and a student of mythology and ritual. This website offers up-to-the-moment alternative reporting of U.S. and international news, articles containing information and opinion, and a venue of support and connection for awake individuals who want not only to be informed, but to organize their lives and communities in ways that most effectively assist them in navigating what current events are manifesting.

Carolyn’s Mission: “The Chinese proverb and curse says, ‘May you live in interesting times’.” In the first decade of the twenty-first century, we live in profound uncertainty, faced with issues unprecedented in the history of the human race. Truth To Power seeks to provide readers with a ‘fixed point in a changing universe’ that both informs and supports humanity’s efforts to remake the world—both our personal worlds and our planet. My intention is to offer a beacon of light in the smothering darkness with which we seem to be engulfed, making available information and specific ideas and strategies which we all might utilize as we experience the life/death/rebirth process inherent in the inner and outer realms of our current reality.”