From BLM to Gun Control: What Do You Believe (and why)? — Mickey Z. 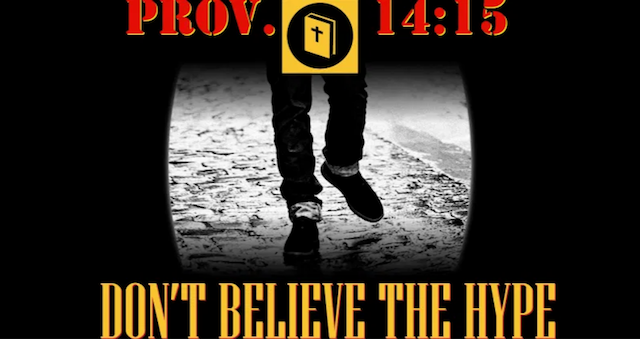 “The simple believe anything, but the prudent give thought to their steps.” (Proverbs 14:15)

Have you ever wondered why you believe what you believe? We are each the product of too many influences to count. Actors — good, bad, and indifferent — are shaping you even as you read this sentence. All of this will continue to be fleshed out further in future essays. For now, I’d like to focus on one of today’s biggest influencers: the media. You may call them “mainstream” or “corporate.” You may choose to see them as “liberal” or “conservative.” But their loyalties lie only with profit and power.

Why do you believe what you believe? Part of the answer has to do with narratives, news feeds, agendas, and algorithms. Therefore, what you think you know has an excellent chance of being false. The media have no allegiance to veracity. Their job is to create compliant consumers and sell them to advertisers — all the while keeping us aligned with the accepted pieties and dogma. To follow, I’ll discuss two topics (“facts”?) about which most of you will think you have an informed opinion. By the end of this article, perhaps you will see things differently. 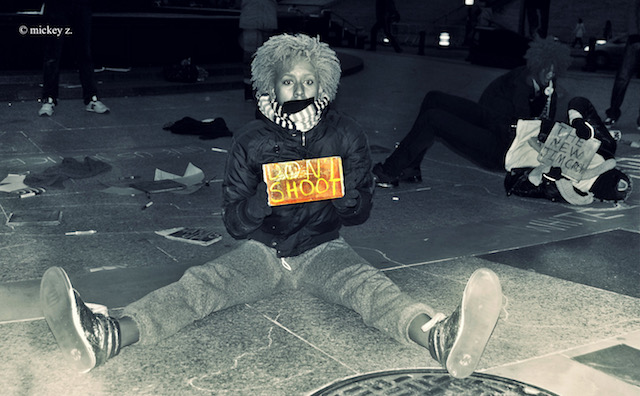 Fact #1: American police are hunting black people in an epidemic of murders.

I’m not being hyperbolic. Pundits of the woke kind have declared that cops are hunting black people (particularly black men). LeBron James himself tweeted: “For Black people right now, we think you’re hunting us.” Some folks (like the ACLU) unselfconsciously call it an “epidemic.” In the Black Lives Matter mission statement, it is stated that black people are being “systematically targeted for demise.” The media picks up these quotes and runs with them as clickbait stories — without any context or fact-checking. Opinions are manufactured and thus, sides are drawn.

Do you know how many unarmed black people were killed by U.S. law enforcement in 2020? The answer is 18. There are about 60 million interactions between police and civilians (age 16 and older) each year. In 2020, during those 60 million interactions, 1,021 people were killed by police. Of that number, 55 were unarmed. Of that number, 24 were white and 18 were black. Proportional to population demographics, unarmed blacks are indeed being killed at a higher rate than unarmed whites.

Are 18 unarmed black people killed by cops way too much? Absolutely yes. Am I saying violent cops should not be prosecuted? Obviously not. Am I denying the existence of racism? Obviously not. Do the statistics, by any rational assessment, constitute being  “hunted” or “systematically targeted for demise”? Again, obviously not. Unfortunately, virtue signaling social media posts aren’t concerned with real numbers, nuance, and context.

Thanks to misleading narratives, you may believe that cops shooting black people is the biggest problem in the African-American community. Meanwhile, the top cause of death for black men under 44 is homicide. For those over 44, it’s heart disease. Also, the poverty rate for black Americans is 18.8 percent (compared to 7.3 percent for whites). Studies consistently find that poor men (or all races and ethnicities) live 15 years less, on average than wealthier men. For women, the difference is ten years. But somehow, these lethal realities don’t fit into the agenda of a group called “Black Lives Matter.” Instead, the focus is on police shootings of unarmed black people without mentioning that the total last year was 18.

My two cents: A crucial starting point in addressing this situation would be FAR better and sustained training for law enforcement agents. For example, if every cop was highly skilled in takedowns and submission holds, the need to use their guns would drop exponentially. Do a little research to see how little training is required for someone to become a cop. In some states, you need more hours of instruction to become a licensed hairdresser! For more about that, take a listen to this podcast. 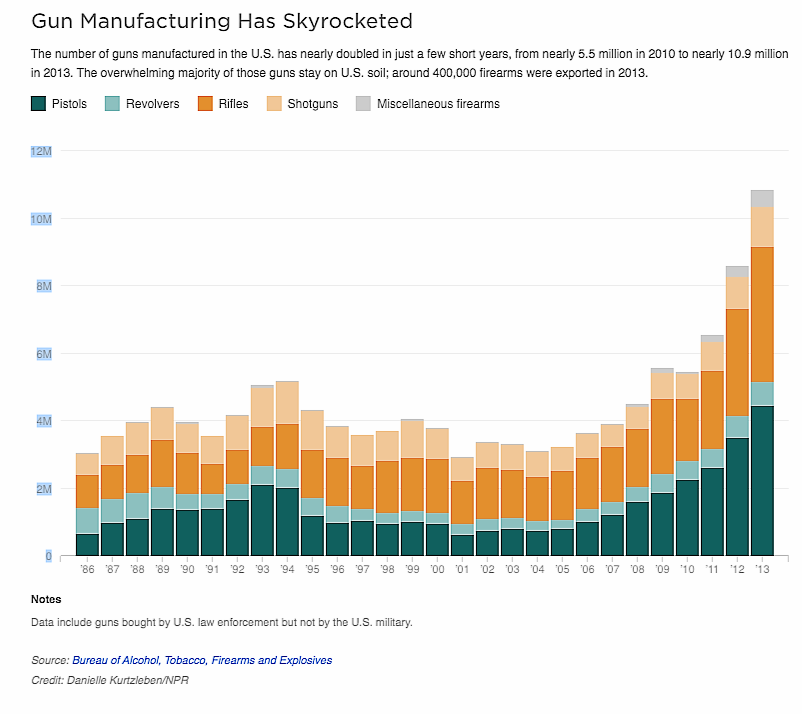 “Gun control” doesn’t mean “ban all guns” (just as “defund the police” doesn’t mean “abolish the police”). If you think liberals want your guns, well… you’ve been effectively manipulated — by right-wing media, the NRA, Republican politicians, and others. In reality, there are roughly twice as many guns per capita in the United States as there were in 1968. There are more than 300 million legally owned guns in all. You’re doing fine, gun lovers, and even when liberal (sic) presidents had the power to do so, they stayed far away from your beloved arsenal. For example, Barack Obama had control of the Senate and the House of Representatives in 2009 and 2010. Did he jump on this opportunity to challenge the Second Amendment? Nope. But he did deliver some epic bailouts to transnational corporations and financial institutions.

In 1993 and 1994, Bill Clinton had control of the Senate and the House of Representatives. Did he jump on this opportunity to challenge the Second Amendment? Nope. But, in those two years, he abandoned his pledge to consider offering asylum to Haitian refugees, signed a little something called the North American Free Trade Agreement (NAFTA), presided over the invasion of Somalia, increased the Pentagon budget by $25 billion, ordered the bombing of Iraq and the Balkans, renewed the sanctions on Iraq, and passed a crime bill that gave us more cops, more prisons, and 58 more offenses punishable by death.

Never once did Bubba or Barack order their FEMA stormtroopers to come for your guns. As for Joe Biden, here is his current “gun control” plan. Read it for yourself and see if you find any hint of your guns being “taken away.” If you believe the liberals are coming for your legally owned weapons, it’s because you’ve been deliberately conditioned to do so. Outside of meaningless election-year rhetoric, where is the evidence for your fervent belief?

My two cents: The U.S. is the number one arms manufacturer and arms dealer on the planet. It’s not even close. The third-largest “army” on the planet (behind the U.S. military and Chinese military) is U.S. law enforcement. To talk of gun control for civilians in such an environment is like telling people that bringing their own bags to the supermarket will reverse climate change. 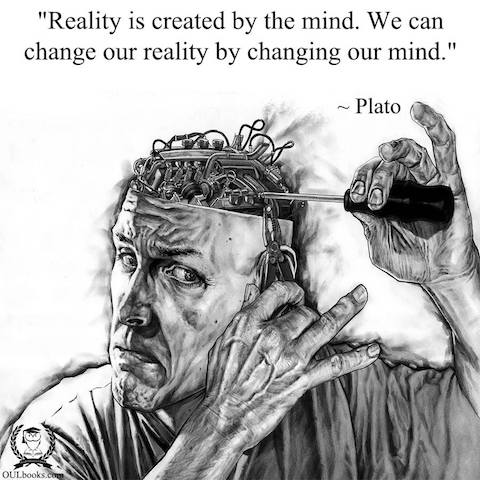 What we think, believe, and feel matters. The two deceptions detailed above have been catalysts for some recent violence under the guise of revolution. They also contribute to widening the chasm within an already dangerously divided nation. And there are innumerable other examples of such manipulation on dozens more hot button topics — far too many to list here.

Sure, we’ve always been conditioned — from the cradle to the grave. These days, however, the process is far more effective and insidious than ever before. We’re tricked and herded into echo chambers and hive minds but end up believing such groupthink accurately reflects our deeply-held values. In fact, we’ll fight anyone who disagrees with these carefully curated opinions.

Mickey Z. can be found here. He is also the founder of Helping Homeless Women - NYC, offering direct relief to women on New York City streets. To help him grow this project, CLICK HERE and donate right now. And please spread the wor