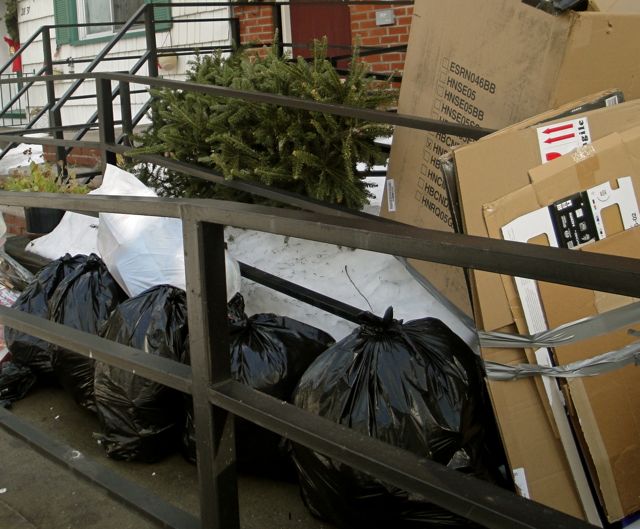 It’s not even December and I’ve already caught sight of my neighborhood’s most clearcut (pun very much intended) sign that Santa season is fully upon us: Christmas tree lots hawking pines and firs long-since separated from their roots.

According to the National Christmas Tree Association, approximately 30-35 million “real” Christmas trees are sold in the United States every year and roughly 100,000 people are employed in the Christmas tree industry.

Yep, as Thanksgiving is to the turkeys, Christmas is to evergreen.

It almost seems to go unnoticed that the enduring symbols of winter’s two most celebrated holidays are the annual targets of human killing sprees. You can sing “O Christmas Tree” until you go hoarse, but that once-vibrant flora you just bought is dying before your eyes.

Ninety-eight percent of all American Christmas trees are grown on the more than 21,000 farms. It takes about 7-10 years for such a tree to mature, and for every one harvested, two or three seedlings are planted.

Think of it as factory farming for firs.

Retail tree lots are a New York City tradition that dates back to 1851. Thirty years after that, an assistant of Thomas Edison’s conjured up the prescient notion of hanging electric lights on Christmas trees. By 1890, such lights were being mass-produced and tree lighting would eventually become the ceremony of choice for those who don’t mind triple-digit electricity bills.

Another durable American tradition will eventually mark the unofficial end to all holiday spirit. I’m speaking, of course, about discarded trees tossed in the trash.

Some may tout the widespread recycling of post-holiday trees but let’s recap, shall we? Some 450,000 acres of land are set aside to plant and grow trees destined to be cut down and sold for about ten days’ use before being unceremoniously tossed out onto the pavement and we’re supposed applaud the time and money our city uses to deal with the subsequent -- and predictable -- epidemic of dead trees.

The blinking lights go back in the hallway closet and the ornaments get stored under the bed in the guest room long before January’s electric and credit card bills arrive. This year’s Christmas tree, however, will be history. No longer will it hide brightly wrapped boxes of consumer electronics or display an impaled blonde angel at its highest point. Planted and fattened solely for the kill, that doomed tree will probably serve as a novel target for local dogs on the stroll.

Before anyone dismisses this article as the work of a Scrooge, please take a second to contemplate how corporate conditioning coerces people to look at trees and see only lumber and profits as the sound of chainsaws echo in their clouded heads.

We humans destroy 18 million acres of trees -- 4,500 acres an hour -- each and every year. Today, in what National Geographic calls a “forest holocaust,” 80 percent of the world’s forests are already gone.

Do we really wanna' teach yet another generation to regard trees as disposable (or easily replicated) commodities?

It may not be too late to once again recognize trees as kindred spirits -- fellow travelers, if you will -- with eons of wisdom from which we have so much more to learn. Why not find out?