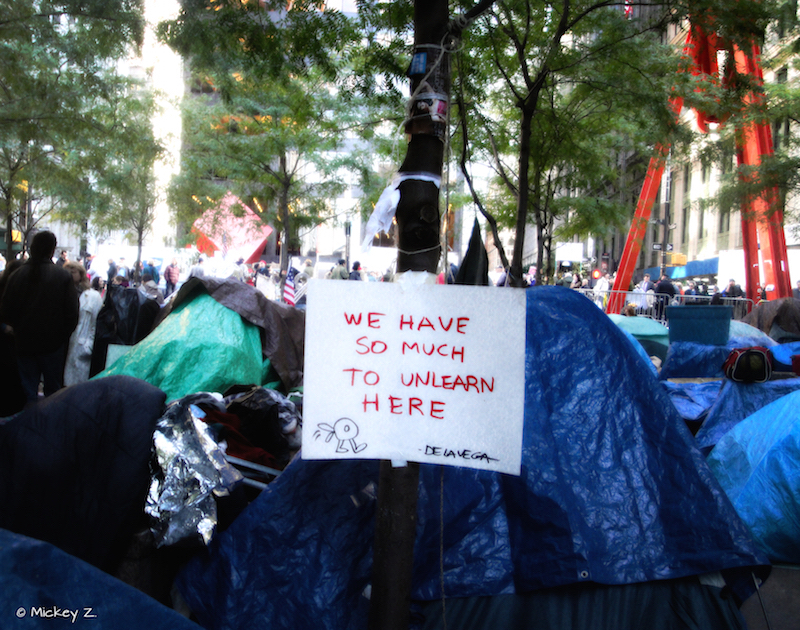 Every four years, I promise myself I won’t write about it.

Every four years, I break that promise.

Every four years, I remind people about the primary difference between Republicans and Democrats: they tell different lies to get elected.

For decades, I’ve made all the reasoned, well-documented arguments to explain the two-party lie to allegedly open-minded readers (check your trusty search engine to find the tens of thousands of words I’ve already shared in vain).

This time around, however, I won’t waste my time.

This time around, I’ll skip the stats, the evidence, the history, the proof.

This time around, I’ll just keep naming the problem.

Name the Problem
The Democratic Party is but one component of a vast criminal enterprise, an enterprise responsible for threatening all life on Earth. An enterprise commonly referred to as “our way of life.”

Our way of life means 93 percent of the large fish in the ocean are gone. It means 78 percent of the old growth forests are gone. It means the breast milk of every mother on Earth contains dioxins. It means every square mile of ocean contains 46,000 pieces of floating plastic. It means each day, 13 million tons of toxic chemicals are released across the globe; 200,000 acres of rain forest are destroyed; 150 to 200 plant and animal species go extinct.

I could, unfortunately, go on and on and on… but let’s sum up for the Bernie fans: Our way of life means white supremacy, male supremacy, and class supremacy. It means ecocide.

When the most recent “good cop” -- the Pope of Hope, with his drones and his Nobel Peace Prize -- was first inaugurated in 2009, he openly announced to the world: “We will not apologize for our way of life, nor will we waver in its defense.”

Reminder: Our way of life has us at the brink of social, economic, and environmental collapse.

Questions and Answers
"I think voting is the opium of the masses in this country. Every four years you deaden the pain." (Emma Goldman said that.)

“I think it is dangerous to confuse the idea of democracy with elections. Just because you have elections doesn’t mean you’re a democratic country.” (Arundhati Roy said that.)

“The next time someone tells you America has a two-party system, I suggest you demand a recount.” (I said that.)

If you plan to vote for yet another lesser (sic) evil in 2016, go ahead. Kid yourself. Delude yourself. Feel superior. Engage in three-hour social media flame wars to defend your choice. Hold your nose and pull the damn lever. Whatever…

As I said, we are on the brink of social, economic, and environmental collapse. Therefore, vote or no vote, all I care to know is what you’re doing the other 364.99 days.

Are you making the big connections? How are you working to challenge deeply entrenched privilege and hierarchy to create new coalitions? Are you willing to do the work it’ll take to end male supremacy, white supremacy, and class supremacy? What are you doing -- each and every day -- to help bring down this global system of oppression and exploitation before there’s nothing left? How much time do you believe we have?

Reminder: If you think Bernie Sanders is the answer, you’re asking the wrong questions…

"Every. Four. Years. (But What About Bernie?)" by Mickey Z. is licensed under a Creative Commons Attribution-NoDerivatives 4.0 International License.
Based on a work at http://worldnewstrust.com/every-four-years-but-what-about-bernie-mickey-z.