Empty Gestures or Substantive Change? On the Nobel Prize in Literature and Its Discontents | Ramzy Baroud 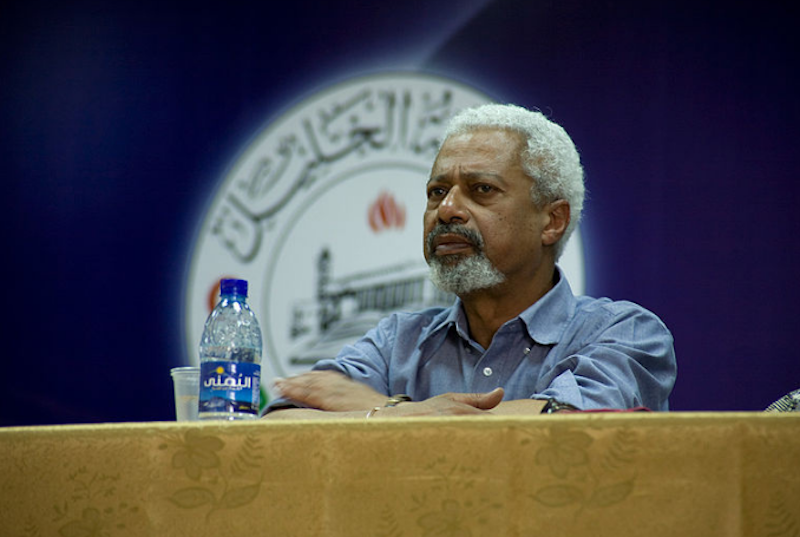 The fact that Tanzanian novelist Abdulrazak Gurnah has won the 2021 Nobel Prize in Literature is welcome news, especially as the Swedish Academy is historically known for lacking in diversity, as if intellectual creativity is largely confined to Western intellectual circles.

It is premature to suggest that the Academy has finally decided to break away from its ethnocentric past and genuinely embrace the incredible literature constantly originating from the Global South. One can be excused for appearing too cynical -- after all, since its inception in 1901, more than 80 percent of those who have received the award hail from Europe and North America. In the last decade, Chinese novelist, Mo Yan, was the only non-Western author to receive the award in 2012.

First, the Academy does not believe that the Global South is making real intellectual, literary contributions to world culture and literature, and that only Western authors are capable of producing literature that is relatable and truly speaks to the human condition.

Second, the Academy and its judges have not done their due diligence in uncovering the literary brilliance that can be found in every nation throughout the Global South.

Third, the award is, essentially, political and is denied to authors and writers who attempt to correct fallacious colonial narratives, push for radical decolonization -- in politics, culture, literature and language -- and do not adhere to the watered-down version of post-colonialism as championed by Western academic institutions of today.

Gurnah, I am sure, is most deserving of the award. However, what truly matters is not that an author of African origin has finally won the award after the Academy’s neglect of Africa for nearly fifteen years. The last African novelist was a white British-Zimbabwean author, Doris Lessing (born to British parents in Iran, in 2007. What matters is that we -- Western academia and audience, especially -- truly engage with the writings of these great intellectuals.

If such awards merely serve as a simple nod and symbolic acknowledgment of how Western colonialism in Africa -- and throughout the Global South -- has resulted in irreversible harm to shattered, impoverished and colonized societies, then the gesture is an empty one. To be meaningful, post-colonial writers who adhere to what should have remained a radical form of anti-colonialism should become the heart and soul of the literary movement, not only in the Global South but throughout the world.

It does matter that Kenya’s celebrated author, novelist, poet and playwright Ngũgĩ wa Thiong’o is yet to win the Nobel prize in literature. The man who has challenged the world’s view on language and literature in his book ‘Decolonizing the Mind: The Politics of Language in African Literature’, is the very manifestation, not only of Africa’s literary genius but of the true organic intellectual. Thiong’o was once imprisoned in post-colonial Kenya for writing a play in Gĩkũyũ, his mother tongue, and not in English.

However, it is not just the language, but what the language itself relays. When authors write in their mother tongue, their target audience is their own people. They appeal to their grievances and priorities; they speak of their aspirations, and their words are rooted in the collective history of their own nations. Unfortunately, though unsurprisingly, this is of no relevance to a Stockholm-based Academy, which was established decades before the formal end of Western colonialism in Africa.

In his consequential book "The Wretched of the Earth," Black intellectual Frantz Fanon was one of the early revolutionary voices to address the issue of intellectual decolonization.

“Imperialism leaves behind germs of rot which we must clinically detect and remove from our land but from our minds as well,” he wrote. This is not done for the sake of an award, an academic recognition or a literary honor. Instead, it is a prerequisite to truly liberating Africa -- and the rest of the Global South -- from its ongoing dependency on the validation of the West.

For true decolonization to take place, radical language on its own is hardly enough. What is required is a systematic rewriting of history, from the point of view of the colonized, and the reclaiming of every part of the literary narrative, starting with the very research methodology. According to Māori author, Linda Tuhiwai Smith, modern research is modeled around Western priorities.

“From the vantage point of the colonized, a position from which I write, and choose to privilege, the term "research" is inextricably linked to European imperialism and colonialism. The word itself, "research," is probably one of the dirtiest words in the indigenous world’s vocabulary,” Tuhiwai Smith wrote in her important book, "Decolonizing Methodologies: Research and Indigenous Peoples."

History “is the story of the powerful and how they became powerful, and then how they use their power to keep them in positions in which they can continue to dominate others,” she wrote.

Sometimes, conditional validations and limited concessions through awards and other similar nods of approval can themselves be an attempt at “dominating others.”

Ultimately, it is not the awards that matter but what has been researched and written, and its impact on making the world a more equitable place.