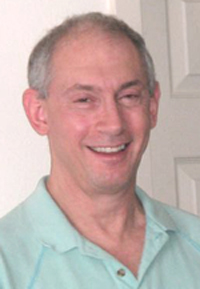 I’ve spent a great deal of space and effort on this series of articles, trying to convince people that our elections have been systematically stolen during the last couple of decades.

I do not feel embarrassed or intimidated by those who call me a “conspiracy theorist” for these efforts. Those people fall into two general groups. One is those who don’t have a good understanding of the specific issues, but simply believe that anyone who refuses to accept the version of reality espoused by our government or our national news media is a “conspiracy theorist.”The other is people of wealth and power who do understand those issues and have a strong vested interest in maintaining the status quo, especially with regard to our badly corrupted election system.

But a belief that our elections have been systematically stolen should not even be necessary prior to taking vigorous action to improve our election system. All that should be necessary is a strong belief in democracy, an awareness of some very basic principles of what a Democracy is, and an awareness of the great extent to which those principles have been vastly compromised with regard to the current state of our election system. Specifically, I believe that all Americans should understand the following simple concepts about what an election system should be in a Democracy.

These are general principles, not rocket science. They should be obvious to all Americans who are concerned with the preservation of their Democracy.

The most secure voting system to prevent electronic manipulation of our vote is one where all counting of votes is done by hand rather than by machine. I say that because the process of ensuring that machines count our votes honestly is complicated, with many opportunities for failure. For example, the corporation whose voting machines have in recent years been the most frequently used in our country, Election Systems and Software (ES&S), recently was forced to admit that for several years they installed remote access software on machines that they sold to their customers -- a process that facilitates vote count rigging even while an election is in process. As of yet, they have refused to answer many questions about this, such as who they sold these machines to. This raises so many questions: Why did this go undetected for so long? How do we know that ES&S or other manufacturers are not continuing to do this? For what purpose did they do this, and why did they lie about it when first asked? How many elections were enabled to be stolen because of this? How can we ensure that this never happens again?

Most European countries have recognized the perils of vote counting by machine, and consequently, most of Europe early in the 21st Century turned to hand counting of paper ballots. But if switching to a system where all votes are counted by hand proves to be politically unfeasible in the United States, it is mandatory that at least the above noted general principles be put securely in place.

More specific ideas for cleaning up our election systems can be found in Jonathan Simon’s book, “Code Red: Computerized Elections and the War on American Democracy” or in my book, “Democracy Undone: Unequal Representation, the Threat to our Election System, and the Demise of American Democracy.”

I will conclude this series with a quote from Milton Mayer, who studied the thinking of ordinary lower level Nazis during Hitler’s rise to power. Mayer explained in his book, “They Thought they Were Free -- The Germans 1933-45,” the gradual process by which the Germans gave up their freedom to Hitler:

"What happened here was the gradual habituation of the people, little by little, to be governed by surprise; to receiving decisions deliberated in secret; to believing that the situation was so complicated that the government had to act on information that the people could not understand, or so dangerous that, even if the people could understand it, it could not be released because of national security. And their sense of identification with Hitler, their trust in him, made it easier to widen the gap and reassured those who would otherwise have worried about it.

"This separation of government from people, this widening of the gap, took place so gradually and so insensibly, each step disguised (perhaps not even intentionally) as a temporary emergency measure or associated with true patriotic allegiance or with real social purposes. And all the crises and reforms (real reforms, too) so occupied the people that they did not see the slow motion underneath, of the whole process of government growing remoter and remoter."

"You can see how easy it was, then, not to think of fundamental things. One had no time."

"You speak privately to your colleagues ... but what do they say? They say, ‘It’s not so bad’ or ‘You’re seeing things' or 'You’re an alarmist' … And you can’t prove it."

"In between comes all the hundreds of little steps, some of them imperceptible, each of them preparing you not to be shocked by the next… You have accepted things you would not have accepted five years ago."

Don’t fool yourself into believing that Mayer’s thoughts on this issue can apply to Germans but not to Americans because we are better than they were. The issue that Mayer talks about here involves human nature, not specifically German nature. World history is full of such examples.

The corruption of our voting system involves such basic principles that all Americans who are concerned about the survival of our Democracy should see it by now. Yet most Americans do not see it, do not even know about it, are unconcerned about it, or accept the bland and deceitful assurances that they receive from their government and their national corporate news media.

The people of the United States must make an effort to see what’s going on, and demand that our government clean up our corrupted election system to be consistent with the simple and basic principles of Democracy discussed above. Until and unless they do, our Democracy has little if any chance of surviving.

PART I: Vulnerability of Electronic Vote Counting in U.S. Elections

PART III: The Validity of Exit Polls for Monitoring Elections

Dale Tavris has worked as a public health physician/epidemiologist for 40 years, with state departments of public health, the U.S. Air Force, the Medical College of Wisconsin, and the Food and Drug Administration. In that capacity, he has authored 39 publications in peer-reviewed medical or public health journals.