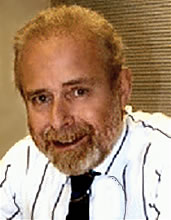 Feb. 3, 2011 -- As I am glued to cable stations showing the street battles in Egypt all I keep thinking about is how Egyptians have mustered the courage to fight their government’s tyranny while Americans remain unready to revolt against the peculiar American brand of tyranny.

Of course, the dictatorship in Egypt is far different than what the vast majority of Americans face. Despite liberty and freedom, our tyranny exists within an electoral, constitutional republic. But with a two-party plutocracy thoroughly corrupted by corporate and wealthy interests most Americans are victims of a dysfunctional, inefficient and unfair democracy. How ironic that in the nation with monumental gun ownership among its citizens there is no hint of people giving up on meaningless elections and taking to the streets in massive numbers to protest their corrupt government.

Just this week a new report documented this: Nearly a year and a half into the economic recovery, some 43.6 million Americans continued to rely on food stamps in November, 2010. That amounts to more than 14 percent of the population that relied on food stamps to purchase groceries, just another result of stubborn high unemployment and low incomes among the employed. According to the new report by the U.S. Department of Agriculture, compared to a year ago the number of people receiving food stamps was up 14.2 percent. Many other Americans are getting food at various kinds of charities and food banks. Add to this real unemployment approaching 20 percent in most areas and huge numbers of Americans going homeless and facing home foreclosure. Does this sound like the best country on Earth that politicians like to jabber about? Of course not.

The United States is in terrible shape, but President Obama lied in his recent state of the union address. It was not his first time, nor will it be his last time. But it was one of the biggest possible lies. The state of union is absolutely not strong. Anyone with a smidgen of intelligence and critical thinking capability knows that in almost every conceivable way the United States is in awful shape for a large fraction of its citizens.

Imagine if the President of the USA stood up in front of Congress, the whole nation and the world with the courage to tell the truth: the state of the union is terrible, about the worst in more than 100 years. And that is why Americans have to wake up, pay attention, sacrifice and join together in rebellion to make things much, much better and the hell with conventional politics driven by the worst special interests and the rich.

By telling the lie that the state of the union is strong, Obama removed the necessary motivation for Americans to get their distracted and delusional minds oriented in the right direction. The nation needs to shift into revolution mode. Watching the Superbowl will not improve our government.

What Americans must face is the ugly truth that China and other nations are beating the crap out of the United Statesand nothing the United States is currently doing has the ability to change this situation and win the global competition. In just about every objective way that nations can be judged the United States is losing the present. Our educational system for children is a joke; data keep showing that American children are far behind those in many other countries. Our industrial sector has lost an incredible amount of manufacturing and most large companies now make more money from foreign operations and invest money abroad for that reason. That explains a huge loss of jobs with no reversal possible. Our financial sector is awash with corruption, greed and dishonesty. Our health care system no longer produces healthy citizens, compared to many other nations, despite costing much, much more. Our physical infrastructure is a disgrace, crumbling and threatening public health and safety. Upward mobility has largely disappeared and the middle class continues to sink into a lower class. Economic inequality has skyrocketed with the rich becoming richer and everyone else suffering more and more. The large number of homeless, hungry, poor and imprisoned Americans defines a nation that has lost its glory.

Just as Americans have watched once great companies disappear (Remember Polaroid?), they need to wake up to the downfall of their own country. All the talk about jobs is just another monumental deception, because there is no way that millions of new, good paying jobs will be created for many years. Even more and more Americans face hunger and homelessness as well as joining the working poor.

In stark contrast to the empty rhetoric of Obama, at about the same time a remarkably honest report by the Financial Crisis Inquiry Commission that provides incredibly honest criticisms and explanation of exactly what caused the economic meltdown that millions of Americans are still suffering from. If President Obama respected its findings, he would use them as the basis for detailing his actions against the entities responsible for the Great Recession. Here is a sample of the report’s important views:

"The crisis was the result of human action and inaction, not of Mother Nature or computer models gone haywire. The captains of finance and the public stewards of our financial system ignored warnings and failed to question, understand and manage evolving risks within a system essential to the well-being of the American public. Theirs was a big miss, not a stumble.”

The financial industry has gotten away with murder and ended up profiting enormously. No mystery because it and groups affiliated with it spent more than $3.7 billion on lobbying and campaign contributions from 1999 to 2008.

And imagine if the President would have had the guts to talk openly about the incredibly awful financial predicament of most states! Many more people will lose their jobs as governments cut spending.

Nothing defines our delusional democracy more than a president providing delusional thinking to mostly delusional citizens. Make no mistake; this is an epidemic of bipartisan delusion. This is what makes America exceptional. A once great nation is sliding down the toilet and most everyone, especially politicians, are lying endlessly as it does, as if the nation’s decay should be ignored rather than honestly combated by its citizens.

Obama said “We do big things.” Once, the country did big things, but not now. The best is behind us, the worst is now with us. The United States is stuck in a quicksand of corrupt politics that has been killing the middle class as the elite and rich upper class gets more and more wealth and power. Republicans like to talk about U.S. exceptionalism; it is a farce. There is no longer anything exceptional in a positive sense. That is a terribly bitter and painful truth to acknowledge, but if we do not do so, then how can we possibly fix the many things that are broken? We cannot. We are in a massive national state of delusion, hanging on to the fantasy that the nation is still great. Yes, we need to do big things to restore greatness to the nation, but for that to happen we must first admit the ugly truth and fight American tyranny.

Winning the future, the hot new slogan from Obama, only has meaning if he acknowledges that the nation is losing the present. Yet Americans remain unready to revolt. And the Tea Party movement puts its faith in Republicans! What a disgrace, especially for a nation built on revolution.