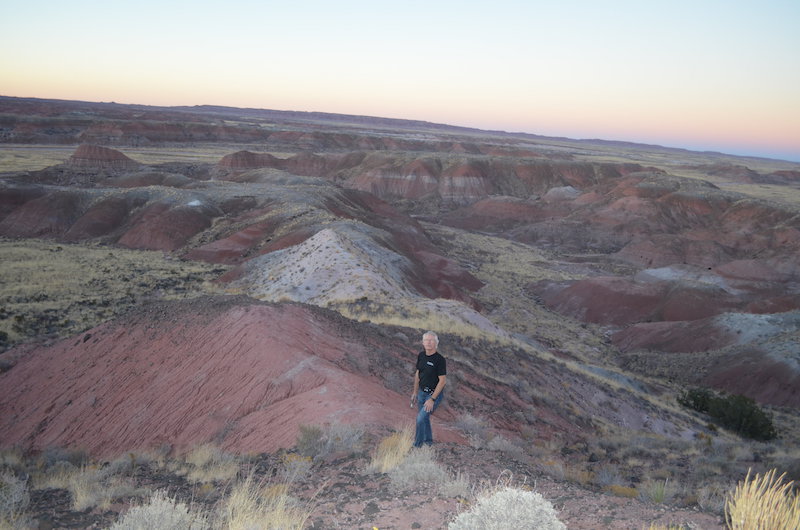 Within ancient rocks in Arizona's Petrified Forest National Park, scientists have identified signs of a regular variation in Earth's orbit that influences climate. Here, one of the authors near the research site. Credit: Kevin Krajick/Lamont-Doherty Earth Observatory

May 7, 2018 (Phys.org) -- Scientists drilling deep into ancient rocks in the Arizona desert say they have documented a gradual shift in Earth's orbit that repeats regularly every 405,000 years, playing a role in natural climate swings.

Astrophysicists have long hypothesized that the cycle exists based on calculations of celestial mechanics, but the authors of the new research have found the first verifiable physical evidence. They showed that the cycle has been stable for hundreds of millions of years, from before the rise of dinosaurs, and is still active today.

The research may have implications not only for climate studies, but our understanding of the evolution of life on Earth, and the evolution of the Solar System. It appears this week in the Proceedings of the National Academy of Sciences.