Do Americans Get That Trump is Instituting Martial Law? | umair haque 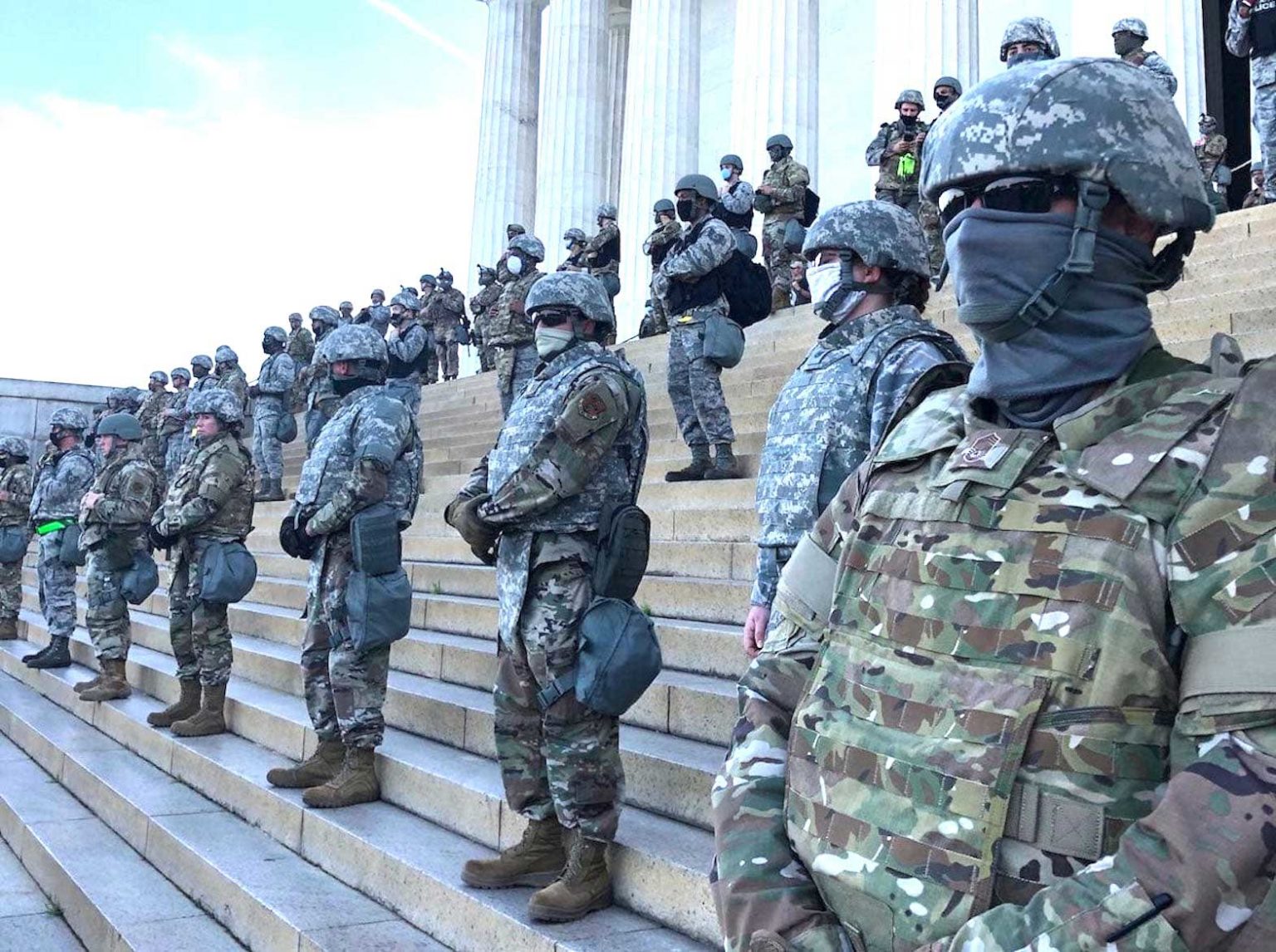 National Guardsmen on the steps of the Lincoln Memorial in Washington, D.C., on June 2, 2020. (Twitter/Martha Raddatz)

July 23, 2020 (Eudaimonia & Co.) -- Yesterday, the Mayor of Portland was gassed by the secret police of storm troopers that Donald Trump has sent to occupy the city.

Yesterday, the Mayor of Portland was gassed by the secret police of storm troopers that Donald Trump has sent to occupy the city.

If I wrote that sentence five years ago, you would have laughed at me. It would have seemed impossible. Inconceivable. Outlandish. And yet here we are.

Shortly before that, Trump announced that he was sending his new secret police’s shock troops… men in camouflage body armor, carrying machine guns, abducting people off the streets, and now gassing mayors… nationwide.

If I wrote that sentence five years ago, you never would have read another word I wrote. And yet here we are.

Where is this, though, this strange new territory America finds itself in? What’s really happening here?

Something that those of us who’ve lived through -- and survived -- authoritarian-fascist collapses know all too well. We’ve seen it before, maybe, like me, several times over. We know how it begins, and how it ends -- usually -- too. None of that’s to be a know-it-all blowhard. It’s to warn, as seriously as I can. You probably have an inkling of what I’m about to say, but your rational side denies it. Your gut is right, and your brain -- which has never lived through this kind of collapse before -- is wrong.

Trump is instituting martial law. Yes, really. That is what sending a secret police of shock troops across America is. No, not suddenly, all at once, in a kind of sweeping and obvious way. But rather, in the time-honored way that authoritarian-fascists do. One step at a time. A process. A creeping martial law. One that is all too easy to normalize and accept, because it proceeds in slow steps. Martial law isn’t declared like in the movies, usually. More often, it happens like this.