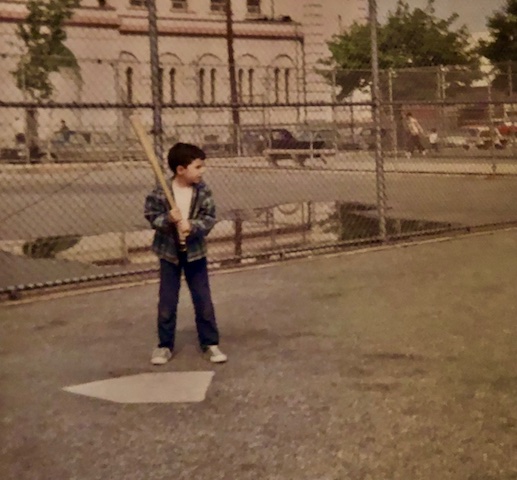 Growing up in a working-class, blue-collar neighborhood — long before there was an internet — often left kids like me to our own devices. We found myriad ways to amuse ourselves and also, to play sports. We were troublemakers, sure, but athletes above all. One time, however, it was my uncle who made the whole sports thing possible. That said, the story you’re about to read would be impossible in today’s world.

My family was living on the fourth floor of a five-floor walk-up at the time. I was maybe 10 or 11. One flight down from us lived my maternal grandpa and his son, Bernard. To me and my cousins, he was (and still is) Uncle Butch. He got me into baseball at a very young age — including some awe-inspiring trips to Yankee Stadium. Upon returning home from serving in Vietnam, Uncle Butch decided he wanted to do more.

He created a batch of hand-made signs and hung them all over the neighborhood. The basic idea was to invite local boys to meet at the P.S. 4 schoolyard that Saturday at 10:00 AM. Let’s pause and recap: A single man in his late 20s who was sharing an apartment with his father was asking young boys to meet him in a park at a time when few other people would be around. No one involved in this venture thought anything of it at the time… and I’m not sure if that’s a good or bad thing.

P.S. 4 was across the street from my building. We were told this school was where the worst behaved kids from schools all over the city were sent and there was no reason to doubt this theory. My neighborhood was (and still is) very ethnically mixed. P.S. 4 was not. To the best of my memory, virtually every single boy who attended that school was black — and older than me at the time of this story.

Whenever we’d hear the bell ring at the end of the school day, we’d dart inside for about 10 or 15 minutes. To stay outside as the P.S. 4 kids walked past on their way to the subway was a virtual guarantee you’d get jumped. A few years later, as my friends and I grew older and bolder, we stood our ground. This resulted in some epic confrontations but I’ll save that for another article.

When me, my Dad, and Uncle Butch walked to the concrete baseball diamond at P.S. 4 that Saturday morning, we were astonished to see a park full of baseball glove-wielding boys ranging from 10 to about 12 years old. My eyes bulged when I noticed how many of the cool crowd was there. We all went to the same grammar school and, at the time, none of these dudes knew I was alive. They were wise asses, tough guys, and excellent athletes. I was more than a little scared to test myself against them but it all went smoothly.

I should note that not a single parent showed up with their sons (except my father). To this day, it’s unclear if any of the other kids even told their parents where they were going so early on a day off from school. Uncle Butch didn’t bother with such details. There were no insurance forms or liability waivers. He didn’t even need to know anyone’s last name. What mattered at the moment was dividing the boys into two evenly matched squads and getting a game started as soon as possible. The boys had a blast. They appreciated my good-natured uncle but had fun razzing him, too. One boy, Danny (the son of a made man, btw) was the ringleader for the teasing but never took things too far.

That Monday at school, I was suddenly part of the in-crowd — and I’ve never looked back. In a bizarre way, my uncle’s impromptu baseball league gave me entry into the scene that made so many of my recent memoir-style articles possible. I went from shy, super-smart nerd to part of a wolf pack in the blink of an eye. With each passing Saturday, more boys showed up. The games got super competitive and Uncle Butch decided we needed a bigger field. One week, he spontaneously marched us all through the Queensbridge projects to River Park to play on a real field — dirt, grass, actual bases, and all that.

Once again, societal “rules” were broken. Queensbridge was known as “dangerous” and no one would enter that turf unless they were looking for trouble. Here we were, a group of mostly white boys trusting the adult in charge, and guess what? It was fine. We ended up playing against some Queensbridge kids and sometimes returned to River Park to keep the rivalry going. In 2021, Uncle Butch would have probably been brought up on charges for some #woke offense! But there’s one more it-would-never-happen-today chapter to this story… and it involves The House That Ruth Built. 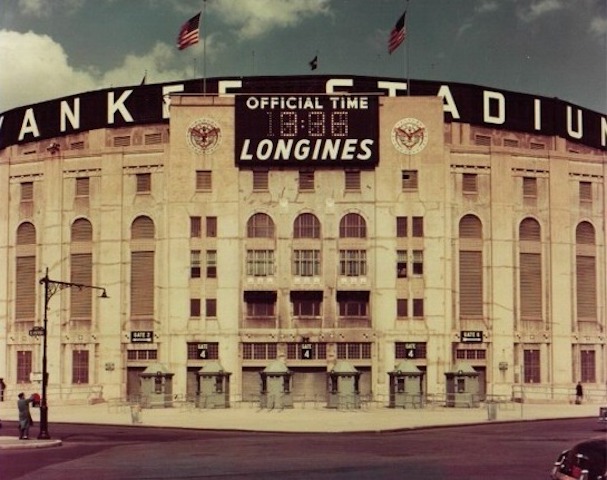 Back in those days, Con Edison partnered with a non-profit called The Fresh Air Fund. Here’s their motto and mission: “Transforming Lives. One Summer at a Time. Since its founding in 1877, The Fresh Air Fund has provided life-changing summer experiences for children from New York City’s underserved communities.”

Uncle Butch decided that we underserved youths needed some of the "fresh air" you’d find in the fabled Yankee Stadium bleachers. He contacted Con Ed, did all the paperwork, and got us a big batch of tickets for some unimaginably low cost (maybe 50 cents each?). So, there we went on another adventure that would be unthinkable today. My uncle and my Dad unofficially chaperoned about two dozen pre-teen punks on the long subway ride (complete with transfers) from Queens to the Bronx and back — for a night game no less! Yet again, I doubt most of the boys even bothered to tell their parents where they’d be that evening. We had the time of our lives, I further bonded with my new friends, and everyone made it home in one piece.

Our DIY league organically disbanded after one very unorthodox but unforgettable season. Uncle Butch soon fell in love, got married, and moved to Sunnyside. Many of the boys entered their teenage years and thus, graduated to new fields of interest. But we all stayed active in sports and never stopped rooting for the Yanks — including my uncle. In fact, here’s a photo I took of him when he and I visited the new Yankee Stadium in 2010: 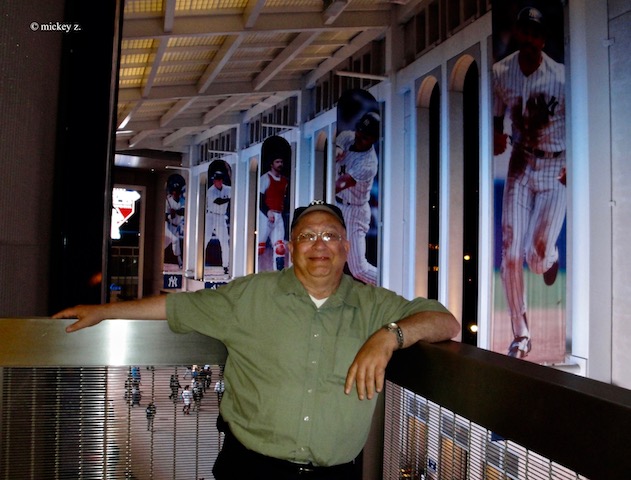 Here’s to breaking rules and to defying societal conventions in the name of creating some community on your own terms.