Defined by Nakba and Exile: The Complex Reality of ‘Home’ for Palestinians | Ramzy Baroud 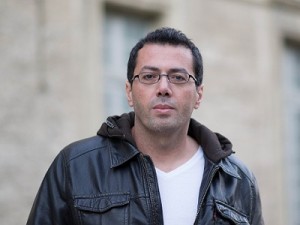 When ISIS militias swept into Mosel, Iraq, in June 2014, Ibrahim Mahmoud plotted his flight, along with his whole family, which included 11 children.

Once upon a time, Ibrahim was himself a child escaping another violent campaign carried out by equally angry militias.

In his life-time, Ibrahim became a refugee twice, once when he was nine-years-old, living in Haifa, Palestine, and yet again and more recently, in Mosel.

Just weeks before Israel declared its independence in 1948, Ibrahim lost his homeland, and fled Haifa, along with tens of thousands of Palestinian Muslims and Christians, after Israeli militias conquered the city in a military operation they called Bi'ur Hametz, or Passover Cleaning.

More than 750,000 Palestinians were expelled from or fled the horrors of the militias-instigated war, and those who are still alive along with their descendants, number more than five million refugees.

Between 1948 and 2014, life was anything but kind to Ibrahim and his family. At first, they sold falafel, and his children left school to join the work force at a young age. They all had cards that listed them as ‘Palestinian refugees’, and to date know of no other identity.

When the Americans invaded Iraq in 2003, they granted their soldiers and the Shia-militias a free hand in that Arab country. The once relatively thriving and peaceful Palestinian community of refugees in Iraq was shattered. Now, according to the UN Refugee’s Agency, no more than 3,000 Palestinian refugees are still living in Iraq, many of them in refugee camps.

Ibrahim has finally managed to escape Mosel, and now lives in a dirty and crowded refugee camp within Kurdish-controlled territories in the north. Considering his old age and faltering health, his story could possibly, and most likely will, end there, but certainly not that of his children and grandchildren.

Ibrahim’s tragedy is not unique within the overall Middle East refugee crisis. Nonetheless, if seen within its painfully protracted historical context, Palestinian exile is almost unprecedented in its complexity and duration. Few other refugee populations had struggled with an exile which defined them, one generation after the other, as Palestinians have.

To offer a new perspective on this issue, about a year ago, I led a group of Palestinian researchers with the aim of offering a unique and modern study of Palestinian exile, wherein the 1948 Nakba (or Catastrophe) was examined within a larger context of space and time, not only in Palestine itself, but throughout the region, and the world as well. The stories borne out of this research will appear in a book that is tentatively entitled: Exiled.

Since the first refugee was expelled from his land in 1948, international aid workers, politicians, journalists, and eventually, historians, examined the Palestinian experience seemingly from all angles.

Exile was then first seen as a political crisis to which the only solution was the return of refugees, as instructed in United Nations General Assembly (UNGA) Resolution 194.

When that possibility grew dim, other resolutions followed, all expressing the political contexts of each era: in 1950, ‘74, ‘82, ‘83, etc. (An article by Ben Zakkai in Mondoweiss, entitled: "Notes on international law and the right of return" is most insightful in this regard.)

Regardless of the nature of the discussion pertaining to Palestinian refugees -- be it legal, political or moral -- the refugees themselves were rarely consulted, except as subjects of selective and sometimes dehumanizing poll questions, which draw their conclusions from refuges voting either “Yes” or “No,” or even neither.

Many conclusions were drawn from various polls that were often commissioned to reach political conclusions, and each time such results are published, academic, media and political storms often ensue. For Israel, the key concern is for the Palestinians to simply disconnect from their historic homeland. In contrast, for refugee advocates the struggle has always been to demonstrate that the refugees’ desire to return remains as strong today as it was nearly 68 years ago.

But between Israeli laws aimed at punishing Palestinians for commemorating their Nakba, and efforts to keep the Right of Return central to the debate, an actual disconnect happened between the likes of Ibrahim Mahmoud of Haifa/Mosel, along with millions like him and the rest of us. However, this disconnect was not in keeping with Israeli hopes; instead it was based on a very real, human perspective

For Ibrahim, as is the case for Palestinian refugees in Syrian, Lebanon, Iraq, Palestine itself, and all over the world, the matter of exile is regarded from neither a political nor a legal perspective. It is an everyday reality that has left numerous scars and manifestations on the refugee’s identities as people, their perception of themselves, of their surroundings, of ‘home’, their internalization of the past, their understanding of the present and their aspirations for their futures.

After examining profiles, reviewing hundreds of answered questionnaires and conducting thorough interviews with many refugees, it became clear to us that in the minds of all Palestinians, the Nakba is not a separate question to be discussed and resolved through political concessions or pressures. Nor was it a legal question either, one so convoluted that it needed to be assigned to the ‘final status negotiations’ between Israel and the PLO -- negotiations which never happened anyway.

Even Palestinians who seem unlikely to exercise their right of return consider their lives within the context of the Nakba and exile as an essential one.

Our study, Exiled, which will be presented in a narrative, non-academic format centers on the assumption that the question of identity can better be examined through the accumulation of personal narratives which could eventually help us isolate collective common denominators, so that we can offer answers to such question as: “What are the group identifiers of Palestinians in the modern era?” and “How strong is the common Palestinian identity in an age of geographic, political and ideological splits, regional turmoil and divisive military occupation?”

One of our findings so far is that Palestinians, including those who had relatively stable lives and successful careers in exile, are unified by a common tragedy, and that neither Muslims nor Christians, despite their unique narratives and claim to identity, are in fact much different in terms of that collective self-perception. The Nakba and exile seem to hover above Palestinians as the most common foundation for the modern Palestinian narrative.

According to this narrative, the Nakba was not an historical event that existed sometime between 1947 and ‘48, and ended with UNGA Resolution 194, which is yet to be implemented.

In fact, it is an ongoing story, a journey that neither ended at a psychological nor practical levels. Those who were expelled from Safad in 1948, for example, then fled Jordan in 1970, then Lebanon in 1982 and finally Yarmouk in 2012, are testament to the reality that, unlike common wisdom, exile for Palestinians is not specific in time or space, but a cyclical process that is experienced by every single Palestinian, even those who would declare that they have no intentions of returning to Palestine.

In other words, the study of Palestinian exile, and the collective aspiration of the Palestinian people when it comes to their right of return is far more complex than a simple question that can be addressed based on a “Yes” or “No" answer. Nor is it a matter that is open for political negotiations.

It is far more encompassing and is best articulated by the refugees themselves; without it Ibrahim Mahmoud, his children and all of his descendants will always be exiled, always refugee.

– Dr. Ramzy Baroud has been writing about the Middle East for over 20 years. He is an internationally-syndicated columnist, a media consultant, an author of several books and the founder of PalestineChronicle.com. His books include ‘Searching Jenin’, ‘The Second Palestinian Intifada’ and his latest ‘My Father Was a Freedom Fighter: Gaza’s Untold Story’. His website is: www.ramzybaroud.net.