Cuba And The U.S.: Some Historical Context | Mickey Z. 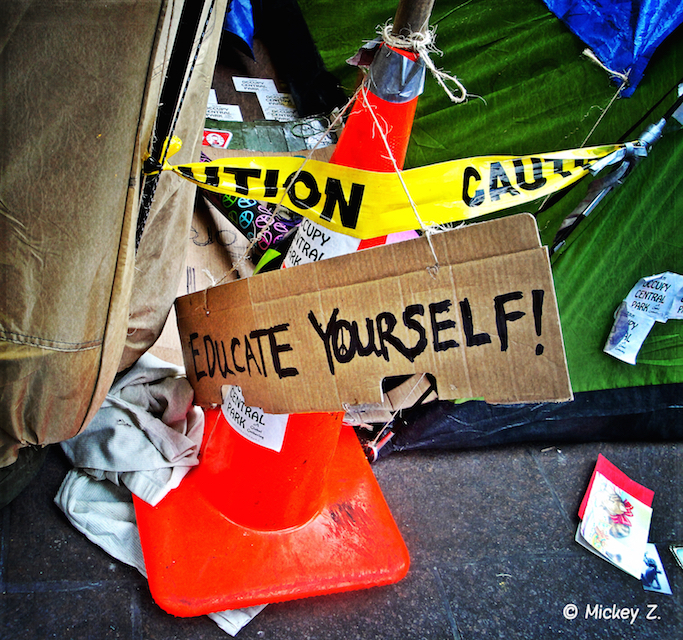 “The need to possess Cuba is the oldest issue in U.S. foreign policy.”

As we contemplate the latest news about a possible shift in U.S.-Cuba relations, a little historical context can go a long way...

“Eyeing Cuba for almost a century”
Feb. 15, 1898, was a muggy Tuesday night in Havana Harbor. Some 350 crew and officers settled in on board the USS Maine.

“At 9:40 p.m., the ship's forward end abruptly lifted itself from the water,” writes author Tom Miller. “Along the pier, passersby could hear a rumbling explosion. Within seconds, another eruption -- this one deafening and massive -- splintered the bow, sending anything that wasn't battened down, and most that was, flying more than 200 feet into the air.”

By the time the sleeping giant was jarred into alertness by the Maine explosion, Cuban and Filipino rebels were already fighting Spain for independence in their respective lands. The Maine was in Havana Harbor in 1898 on a purportedly friendly mission. “Yet,” writes Miller, “the visit was neither spontaneous nor altruistic; the United States had been eyeing Cuba for almost a century.”

“At a certain point in that spring, McKinley and the business community began to see that their object, to get Spain out of Cuba, could not be accomplished without war,” historian Howard Zinn adds, “and that their accompanying object, the securing of American military and economic influence in Cuba, could not be left to the Cuban rebels, but could be ensured only by U.S. intervention.”

American newspapers, especially those run by Hearst (New York Journal) and Joseph Pulitzer (New York World), jumped on the Maine explosion as the ideal justification to drum up public support for a war of imperialism.

When Hearst sent artist Frederick Remington to Cuba to supply pictures, he reported that he could not find a war. “You furnish the pictures,” Hearst replied, “and I’ll furnish the war.”

Spain was easily defeated, the legend of Teddy Roosevelt was manufactured whole cloth, and the Cubans (and Puerto Ricans) found themselves exchanging one colonial ruler for another.

“Of transcendent importance”
Today's mainstream perception of Cuba has little to do with the fabricated heroics of one of the faces carved on Mount Rushmore (As TR once declared: "Democracy has justified itself by keeping for the white race the best portions of the earth's surface.") Since 1959, it's mostly about Fidel Castro, the Cuban Revolution, the ensuing U.S. blockade, and events like the Bay of Pigs and Cuban Missile Crisis.

We hear much less and thus know much less about the relentless low intensity U.S. assaults on Cuba. For example, the Cuba Project, a.k.a. "Operation Mongoose," was initiated by the liberal (sic) Kennedy administration in 1962 with the stated objective of helping the "Cubans overthrow the Communist regime from within Cuba and institute a new government with which the United States can live in peace."

"What has happened is a level of international terrorism that as far as I know has no counterpart, apart from direct aggression," explains Noam Chomsky. "It's included attacking civilian installations, bombing hotels, sinking fishing vessels, destroying petrochemical installations, poisoning crops and livestock, on quite a significant scale, assassination attempts, actual murders, bombing airplanes, bombing of Cuban missions abroad, etc. It's a massive terrorist attack."

The U.S. aggression toward Cuba since 1959 denied the world a chance to witness what that revolution may have become. But, in reality, Cuba has never stood a chance. As far back as the American Revolution, Secretary of State John Quincy Adams announced that U.S control of Cuba was "of transcendent importance."

"The need to possess Cuba is the oldest issue in U.S. foreign policy," Chomsky concludes.

Postscript: The event that set all this into motion, the alleged bombing of the Maine, was investigated by Admiral Hyman Rickover of the U.S. Navy in 1976. Rickover and his team of experts concluded that the explosion was probably caused by "spontaneous combustion inside the ship's coal bins," a problem common to ships of that era.

Once again, I have two words for you, comrades: Pattern. Recognition.

Cuba And The U.S.: Some Historical Context by Mickey Z. is licensed under a Creative Commons Attribution-ShareAlike 4.0 International License.

Based on a work at http://worldnewstrust.com/cuba-and-the-u-s-some-historical-context-mickey-z.