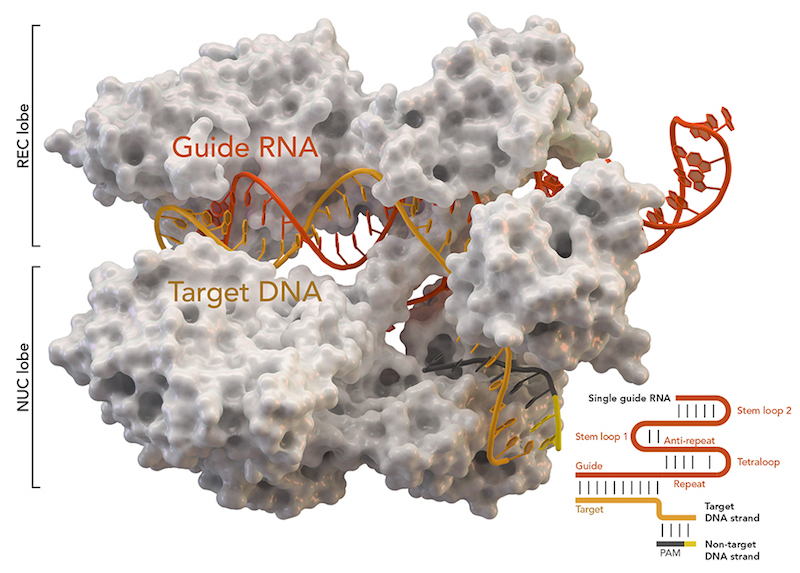 May 29, 2017 (Phys.org) -- As CRISPR-Cas9 starts to move into clinical trials, a new study published in Nature Methods has found that the gene-editing technology can introduce hundreds of unintended mutations into the genome.

"We feel it's critical that the scientific community consider the potential hazards of all off-target mutations caused by CRISPR, including single nucleotide mutations and mutations in non-coding regions of the genome," says co-author Stephen Tsang, MD, PhD, the Laszlo T. Bito Associate Professor of Ophthalmology and associate professor of pathology and cell biology at Columbia University Medical Center and in Columbia's Institute of Genomic Medicine and the Institute of Human Nutrition.

CRISPR-Cas9 editing technology—by virtue of its speed and unprecedented precision—has been a boon for scientists trying to understand the role of genes in disease. The technique has also raised hope for more powerful gene therapies that can delete or repair flawed genes, not just add new genes.

The first clinical trial to deploy CRISPR is now underway in China, and a U.S. trial is slated to start next year. But even though CRISPR can precisely target specific stretches of DNA, it sometimes hits other parts of the genome. Most studies that search for these off-target mutations use computer algorithms to identify areas most likely to be affected and then examine those areas for deletions and insertions.