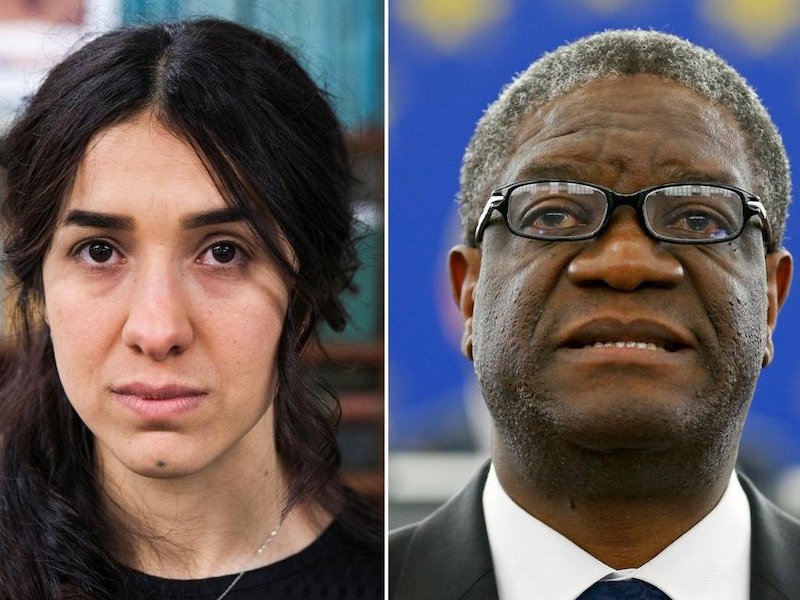 Oct. 5, 2018 -- OSLO (Reuters) -- Denis Mukwege, a doctor who helps victims of sexual violence in the Democratic Republic of Congo, and Nadia Murad, a Yazidi rights activist and survivor of sexual slavery by Islamic State, won the 2018 Nobel Peace Prize on Friday.

They were awarded the prize for their efforts to end the use of sexual violence as a weapon of war, the Norwegian Nobel Committee said.

“Denis Mukwege is the helper who has devoted his life to defending these victims. Nadia Murad is the witness who tells of the abuses perpetrated against herself and others,” it said in its citation.

“Each of them in their own way has helped to give greater visibility to war-time sexual violence, so that the perpetrators can be held accountable for their actions.”