Climate change: why the Guardian is putting threat to Earth front and centre | Alan Rusbridger

As global warming argument moves on to politics and business, Alan Rusbridger explains the thinking behind the Guardian newspaper's major series on the climate crisis 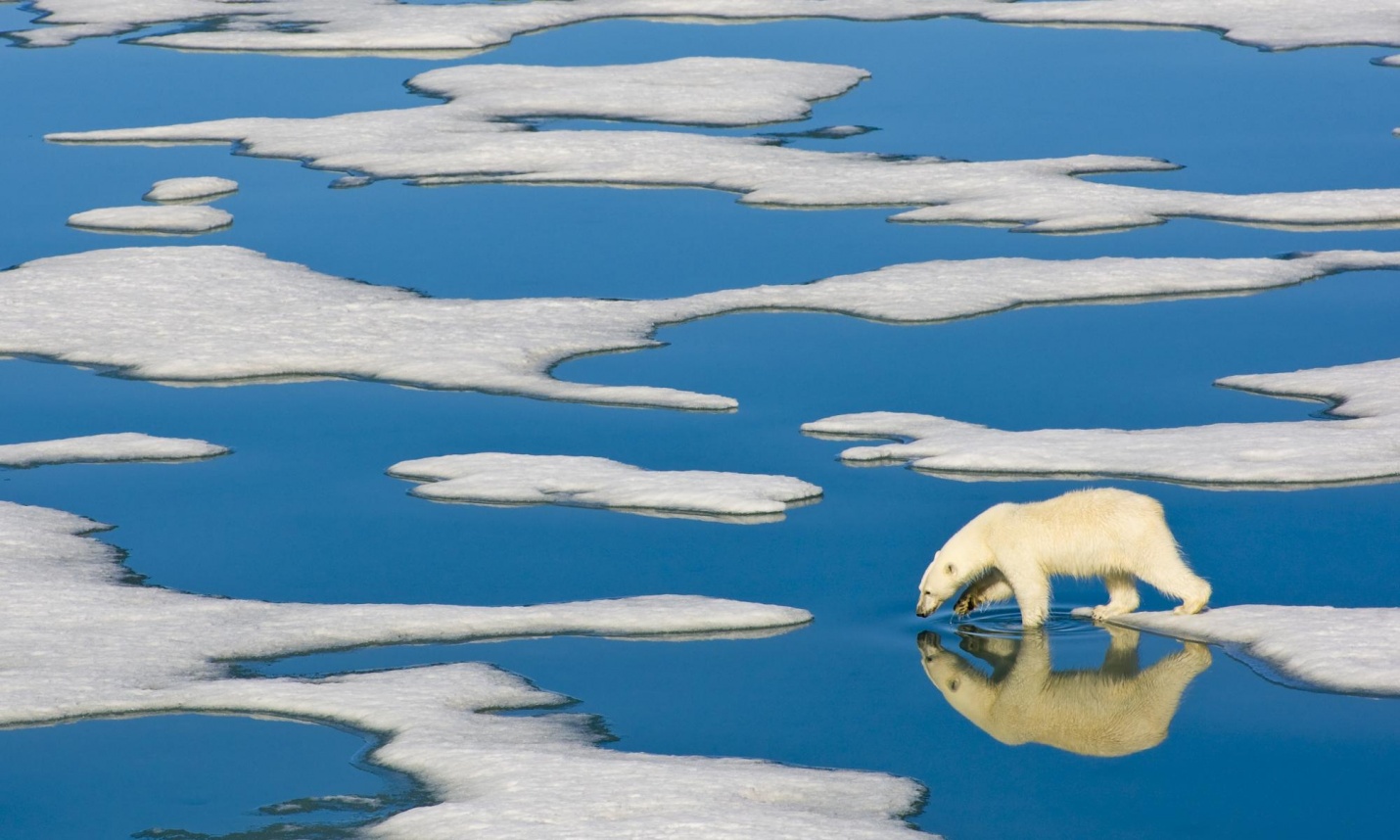 A polar bear in the arctic wilderness of the Svalbard Islands in the Arctic Ocean. Photograph: Ralph Lee Hopkins/Corbis

March 6, 2015 (Guardian) -- Journalism tends to be a rear-view mirror. We prefer to deal with what has happened, not what lies ahead. We favour what is exceptional and in full view over what is ordinary and hidden.

Famously, as a tribe, we are more interested in the man who bites a dog than the other way round. But even when a dog does plant its teeth in a man, there is at least something new to report, even if it is not very remarkable or important.

There may be other extraordinary and significant things happening – but they may be occurring too slowly or invisibly for the impatient tick-tock of the newsroom or to snatch the attention of a harassed reader on the way to work.

What is even more complex: there may be things that have yet to happen – stuff that cannot even be described as news on the grounds that news is stuff that has already happened. If it is not yet news – if it is in the realm of prediction, speculation and uncertainty – it is difficult for a news editor to cope with. Not her job.

For these, and other, reasons changes to the Earth’s climate rarely make it to the top of the news list. The changes may be happening too fast for human comfort, but they happen too slowly for the newsmakers – and, to be fair, for most readers.

These events that have yet to materialise may dwarf anything journalists have had to cover over the past troubled century. There may be untold catastrophes, famines, floods, droughts, wars, migrations and sufferings just around the corner. But that is futurology, not news, so it is not going to force itself on any front page any time soon.