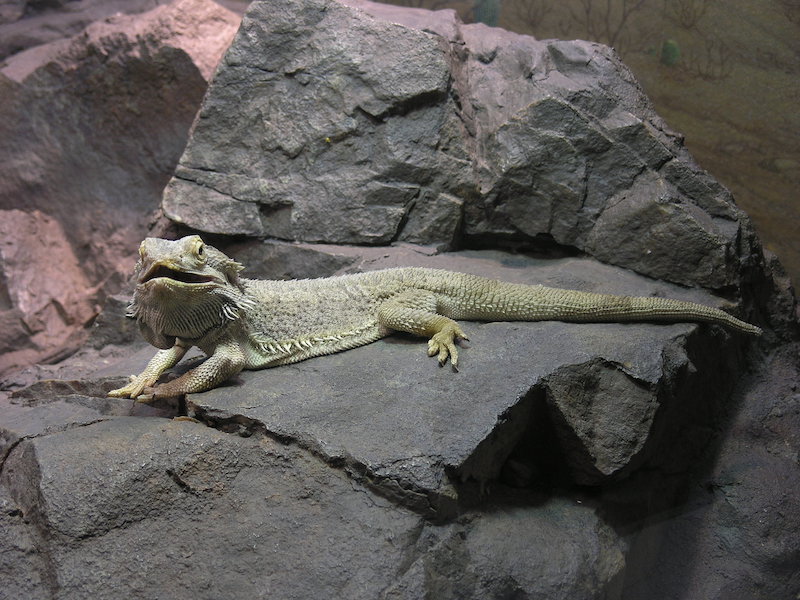 Nov. 22, 2017 (Phys.org)--A team of researchers affiliated with the University of Lincoln in the U.K. has found evidence suggesting that, as the planet heats up due to global warming, the bearded dragon may become less intelligent.

In their paper published in the journal Royal Society Open Science, the group describes exposing incubating bearded dragons to warmer than normal air temperatures and then testing their intelligence.

Over the past several years, scientists have been finding that creatures great and small are smarter than commonly assumed. This is the case for bearded dragons, the people-friendly reptile from Australia. Some studies have shown, for example, that they are able to note the behavior of their peers and then copy it if it offers a reward. Such behavior offers a means for testing the intelligence of individuals among a group.

To find out what impact rising temperatures might have on the bearded dragon, the researchers incubated 13 eggs, seven in a warmer than normal 30 degrees Celsius nest and six at the normal 27 degrees C. After they hatched and grew older, the researchers tested the intelligence of all the lizards by exposing them to a video showing a bearded dragon opening a sliding door and then testing them to see if they could or would imitate the behavior for a reward -- prior research showed that opening a screen door is something the lizards can only learn if they see another lizard do it first.