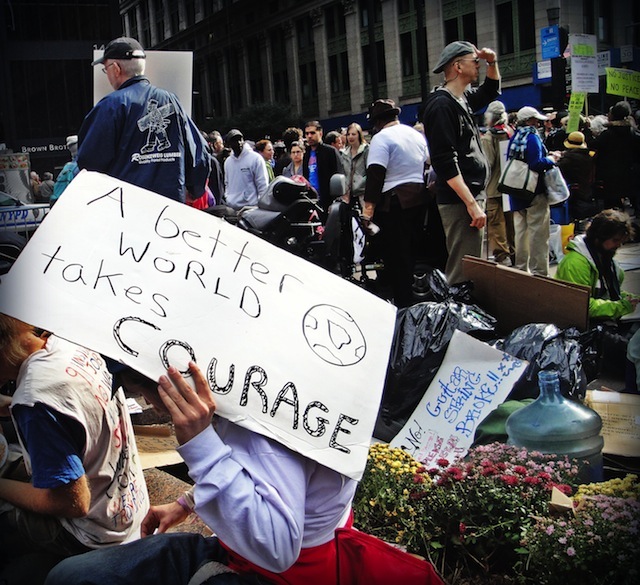 "The hottest places in hell are reserved for those who, in times of great moral crisis, maintain their neutrality."

I wept long and hard when I read of Herman Wallace’s death on Oct. 4.

I wept because the 71-year-old had just been released on bail from Elayn Hunt Correctional Center in St. Gabriel, La., when a federal judge overturned his conviction and ordered a new trial.

I also wept over the despicable but all-too-common and predictable behavior of a corporate-controlled State.

I wept over how far the State will go to maintain the status quo, how deeply it despises and fears brave activists like Herman Wallace.

“No DNA evidence linked him to the crime”
Herman Wallace served 43 years in Louisiana prisons -- more than 41 of them in solitary confinement. This snippet from the New York Times explains how the longest such confinement in U.S. history came to be:

“In 1971, at age 30, Mr. Wallace was convicted of armed robbery and sent to Angola prison, which was known at that time as ‘the bloodiest prison in the South.’ Armed inmates served as assistant guards. There was widespread physical and sexual violence, prostitution, and sexual slavery in the prison, as well as deplorable sanitary conditions ... Mr. Wallace established a Black Panthers group inside the prison and began to try to make reforms, along with his lifelong friend, (Albert) Woodfox. Their primary goal was to reduce the incidence of rape. In 1972, a guard was killed, and Mr. Wallace and Mr. Woodfox were convicted of the murder.”

Steven Hawkins, executive director of Amnesty International USA, adds some crucial context: “An African-American, (Wallace) was convicted in 1974 of the murder of a prison guard, Brent Miller, by an all-white male jury. No DNA evidence linked him to the crime, not even the knife or the bloody prints found at the scene. The testimony of the main witness was later revealed to have been bought by the state in return for favors, including a pardon.”

Along with a third prisoner (and fellow Black Panthers member) named Robert King, Wallace and Woodfox became known as “The Angola 3.” After 29 years in solitary confinement, King was released in 2001. Woodfox, however, remains in solitary -- complete with daily strip and cavity searches.

In light of all this, you’d think that maybe -- just maybe -- the powers-that-be in Louisiana might display a tiny bit of remorse. Um, not quite. Immediately after his release, Wallace was re-indicted by the state.

Unleashed!
The corporate-controlled State’s brutal treatment of Herman Wallace also caused me to weep for Lynne Stewart. Known as “the people’s lawyer,” Stewart was targeted precisely because she was such an effective voice for justice. She currently languishes in prison despite being diagnosed with terminal breast cancer.

The elites -- the folks we now call the 1% -- openly hate radicals and will do whatever it takes to make dissent an unattractive and dangerous life choice. After all, if high profile figures like Wallace and Stewart -- plus: Mumia, Peltier, Manning, and so many more -- are made to endure authoritarian, police state-style punishment, what chance would a nameless, penniless activist stand?

Simply put: What person in their right mind would choose a life of dissent in a nation as repressive and vengeful as the United States?

Before you nod your head in agreement with the tenor of that question, I ask you to mindfully consider the alternative.

Herman Wallace endured the cruel and unusual punishment of solitary confinement for decades but for any of us to pretend we do not see the injustices that permeate our culture is to volunteer for a different form of confinement. To neglect our duty to work with and defend all earthlings is to condemn ourselves to a wasted life inside an invisible cell. It is to opt for the illusion of safety over the quest for justice.

Both Wallace and Stewart dealt with a body ravaged by cancer but, rest assured, they never succumbed to the epidemic cancers of complacence and complicity.

We are, each of us, purposefully chained by a leash in the Land of the Free™. But it is only those who stray from the cookie-cutter conformity who feel the leash’s harsh pull. Herman Wallace spent a lifetime tugging on that leash. We owe it to him and so many others to not only make the leash more visible but to also break the chains once and for all.

Opting for such a path will undoubtedly get you labeled a “radical,” but as some guy known as MLK once declared: “When you’re right, you can never be too radical.”