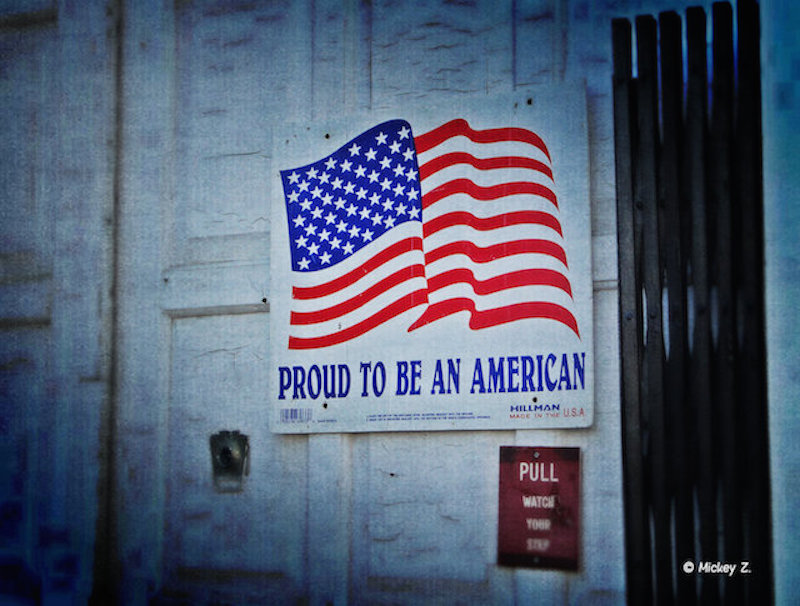 When news broke of an ISIS video that appeared to show a Jordanian prisoner being burnt alive, the Pope of Hope™ took the opportunity to hypocritically condemn its “viciousness” and “barbarity” while pundits labeled ISIS’s reprehensible act “medieval” and compared it to what was once done in the Middle Ages.

This statement is accurate, of course, if you define “Middle Ages” as 70 years ago in Dresden…

Since I just wrote about the human toll of the Dresden bombing, let’s instead re-examine a rarely discussed aspect of targeted fires as policy.

Within the Allied target zone was the Dresden Zoo, run by animal trainer Otto Sailer-Jackson. To help understand how deeply embedded the privilege of speciesism can be, take a moment to ponder the standing Nazi order that if human life was endangered, all carnivores must be shot.

Anyway, as the bombing commenced, Sailer-Jackson recalled the scene:

“The elephants gave spine-chilling screams. Their house was still standing but an explosive bomb of terrific force had landed behind it, lifted the dome of the house, turned it round, and put it back on again… The baby cow elephant was lying in the narrow barrier-moat on her back, her legs up to the sky. She had suffered severe stomach injuries and could not move.”

Three hippopotamuses were drowned when iron debris pinned them to the bottom of their water basin. In the ape house, Sailer-Jackson found a gibbon that, when it reached out to the trainer, had no hands, only stumps. Nearly 40 rhesus monkeys escaped to the trees but were dead by the next day from drinking water polluted by the incendiary chemicals.

For those animals that made it to the next day, the assault was far from over. A U.S. aircraft pilot came in low, firing at anything he could see was still alive. “In this way,” Sailer-Jackson explained, “our last giraffe met her death. Many stags and others animals which we had managed to save became victims of this hero.”

On the night of March 9-10, 1945, General Curtis LeMay, head of the Twenty-first U.S. Bomber Command, brought an all-American brand of hell into the Pacific theater as his bombardiers laid siege on Tokyo.

Tightly packed wooden buildings were assaulted with 1,665 tons of incendiaries. LeMay later recalled that a few explosives had been mixed in with the incendiaries to demoralize firefighters (96 fire engines burned to ashes, 88 firemen died).

One Japanese doctor recalled “countless bodies” floating in the Sumida River. These bodies were “as black as charcoal” and beyond identification. The total dead for one night was an estimated 85,000, with 40,000 injured and 1 million left homeless.

This was only the first strike in a firebombing campaign that dropped 250 tons of bombs per square mile, destroying 40 percent of the surface area in 66 death-list cities (including Hiroshima and Nagasaki).

By design, the Tokyo attack area was 87.4 percent residential and it is believed that more people died from fire in a six-hour time period than ever before in the history of mankind.

Read that again: By design, the Tokyo attack area was 87.4 percent residential.

At ground zero, the temperature reached 1,800° Fahrenheit. Flames from the ensuing inferno were visible for 200 miles. Due to the intense heat, canals boiled over, metals melted, and human beings burst spontaneously into flames.

By May 1945, 75 percent of the bombs being dropped on Japan were incendiaries. Cheered on by the likes of Time magazine -- which explained that “properly kindled, Japanese cities will burn like autumn leaves” -- the U.S. bombing campaign took an estimated 672,000 lives, mostly civilians.

Radio Tokyo called such tactics “slaughter bombing” and the Japanese press declared that through the fire raids, “America has revealed her barbaric character. ... It was an attempt at mass murder of women and children. ... The action of the Americans is all the more despicable because of the noisy pretensions they constantly make about their humanity and idealism. ... No one expects war to be anything but a brutal business, but it remains for the Americans to make it systematically and unnecessarily a wholesale horror for innocent victims.”

Rather than denying this, a spokesman for the Fifth Air Force categorized “the entire population of Japan (as) a proper military target.”

“We military men do not pull punches or put on Sunday School picnics. We are making War and making it in the all-out fashion, which saves American lives, shortens the agony which War is, and seeks to bring about an enduring Peace. We intend to seek out and destroy the enemy wherever he or she is, in the greatest possible numbers, in the shortest possible time. For us, THERE ARE NO CIVILIANS IN JAPAN.”

On the morning of Aug. 6, 1945, before the Hiroshima story broke, a page-one headline in the Atlanta Constitution read: 580 B-29s RAIN FIRE ON 4 MORE DEATH-LIST CITIES.

Ironically, the success of Curtis LeMay’s firebombing raids had effectively eliminated Tokyo from the list of possible A-bomb targets.

There was nothing left to bomb…

LeMay was later U.S. Air Force chief of staff from 1961 to 1965 when he immortalized himself by declaring his desire to “bomb [the North Vietnamese] back into the Stone Age” and he also served as vice presidential candidate on avowed segregationist George Wallace’s 1968 ticket.

When asked about his role in the 1945 Tokyo firebombing, LeMay remarked: “I suppose if I had lost the war, I would have been tried as a war criminal. Fortunately, we were on the winning side.”

According to the Aug. 15, 1945, edition of the New York Daily News, 60 percent of Hiroshima, a city with a population of roughly 343,000, was destroyed on Aug. 6, 1945. A Tokyo radio broadcast on Aug. 8 described how "the impact of the bomb was so terrific that practically all living things, human and animal, were seared to death by the tremendous heat and pressure engendered by the blast."

Tokyo radio went on to call Hiroshima a city with corpses "too numerous to be counted ... literally seared to death." It was impossible to "distinguish between men and women." The Associated Press carried the first eyewitness account: a Japanese solider who described the victims as "bloated and scorched-such an awesome sight-their legs and bodies stripped of clothes and burned with a huge blister."

It’s also accurate, if you define “Middle Ages” as the 20th century in Southeast Asia, Fallujah, Waco, the American South, and well beyond -- right up to the innumerable victims of the U.S. war machine today.

Obviously, there’s nothing positive to say about ISIS, their behavior, or how/why they came to be. But we’ll never address and end such atrocities while operating within the confines of a mindset fueled by willful, nationalistic denial.

When speaking about ISIS, President Obama declared: "Whatever ideology they're operating off of, it's bankrupt." If anyone understands bankrupt ideology, it’s the Leader of the Free World.™

Burning Truth: Fire as U.S. Policy by Mickey Z. is licensed under a Creative Commons Attribution-ShareAlike 4.0 International License.
Based on a work at https://worldnewstrust.com/burning-truth-fire-as-u-s-policy-mickey-z.