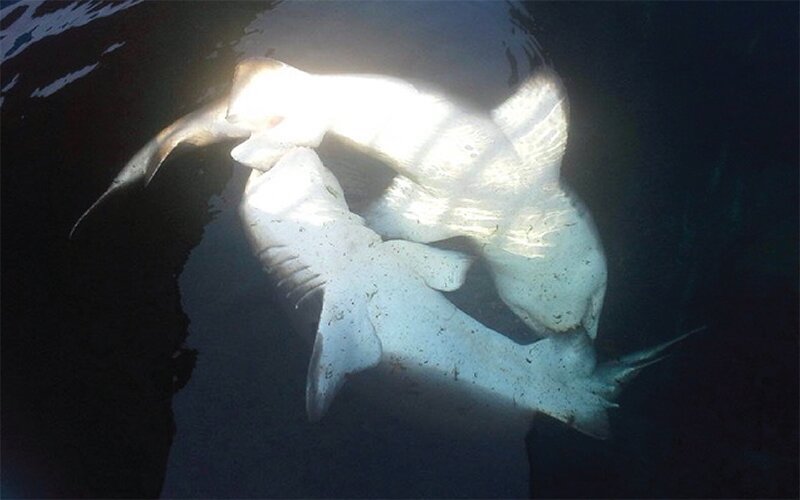 March 4, 2021 (Phys.org) -- Shark scientists at Georgia Aquarium, Scripps Institution of Oceanography at UC San Diego, and Dalhousie University are challenging the status quo in shark and ray mating research in a new study that looks at biological drivers of multiple paternity in these animals. The results were published March 4 in the journal Molecular Ecology.

Many species of sharks and rays exhibit multiple paternity, where females give birth to a litter of pups that have different fathers. While widely documented in scientific literature, the drivers of this phenomenon are not well understood. However, previous research has cited male aggression as the reason, claiming that the females are unable to avoid their advances during mating. This has led to the "convenience polyandry" theory, the assumption that there is a greater cost for females when refusing male mating attempts, as being the most widely credited explanation.

"If convenience polyandry is the only reason we talk about, it takes the agency away from females," said Kady Lyons, research scientist at Georgia Aquarium and lead author of the study. "If she's investing all this energy into making big babies, why doesn't she get a say in who will be the sire of her offspring?"

While multiple paternity has been documented in many elasmobranchs (sharks and rays), this is the first study to evaluate it starting from the female point-of-view. The researchers note that most studies on shark and ray reproduction were conducted by male scientists, and their biases could manifest in their research.